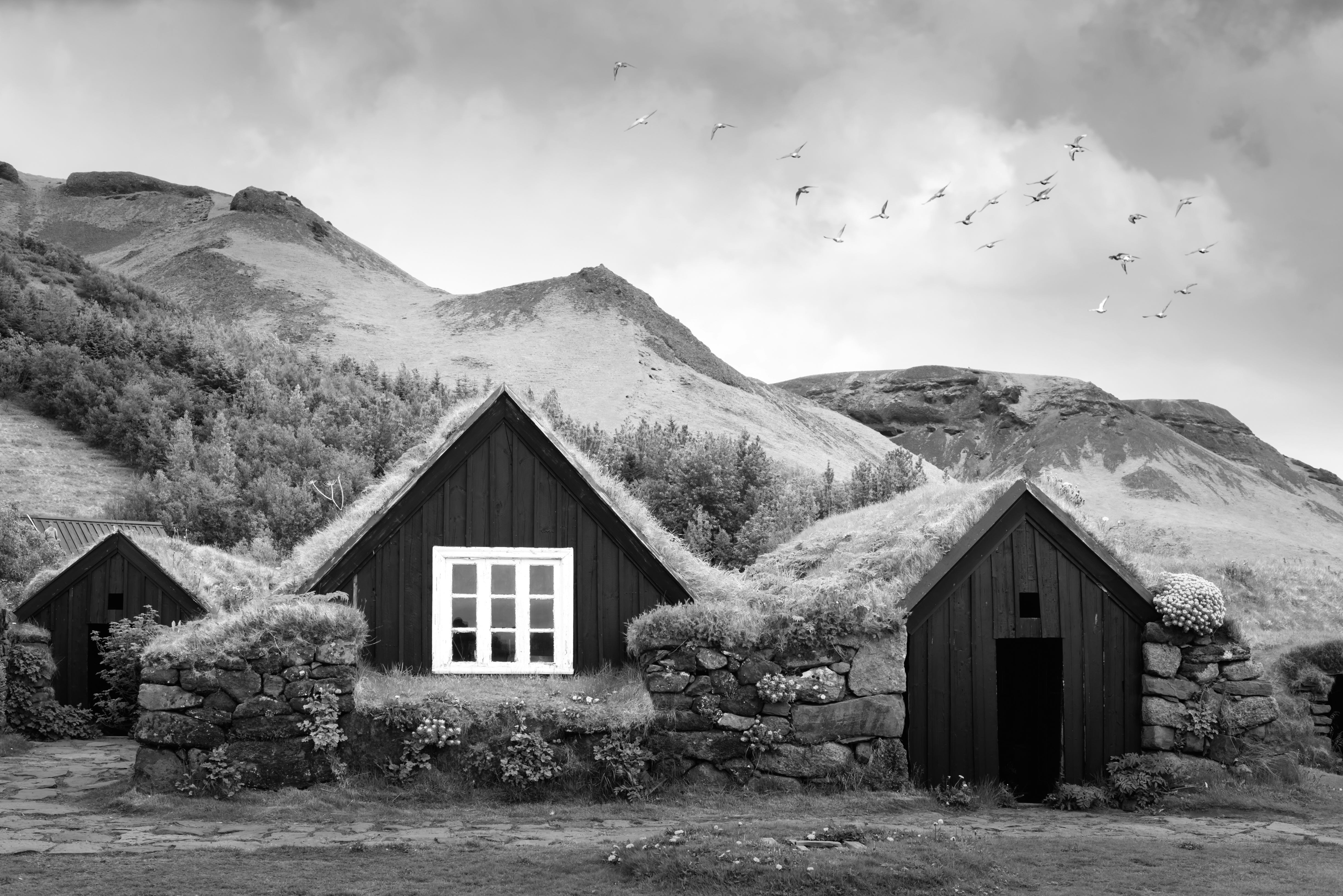 This title has been borrowed from Bernard Rudofsky, a Moravian-born American writer, architect, and social historian who published an influential book of the same name in 1964. It has the subtitle ‘A short introduction to non-pedigreed architecture’, suggesting that the ‘buildings’ Rudofsky describes have no lineage or provenance. The subject matter is truly vernacular in that it is architecture which is domestic and functional, but includes habitation (or at least occupation) of rocks, trees and landscapes as well as man-made structures. Essentially, each subject matter is produced not by specialists but by the endeavours of a particular community, where this resultant ‘primitive’ architecture has a beauty of its own. And we shouldn’t confuse primitive with low intelligence, as the book readily illustrates.

Whilst in Iceland recently, I was reminded of this book for two reasons: the first was the relationship between many of the modest subjects of Rudofsky’s essay to their vast landscape settings. Iceland’s rural interior contains huge expanses of inhospitable terrain, dotted by remote safe havens for habitation or work. The sparseness of its population (334,000) relative to the area of the country (103,000 sq km) is startling; roughly equating to 3 people per square kilometre. The capital city of Reykjavik only has a population similar to that of High Wycombe. Compare this to the UK: 65 million people across 243,000 sq km, equating to 267 people per square kilometre. These numbers may be crude statistics, but they are quite tangible when experienced firsthand. There is a definite sense of selective habitation rather than total domination of the land in Iceland. Of course there are parts of the UK where one can feel remote from the crowd too, but there is always the feeling that the crowd is waiting just around the next inconvenient geological feature which happened to get in the way of more development.

The second reason why the book came to mind, and related to the first, was the effortless way these modest rural buildings are set in their lava fields, valleys and mountainsides. Whilst I am certainly no expert on Icelandic planning law, I understand similar rules to ours apply, and permissions are sought and consented at different municipal levels. So there is some control, yet each example I came across appeared effortlessly located with such modest aspiration and yet with such logical placement. The simple rules of ‘home as shelter’ seem to have been observed, where the ‘design’ is a direct response to nature in terms of sun and wind orientation, natural screening, lee side locations, ground conditions and flood levels etc. Of course, the need to tiptoe around steaming fields, 100 year eruptions, lava flows and the occasional ash cloud does focus the mind a little.

In terms of material, these buildings have a charm of their own too. Honest weathering materials such as corrugated steel and timber boarding are chosen for low cost, ease of transportation and simple replacement when the elements really do decide to punish.

A good friend of mine recently insisting on interrupting my own reading with some incisive passages from the excellent The Year of Living Danishly by Helen Russell. Many of the extracts she chose had real resonance (no random selection on her part I should add), but one section in particular where the author describes how she stumbled on a lightbulb moment partway through her year that one’s immediate environment can affect one’s mood struck a particular chord with me. There is little ugliness I can find in nature, but we are masters of creating physical nightmares of our own and I can genuinely get quite despondent in the poor environments we humans have created. I may be odd, but I suspect I’m not alone in this.