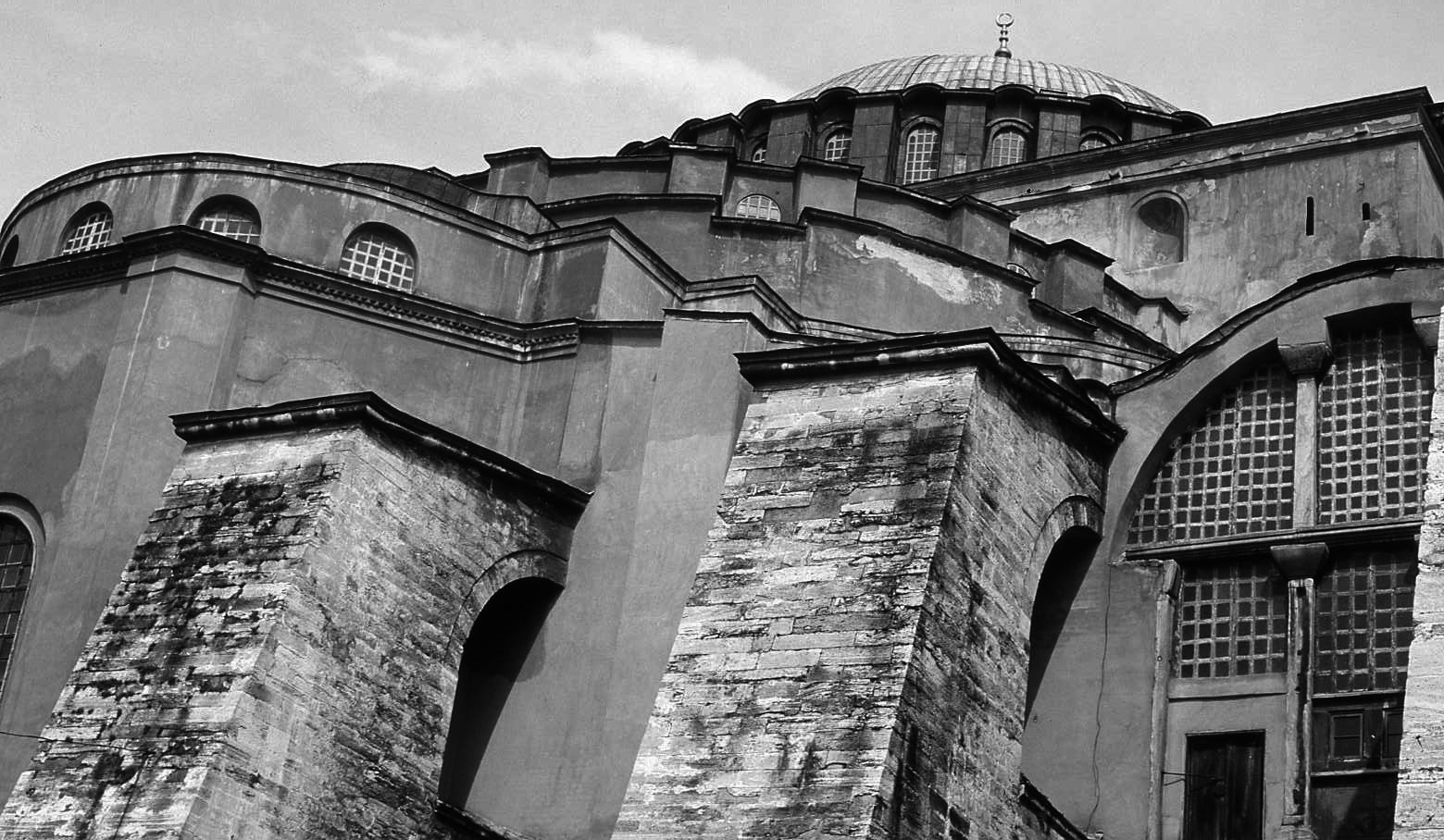 My first visit to Istanbul was part of an architectural tour while studying at the Architectural Association. We were ably led by my tutor, Mark Prizeman, who was a founding member of the avant-garde architectural group NATO (which stood for Narrative Architecture Today). NATO took a serious although somewhat anarchic view of architecture so our first project, which was called a ‘derive’, involved a technique borrowed from a French group of late twentieth-century artists and intellectuals known as the Situationists. This deconstructive approach involved throwing a ruler randomly onto a map of the city, drawing a line and then following that line as a method of ‘non-hierarchical’ exploration of the city. What followed was a very revealing but random cross-section of what was then, in the early 1990s, a wonderfully diverse, chaotic and inspiring city.

Unfortunately, in this instance, we ended up in the docks being surrounded by a pack of wild dogs, one of whom managed to bite a large chunk out of my tutor’s leg. This was no problem for one of the members of our group, who assured us with a grin that he happened to have brought a large hunting knife just for such an occasion and proceeded to tell us about the merits of cauterising such a wound with said knife, heated to red hot. Perhaps fueled by the copious quantities of raki (the local aniseed alcohol) that we had drunk, we all agreed that this was a sensible idea. The hilarious vision of ten students pinning down our much loved and respected tutor as he writhed in agony on the hotel bed as a red-hot knife was applied to his wound will forever be seared, as it were, into my memory.

For me then, Istanbul always had this wild, edgy randomness attached to it. It was a thriving, anarchic mess, where cross-dressing nightclubs were adjacent to ancient Roman amphitheatres; where exotic spiced tripe bars co-existed with resuscitated American taxis from the 1950s called ‘Dolmus’. The steam of ancient Turkish baths mixed with the wood smoke from a million wood fires. If you wanted to plug into the electricity grid you just threw a wire over the nearest pylon, and if you wanted to build a fire you just banged a hole in the wall and put a flue through it. Planning, in the sense we know it in Britain, just did not exist. In fact, it encapsulated, almost perfectly the philosophical approach of NATO, which celebrated the diverse and uncontrollable city as the prototype for all building.

This is why I was so disappointed when I heard that the Turkish president, Recep Tayyip Erdogan, had announced that the Hagia Sophia in Istanbul will again become a mosque and hold religious services. It has been a secular space since 1935 when President Ataturk established it as a museum. This seemingly populist decision seems at odds with the city I once knew and loved.