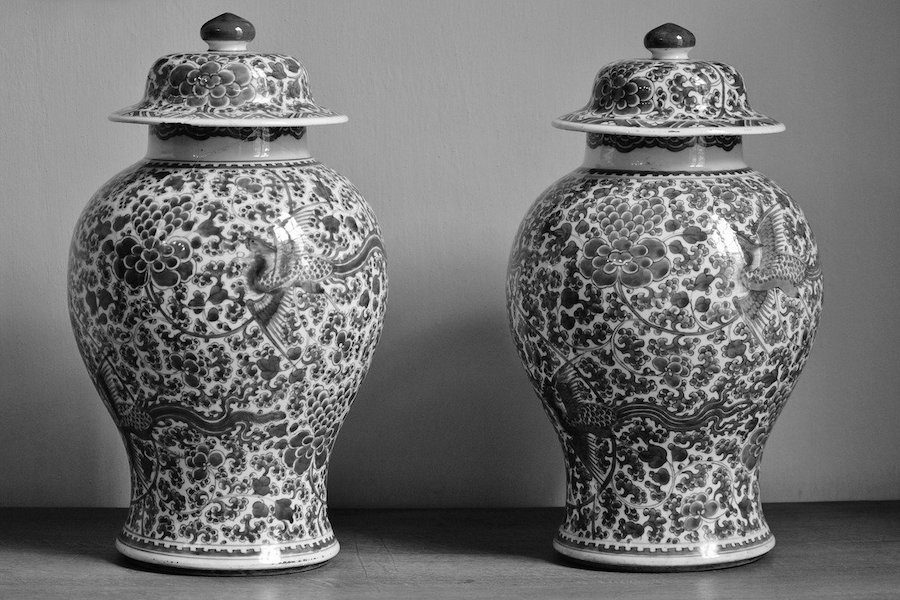 When Marco Polo returned to Europe from his journey around Asia he brought back many things. One that attracted much attention at the time and went on to have a profound influence on European civilisation was an example of a kind of ceramic completely unknown to Europeans at the time. That was porcelain. He had no idea of how it was made and over the following centuries, as small amounts of this kind of ware made their way to Europe, all kinds of strange theories multiplied as to what porcelain consisted of and how it was made. It was one of the mysteries of the Orient for Europeans of the Middle Ages and later.

Porcelain is a distinctive kind of pottery. Made by combining kaolin clay with a type of stone (petunse), it has a unique set of qualities. It is pure white in colour and can be manipulated with far more facility than other mixes, to the point of being near translucent. Fired at a much higher heat than other ceramics, it is light yet very tough and resilient. If tapped it rings like a bell.

For centuries it has been prized and collected, often commanding a price that made it literally worth its weight in silver. It was one of the many things first invented in China. It first appears for certain under the Tang dynasty in the seventh century but was probably developed several centuries earlier, under the Han dynasty and then perfected during the Age of the Three Kingdoms that followed the collapse of the Han. During the Tang and Song eras, the art of making porcelain items and their decoration was refined to a supreme level.