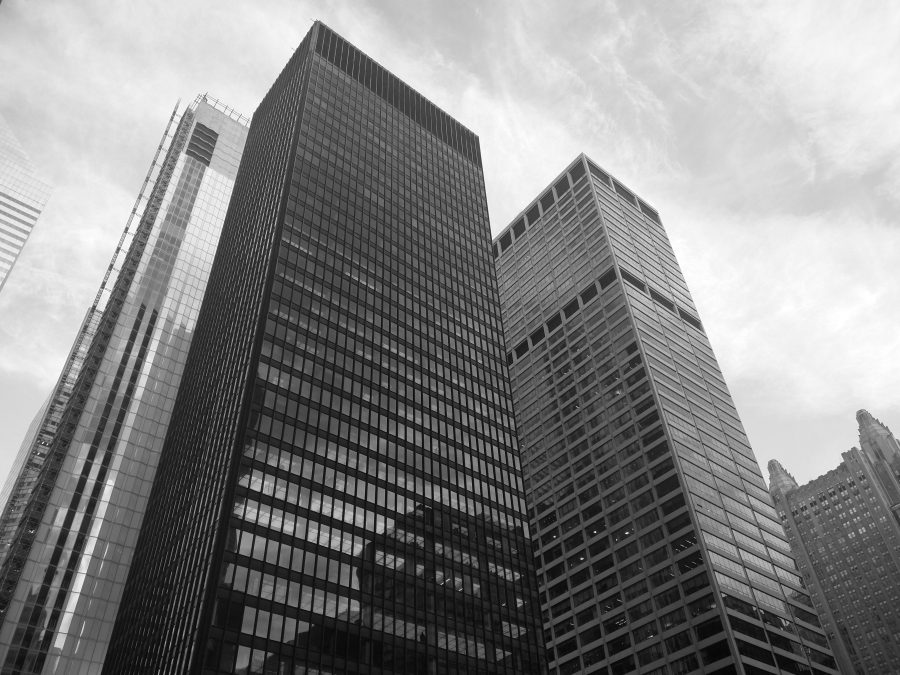 This article was originally published in March 2019.

How a whisky magnate’s daughter fought to build a skyscraper that still takes the breath away.

I must confess that I am not a huge fan of skyscrapers – or ‘cloud busters’ as they were first described in Chicago in the 1920s. However, on my first visit to the Seagram Building in New York, I was completely won over.

Samuel Bronfman, founder and president of the Canadian firm Distillers Corporation (which acquired Seagram and took on its name in 1928), understood the effect a company’s buildings could have on its brand. In 1934 he moved the drinks firm’s head office to the recently completed Art Deco Chrysler Building in New York. Then, in 1950, having occupied the Chrysler Building for many years, he decided it was time to build a headquarters owned by the company itself.

The real estate firm Anton Trunk recommended the purchase of the site of the Montana on Park Avenue, knowing Bronfman favoured the locale. In 1951, 375 Park Avenue, the Montana and its site as well as neighbouring buildings were acquired from the 373 Park Avenue Corporation for US$4 million.

Three and a half years would pass between the acquisition of the site and the signing of the contract with the firm of architects that would design the new building.

Samuel Bronfman commenced the process by commissioning Lou R. Crandall of George A. Fuller, a major construction company, to come up with a blueprint for a prospective design in collaboration with architects, Kahn & Jacobs, and the real estate firm, Cushman & Wakefield. On 28March 1952, Crandall signed an agreement with Joseph E. Seagram & Sons Inc for the demolition of the Montana at 375 Park Avenue and presented a study entitled ‘Project Skytop’. This involved various options – from a multi-tenanted building of around 1 million sq ft to a building of 331,000 sq ft exclusively occupied by the owner.