A warning from two hedge fund managers: rigged to fail – The Property Chronicle
Sign up for FREE now to get the weekly Property Chronicle Bulletin and never miss out on the latest insight from our expert contributors 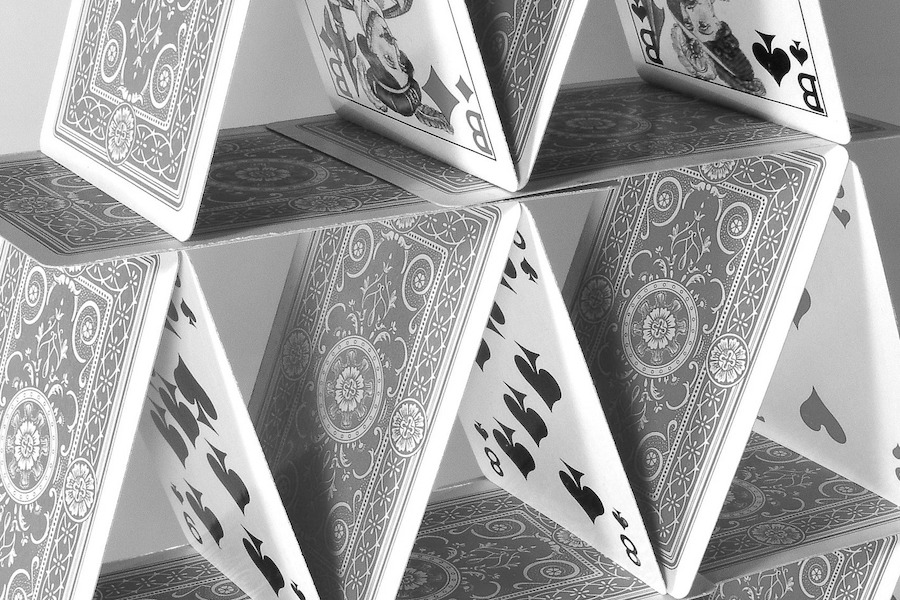 Matthew Piepenburg and Thomas Lott, two hedge fund managers with Ivy League pedigrees, have issued a stark warning in their latest book Rigged to Fail. Published in February 2020, the book is as timely as it is easy to read. Although it missed out on encompassing the March 2020 crash, the lessons and advice in the book are timeless.

If anything, the book looks months if not years into the horizon, touching on not the latest investment trends but existential questions relating to monetary policy, public spending, economic theory, and sound investing. The main thesis of the book is that the United States as well as the rest of the modern world is preparing itself for an incredibly painful financial crisis due to a long legacy of poor policy-making and market interference.

Essentially, we are in the midst of one of the largest financial bubbles in history and our leaders lack the political will to control it. For some, the book may come off as an overly pessimistic market bear pitch preaching impending doom that never comes. Even if that is the case, the book still features a vast wealth of bluntly spoken economic knowledge that can serve anybody from a new investor to a central banker.

Recessions play an essential role in the economy. They are a natural and healthy correction where poor investments fail and eventually recalibrate to good investments. The problem comes when governments, in their quest to create everlasting growth, try to interfere with this natural process; like trying to prevent death or stop an infectious disease. The authors use many analogies to frat parties to describe recessions and government policy. Although that is certainly a fine metaphor, it may be a little too realistic.

Imagine the market as a party. The boom cycle, characterised by upward financial growth, is when everyone is drinking and having a good time. People are making investments, spending money, and making money. Eventually, people drink a little too much and they wake up hungover in the morning. That’s the bust cycle or a recession, characterised by downward financial growth. Those who were responsible with their money often escaped with little losses, i.e. they were responsible with their liquor consumption the night before and weren’t hungover.

Those who drank too much will be hungover, i.e. making way too many risky investments and overexposing themselves to dangerous assets. There is nothing wrong with this dynamic on its own, as hangovers are natural and they happen to the best of us.

Ideally, you would want a relatively stable financial market characterised by mild booms and busts. Think of a nice dinner party; you won’t be having the time of your life but nobody is getting alcohol poisoning either.

You get a financial crisis when things start getting out of hand. Perhaps there is an unprecedented level of speculation or government manipulation that has created artificial as well as unsustainable incentives that distort investors’ abilities to make sound decisions.

The authors specifically reference the dot-com bubble where investors frantically hopped on trendy and unproven internet-based companies. Another example is the 2008 housing crisis, which former BB&T executive John Allison explains was caused largely in part by a large amount of government-created incentives and interference that led to an unnatural rate of growth that was disastrously unsustainable.

The authors continue with the party analogy when describing the role and influence of central banks, a recent player in the market whose influence has grown to unprecedented levels. Essentially central banks, with their ability to manipulate the money supply, are the uncles who bring the booze to the party. Responsible central bank leaders know how to responsibly monitor the rate of economic growth. The authors note, “Federal Reserve Chairmen William Martin and Paul Volcker deserve equal note for exercising unpopular courage by standing up to bull-market temptations. In 1958, Martin took away Wall Street’s ‘easy money’ punchbowl as soon as he saw that an economic recovery had morphed into greedy, Wall Street speculation and a dangerously overvalued stock market.”