Art for art’s sake: Nice paintings, shame about the building – The Property Chronicle
Sign up for FREE now to get the weekly Property Chronicle Bulletin and never miss out on the latest insight from our expert contributors 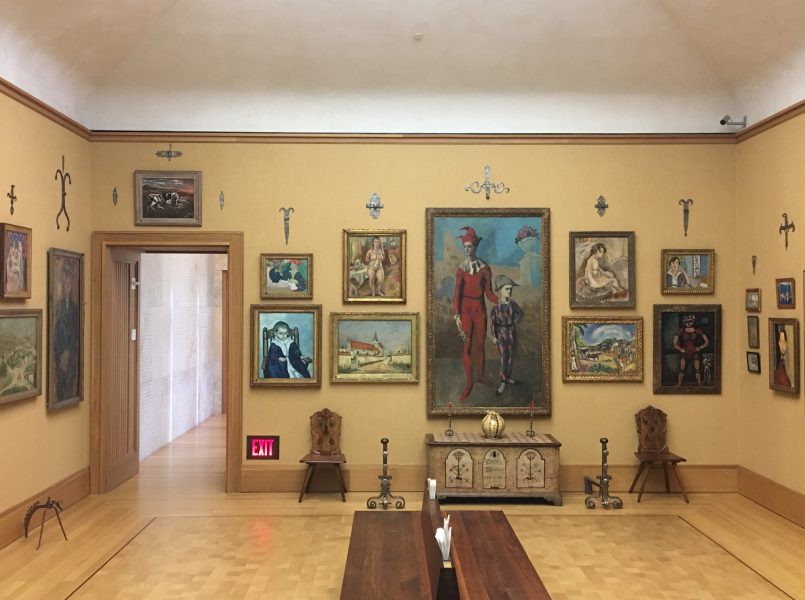 Philadelphia’s new downtown home for the Barnes Foundation’s stunning collection is a missed architectural opportunity – but worth a visit to check out the paintings.

A recent trip to the US included lunch with my godfather at the Philadelphia Club, the country’s oldest club. The older generation have always amazed me with their capacity for fun – besides, two vodka martinis before the meal and a bottle of wine with it always makes for genial conversation. My godfather is an eminent man but also one of the most clubbable. At the last count he holds membership of 15 different clubs around the world, according to his entry in the Social Register. Alas, he represents a waning world. When Edward VII visited Philadelphia as Prince of Wales, he made the confusing comment that he had met a very nice gentleman called ‘Scrapple’ (a type of pork pancake served in the city) and eaten a delicious dish called ‘Biddle’ (an old Philadelphia family surname). Despite misdirected royal compliments such as these, Philadelphia has always struggled to move with the times.

As case in point is that of Dr Albert C Barnes, who invented a silver-based antiseptic called ‘Argyrol’ and used the fortune he consequently amassed to pursue his passion for collecting art. The Barnes Foundation, formerly based outside the city in a wealthy suburb, was founded during his lifetime for the study of art and the collection was used as a tool for teaching. After his death in 1951, it was revealed that his will insisted absolutely nothing in the collection be touched, altered or moved. However, powerful neighbours on the Main Line (imagine the entire cast of the Philadelphia Story but even more uptight, if it is possible to be so) were fed up with the endless tourist buses invading their suburban idyll. Some abnormalities were found in the foundation’s administration by the local community college, and a legal wedge was then used to break the will and create a new building downtown to house the vast collection and expose it to more people by saving them an arduous trip to the suburbs.

The Barnes has one of the greatest collections of impressionist and post-impressionist paintings in the world outside France. The collection includes 181 Renoirs, 69 Cézannes, 59 Matisses, 46 Picassos, numerous lesser impressionists and some old masters. An architectural competition was held in 2008 to design a new building to house the collection. The winners, Tod Williams and Billie Tsien, were announced in 2012 and the building was completed in 2015.

The new building sits on Benjamin Franklin Parkway, a grand, tree-lined boulevard modelled on Paris’ Champs-Élysées that runs from City Hall to the large neoclassical Philadelphia Museum of Art (known by locals as the ‘Greek Garage’). The emulation of Haussmann’s ceremonial avenue went to the extreme of creating exact replicas of twin buildings on the Place de la Concorde at 1:1 scale. These are indistinguishable from the originals, aside from the context of the seemingly adjacent cluster of skyscrapers just one mile away downtown.