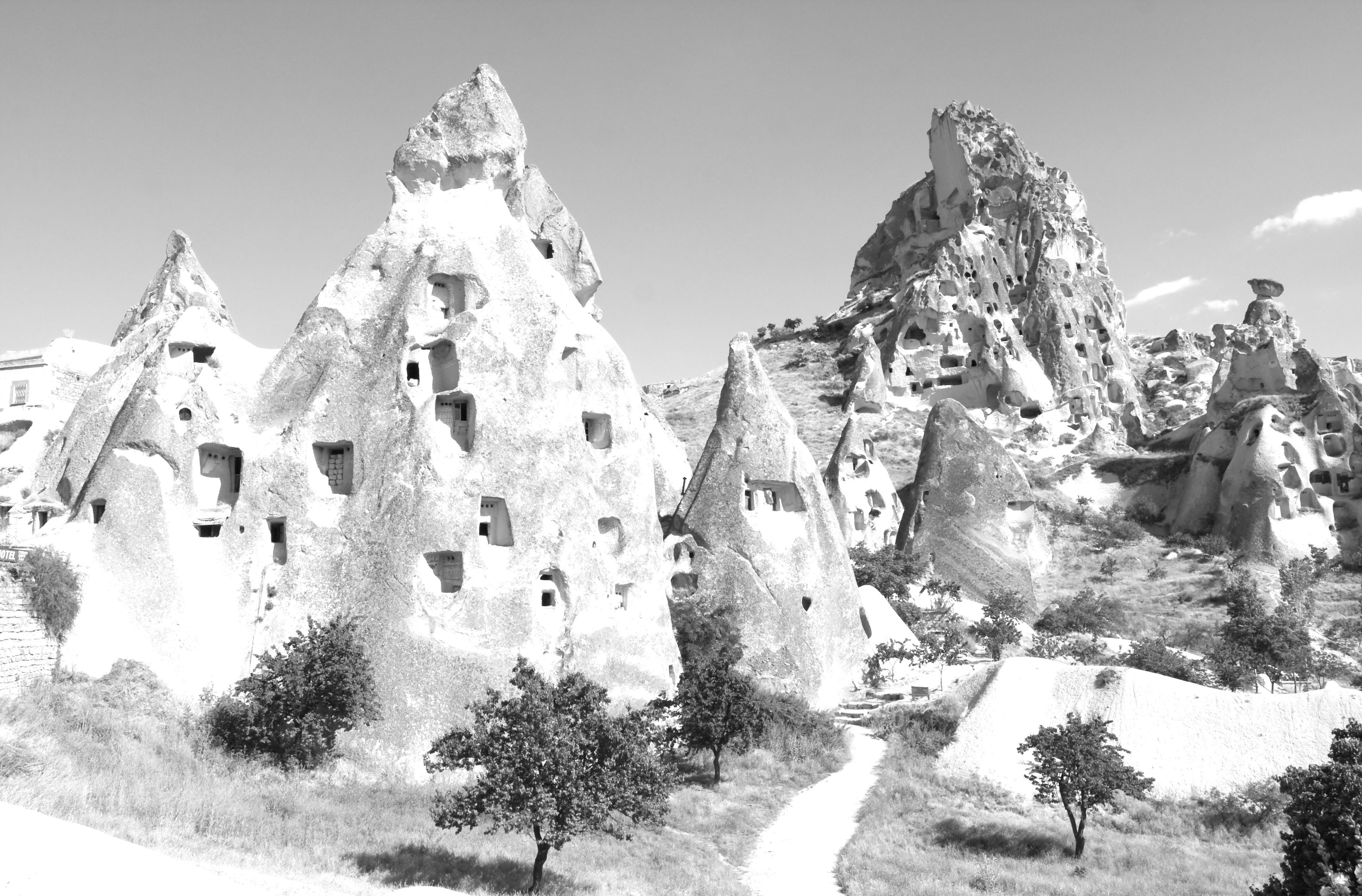 Anyone who has visited the below ground troglodyte houses of Cappadocia, a region of central Turkey, knows that these ancient habitations are as impressive as they are unusual. They are mostly cut out of the rock face of a steep mountain. They offer very good thermal properties being naturally cool in the hot summers and warm in the cold winters. The prospect from them can be as breathtaking as the aspect because they are inserted into the sides of curiously shaped conical stone hills and afford the inhabitant super views of the strange surrounding landscape.

Generally, however, it is difficult to create comfortable underground rooms for living. This is why, in many parts of the world, for example hotels in the Middle East, the top half of a building above ground is serviced by a bottom half which is submerged below ground. The two worlds, although part of the same building, can exist without the top half knowing about the existence of the bottom half except when an air conditioner needs repair or when room service miraculously appears at the touch of a button. In London, on the other hand, we seem to have reached a point where houses in the most expensive areas, rather than housing the service and staff below ground, create subterranean luxury additions which are so popular they are deemed a necessity for modern life for those who can afford them.

So why are we obsessed with excavating below ground? In London the pressure and demands on space are substantial, but severe restrictions on development are in place. It is not possible to go up. It is not permissible to enlarge plot sizes as it is not possible to buy a few plots and to replace the buildings with new. It is not feasible to extend to the rear. The old bomb sites from World War II have all been built over now. Only small infill developments can be built here or there. In addition the Green Belt restricts outward development of the city. Apart from a rather measly conservatory extension or maybe a roof conversion, the only way to expand is downwards, into the London clay.