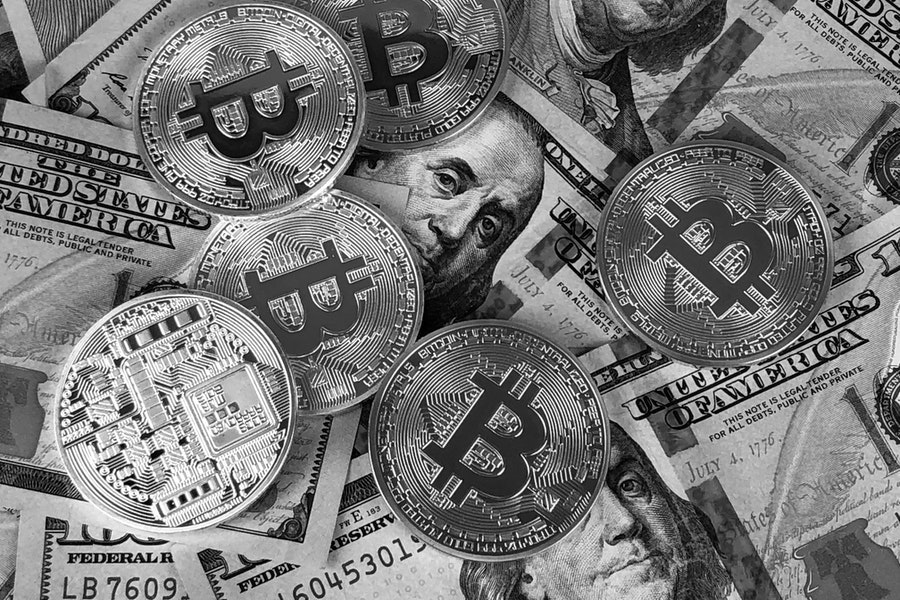 Two of our top contributors, Bill Blain and Ethan Yang, argue it out over bitcoin. Is it no more than imaginary money we’d be foolish to trust, or could it be a medium of growing substance that at the very least is telling us something important?

The current uncertainty on markets, politics, government pandemic spending programmes, and central bank QE very much suits proponents of bitcoin. Febrile markets mean bitcoin is on a roll – but it’s just another of its periodic flirtations with the financially credulous who have driven the price up 65% since September to $18,300.

After watching it for years, I confidently expect bitcoin will soar higher, attracting more and more cash from buyers who ‘understand it’ and then it will, predictably, crash again. In the meantime there will be a lot of noise and a lot of social media fake-news about how people got spectacularly rich. At the end the ‘greater fools’ will be left holding bitcoin watching the value plummet before discovering their digital wallet got hacked and is empty.

We have been here before.

Yesterday the FT asked some questions about the recurring crisis on crypto-exchanges and coin-wallets. Still, they concluded bitcoin is a maturing asset class. It quoted a billionaire hedge fund manager calling it an inflation hedge with great intellectual capital behind it. Bollchocks.

I understand what bitcoin is very well. It pretends to be more than money (money and exchangeability combined as one), but it isn’t. It’s not real like gold, it’s not guaranteed like real money. It’s something else… clever and possibly malign.

Its only credential is the number of other people who believe in it. Its ability to be an instantly transferred store of value and unit of account relies on everyone who bought into it, or smells the opportunity around it, or continues to suspend any disbelief and accepts the intangible BC is a real thing. To everyone else… it makes limited sense to replace gold or money with something so intangible – they probably remember the story of the emperor’s new clothes.

And that’s the issue: there are those of us who see no real need for such a notional asset, and there are those who see great opportunities for personal enrichment by convincing people there is greater utility and wealth prospect from bitcoin than in fiat money or gold. So they talk up bitcoin and convince us gold is worth nothing (that 5,000 years of history has been overturned) and currencies are just an enormous scam governments are using to control us.

The supporters of bitcoin fall into three camps (which I will describe below). Everyone else is being pulled along for the ride. Forget whatever guff you read about how bitcoin will change the world, how it opens new windows on financial innovation, or how it is a safe store of value when governments are destroying trust in money – put it aside. Ignore such nonsense – these are all part of the insidious narrative upon which bitcoin sponsors further their cons and get-rich-quick schemes.

Approach everything you read or hear on bitcoin with great suspicion: all the proponents of BC have one common objective: to establish a wider veneer of credibility to attract in the next ‘greater fool’.

The first group are criminal. Bitcoin is the perfect untraceable token and transfer mechanism in the netherworld of the dark web and silk roads. Its anonymity makes it the preferred medium for any kind of cybercrime. You don’t have to believe in the concept or understand the complexities of distributed ledgers to accept it’s the preferred way for the underworld and shadow economy to transact. Untraceable, easy-to-launder, easy-to-transfer money – it’s the dream asset for the shadow economy.

The second group are the social theorists with a grudge. If you argue about bitcoin – as we did in our virtual office yesterday – very quickly the libertarians will emerge, pounding on about how bitcoin is immune to the vague and imagined dangers of government spending creating inflation, how it’s fighting communism and the dangers of socialist money creation. It’s the antidote to the inherent evil they perceive in government monopolies on money. Bitcoin has become a poster-child for the libertarian right’s war on ‘big’ government.

And the third group are the public who’ve bought bitcoin. They crave reinforcement and praise for their financial acumen. They don’t particularly need to understand the tech or the social aspects of bitcoin. They just want to see it rise higher and higher – and you will meet them in all kinds of social situations bragging about how much they’ve made. Their ‘follow-the-leader’ success is compelling – yesterday a number of my colleagues were letting their sceptical barriers down, suggesting: “Well, maybe I will put just one percent of my assets into BC…” That’s dangerous – scepticism will turn to belief.

Money works because it is accepted. All three groups want to see bitcoin gain credibility which means wider acceptance.

Wider acceptance means greater demand. Which explains why a Citicorp analyst was on the wires this week predicting it will hit $318,000 in 2021. Greater adoption by users will inflate the value of the scarce asset. My simple maths says the demand for bitcoin would have to astronomically increase – being accepted as a credible medium of exchange by around 20 times more people than currently believe.

All the bitcoin hacks are on the wires saying the fact Paypal now accepts BC is a “tremendous” step in increased adoption, and will boost BC higher. Remember: aside from the dark web, everything you can buy with a bitcoin, you can already buy with a dollar.