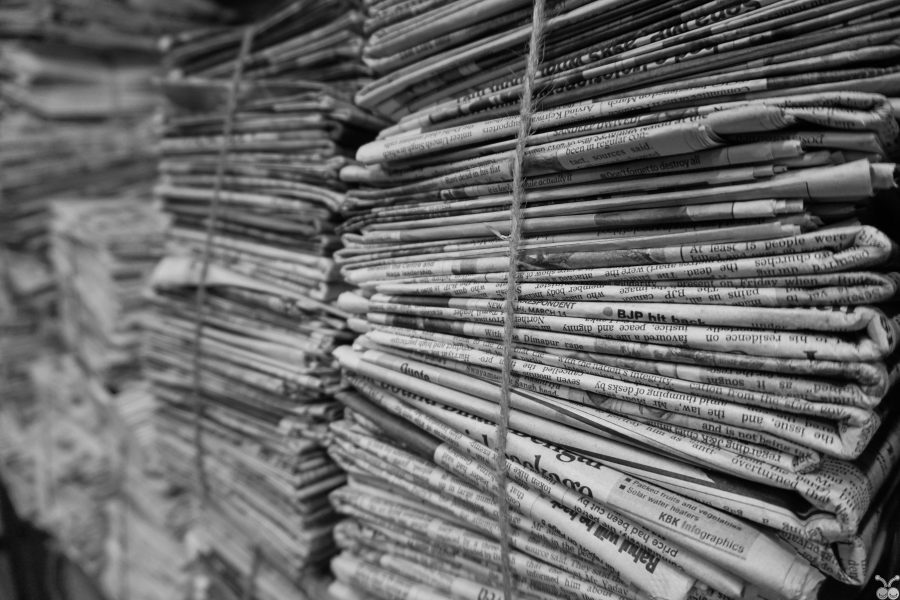 “A February Super Snow Moon? Its warmer than a Scottish Summer out there…”

I note with some delight Bernie Sanders plans to stand for US President. One of my US chums sent me the story of the Half-a-Bernie sign propped up against a wall. Someone had cut it neatly in two and left the wooden handle affixed to the remaining half. Attached was a note: “Dear Bernie; you had a sign and I didn’t, so I took half. I’m sure you understand.”

I did feel something of a market judder y’day – just a moment where it felt like all the negativity was on the verge of swamping markets. Whether is the cumulative effect of US rate path expectations (Fed today), China Trade Wars, Trump vs Europe, (ECB tomorrow), Brexit, and all the rest.. or the UK mid-term holidays, the whole market feels thin and rudderless. At least Wal-Mart surprised to the upside! One of my top stock technical commentators is my old buddy Steve Previs of Mint who calls it “complacent.” That’s never a good thing. His charts are telling him to look for a “corrective C wave” but for now he’s patient as “FOMO” (Fear of Missing Out) continues to drive the current trend.

I am fortunate enough to work with some very bright folk here at Shard. Yesterday we were shooting the breeze on the current market uncertainties, threats and fears. We came to the conclusion we’ll know the moment we hit the Reefs of Crisis when we hear the crashing wail of market liquidity vanishing. What’s that sound – it’s the Macro Liquidity Storm! Coming to a market near you. Maybe Very Soon!

As always, we try to find positives in all the bad stuff. We found ourselves wondering why EM markets are higher when the Global Growth outlook looks to be slowing, uncertainty is rising, and the potential risk opportunities could be multiple. Why? Maybe things are only so bad because they are going to get better?

One of the places we started was Venezuela – basket case or what? What can possibly get better? Some say it’s a powder keg with a lit fuse sitting next to a truck full of av-gas. Well, my colleague Carlos Ramirez disagrees. And he probably knows better than most. He’s from the country! He told me: “What did anyone expect? Before Chavez died, he appointed an uneducated bus driver called Nicolas Maduro to run the country with the largest oil reserves in the world.”

Carlos went on to explain that political failure is not exactly new in Venezuela – how populism has fuelled corruption, the occasional dictatorship, and state kleptocracy through the last 60 years. What makes the Chaves/Maduro era different and even more destructive has been the genocide of private industry in pursuit of their nonsense vision of Venezuelan/Latino 21st Century socialism.

Now we are caught in a stand-off. Over 50 countries recognise Juan Guaido, a virtually unknown lawmaker who’s assumed leadership of the National Assembly, as the interim president. The country desperately needs aid, but Maduro is unwilling to contemplate it as a direct criticism of his regime. The army supports him and is not going to stand aside – senior officers are as guilty as Maduro of drug-trafficking and corruption.

Venezuela is not a strong investment thesis. But, efforts to take Aid across the border with aid later this week will be critical. If they succeed, and the army melts away, then its game over for Maduro. We think there’s a high chance it could happen – perhaps “greased” with a political amnesty announcement.  With Venezuela likely to rejoin the human race, is it time to support the new regime and buy? The oil is still there. Government bonds should stand better in a restructuring, and an IMF bailout will be on the cards. Oil company PDVSA bonds are more complex – and not for the faint of heart! Give Carlos or I a shout for ideas!

The point is that Venezuela might be uninvestible today, but will be a screaming buy at some point in this Jam-Tomorrow cycle. (Before anyone calls – yes, we are aware Hedge funds are already in buying!)

We started wondering about all the other real threats…

China – how long can “The People’s Party” delay a trade-war resolution and survive the looming tech war? The recent data highlights the Chinese economy may be slowing faster than XI can maintain his grip – he’s weaker than ever before. (Raising one scenario threat of a long-drawn out period of uncertainty if he is marginalised/deposed and a power struggle follows. That could be very destabilising and disruptive for the Occidental economies desperate to sell the China!)