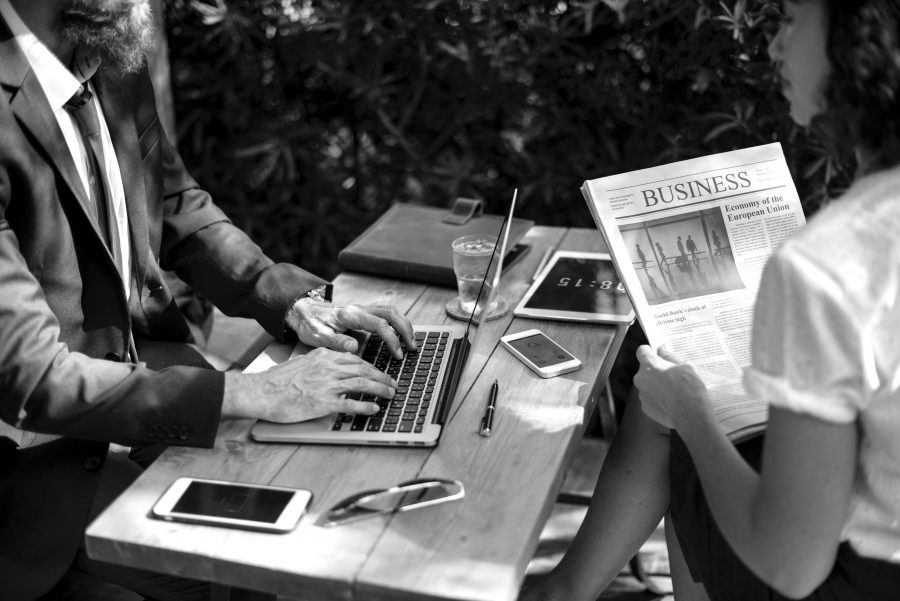 Lots of stuff for today… Kashmir, Brexit Shenanigans, and where next on trade negotiations… but let’s wait and see what develops.

Yesterday, I was reminded of the punchline – “Look upon my works ye mighty and despair”.

What’s been the big corporate story of 2019? Perhaps it’s how close GE got to the edge. Once America’s premier AAA name, new CEO Larry Culp is hastily divesting parts of the broken conglomerate – raising $21 bln by selling its Biopharma unit and $3 bln dumping its loco business this week. It gives GE some flexibility and time to evolve into a new niche.. whatever that turns out to be. How the mighty are fallen.. Ozymandias indeed..

Instead of writing the porridge, I found myself blathering about Standard Chartered Bank’s rather underwhelming results and lacklustre new “strategic plan”. I don’t buy it. It promises “Jam Tomorrow”, but I doubt there is any real prospect it will ever be delivered. STAN and HSBC both suffered from Asian weakness at the end of last year. Both proudly point to the legacy of their Asian strength (where HSBC make 90% of their profit), but are reticent about the enormous challenges they face as Asia evolves.

My thesis is simple: I suspect the “British Banks in Asia” bubble has burst, (probably a long time ago), and these names just don’t realise it yet.

The conventional wisdom is STAN will do well because of its’ mastery of EM and Asian markets, while HSBC is now so big, dominant, and SIFI it will always win through. Although a global slowdown might have short-term negative effects on both, long-term they are poised to do well from diversification – when Asia is suffering a slowdown, growth slows to 5%! compared to a European “boom” when growth rises over 1%! What’s not to like? Asia is where the money is, and the oriental economies will soon surpass the broken occident.

If so, why are STAN and HSBC stock prices declining? Analysts ask complex and detailed questions about Net Interest Margins, tax and free capital, but what I read is the market pricing two tired institutions approaching the end of their natural cycle. Just like GE!

Shock horror! Its heresy to question the Asian money-tree credentials of Britain’s ”finest” banks? Wake up and smell the Chai!

Strip out the noise and promises to double ROE in STAN results presentation – it’s a bank in deep trouble and nowhere to run. It’s pulling back from regions where its underperforming – including the major markets in the UAE, Indonesia, India (largest potential customer base on the planet) and Korea. Its selling a minority stake in its key Indonesian partner to free up and rationalise its capital – so it can look a stronger bank. And its raising cash so it can mount stock buybacks. How imaginative.

What else can it do to reverse a 10-year decline in its stock price? It trades at a massive discount and is trying to break into the already very crowded HNW space in Asia.. (who isn’t?) while looking to digitisation to build a retail business in Africa. Digitisation makes sound financial sense – but it’s not easy. Especially in old, bureaucratic institutions with multiple numbers of legacy platforms and regional HQs struggling to remain relevant while declaring they are reinventing and innovating for the modern age. And it’s not as if retail customers remain sticky high-margin depositors anymore if every Fintech new-bank startup can do it better!

Where does STAN go from here?

Even more interesting is HSBC. Once it was the World’s Local Bank. I’ll be impressed if it comes anywhere close to meeting its recent ROE promises to get to 10%. It likes to talk about its pivot to Asia, but I suspect it’s simply been lazy – using its easy Asian money to justify giving up elsewhere. It’s easy to please shareholders by pivoting to where its making 90% of its money – which may explain why their UK retail bank is so awful and their US bank essentially unfixable. HSBC claims its DNA – many of the senior management are HSBC lifers – gives it unique strength and insights. My own suspicion is it’s become inbred.

How sticky are the Asian earnings of HSBC and STAN?

I don’t think the future of finance bodes well for the last British banks in Asia unless they dramatically evolve. We all know Asia is where the new billionaires are – that’s why every other investment bank, private bank and wealth manager has also “pivoted” to the region. It’s markets are developing rapidly, and maturing.. which means new businesses, and quality of execution, are becoming critical. Do them well and fast, and thrive. Approach them as a bureaucrat and fail. As economies mature, growth will moderate and the demand for services will change.

Perhaps the world’s fastest growing financial market – Chinese Corporate Debt – isn’t one to jump into, but experience shows finance move from banks to non-bank lenders as the market economy matures. US Banks get the disintermeditisation threat and arb it. I’m not sure the Brits know it’s even happening.