Blain’s Morning Porridge: Irrational is rational – The Property Chronicle
Sign up for FREE now to get the weekly Property Chronicle Bulletin and never miss out on the latest insight from our expert contributors 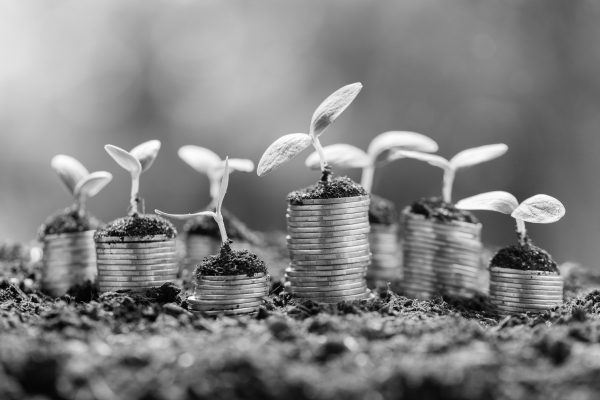 “I don’t love the idea of being a house cat, but what’s the solution?”

When you are looking for someone to blame remember this: The Market is not stupid. Participants are.

When Fed heads and economists are warning of more pain still to come, when investors believe the US needs another $1 trillion stimulus, and the FTSE is worth less than Apple… you have to wonder what’s different? Perhaps the main reason stocks remain so insanely high is because there is absolutely nothing else worth chasing returns on…

Usually markets correct because something happens – like funds stopping redemptions in 2007 triggering a cascade effect that culminated in the collapse of Lehman. Maybe this time it will be an outbreak of un-common sense?

The market is the summation of all the multiple views and perceptions of each and every participant. If these views are stupid, perceptions are false, or participants believe in unicorns and whatever else they desperately want to pin their hopes to – don’t blame what’s going to happen on Mr Market. He/She/It doesn’t care. It only exists to help you realise your mistakes, and turn bad ideas into tangible losses.

A bubble market is one where the “whatever-you-want-to-believe” forces overcome well-grounded common sense, causing story stocks to head off on ballistic parabolas. (The clue to how it usually ends is in the words ballistic and parabola.) Even the few stocks that reach escape velocity and go into orbit – eventually see that orbit decay. That decays is due to the gravitational forces called obsolescence and competition. Practically no stock ever remains in the top 10 for more than a decade or two. Creative destruction ensures new firms are constantly emerging to meet consumer demand.

At some point even Apple will just be (once more), something that falls from a tree – although it does look like pent-up lockdown frustrations mean the new iPhone (perhaps later this month) will become the most eagerly desired product in consumer history!

Some story stocks get a boost from events. The current market darling is Zoom – profits up by 3300% on the back of the pandemic. It’s achieved the remarkable accolade of becoming the verb for video-meetings – which gives it an incredible leg-up versus its many rival video-conferencing apps. Zoom was a cottage industry a year ago – making a $5mm profit. It made $186 mm in the last 3 months – and, yes, $186mm might seem a little insignificant to justify a $125 bln market cap – but relax… its Zoom. It’s so now… But I don’t know what it will be worth tomorrow.

As far as I can make out the reason Zoom made any profit is companies signing off employee expenses to pay for the pro-version, which you need for a meeting longer than 45 mins. Being a thrifty Scotsman, I wondered about this – and since we already have Teams why pay for another similar video service.. Sure.. there were arguments about quality vs security, and Zoom is easy to use while Teams is frankly a pain in the bottom.

Zoom is not a bad company. Lucky and in the right place at the right time. If the virus has not accelerated adoption of WFH and video-conferencing, I dare say it would have struggled on not making any decent money for years and either vanish or join so many other tech companies we never really heard of.

Other Tech firms do have stories to beguile us with – none more so than Tesla. When Elon tweeted his stock-price was too high a few weeks ago… well now we know what he meant. The stock split was a brilliant idea – enabling his legions of Robinhood fanboys to buy into the suddenly much cheaper 5 for 1 price. Brilliant. The fanboys get the opportunity to own less of the firm for more! And to facilitate them, Tesla quietly raised $5 bln via a new stock sale! The market didn’t even blink.

Of course, daring to criticise Telsa is a dangerous thing. Some 25 year-old self-declared Market Genius will post a video rant demonstrating with dodgy charts why Tesla will rule the world and tell the world what an idiot I am. He will focus on my call last year to sell. YEP. I GOT THAT WRONG. As did many short-sellers. As has been said before, the market can remain irrational longer than you can stay solvent.

Mea Culpa. Tesla is likely to survive. It’s unlikely to implode. They are making good cars that people are buying.  I just wonder what its’ really worth. I still don’t buy the Tesla narrative.

Reading the through the posts on a recent negative article on Tesla, the author was taking lots of predictable flack, this time about the Tesla Battery Day on September 22nd. All the posts said the same thing – battery day means one thing: the stock is going even higher.

I’m intrigued – so I tried to find out what could Tesla possibly announce in terms of Battery Tech which will greatly increase profits and push them even further ahead of the competition in terms of Electric Vehicles.

Turns out there are a lot of possible things for Tesla to brag about on Battery Day. Apparently, Elon is going to do a Steve Jobs on speed presentation that will stun everyone into a buying frenzy. Tesla might be close to being able to lighten batteries and increase their power per kilogram, thus enhancing the range. They may be close to a 1 million mile battery that wont need replacing. They may be planning a Terafactory, 28 times the size and productive capacity of the current giga-factories. They might be doing something clever with silicon annodes. And they might be making enhancements on the cost per battery that will significantly improve the bottom line and margins per car.

These all sound like great steps forward – but they are improvements rather than invention or innovation. They sound laudable and fascinating tech projects – but will they justify Tesla’s 2% of the total global auto market being worth 40+% of the sector’s total market cap? Global auto profits were $105 bln last year. Let’s say Tesla made $1 bln profits (which it didn’t), which would suggest it would to sell some 20 mm cars to justify its 40% of total market cap. Let’s half that number to account for Tesla’s exceptionalism – like self-driving, the earnings potential of each car as self-driving taxis and other stuff that’s apparently unique to the EV-maker.