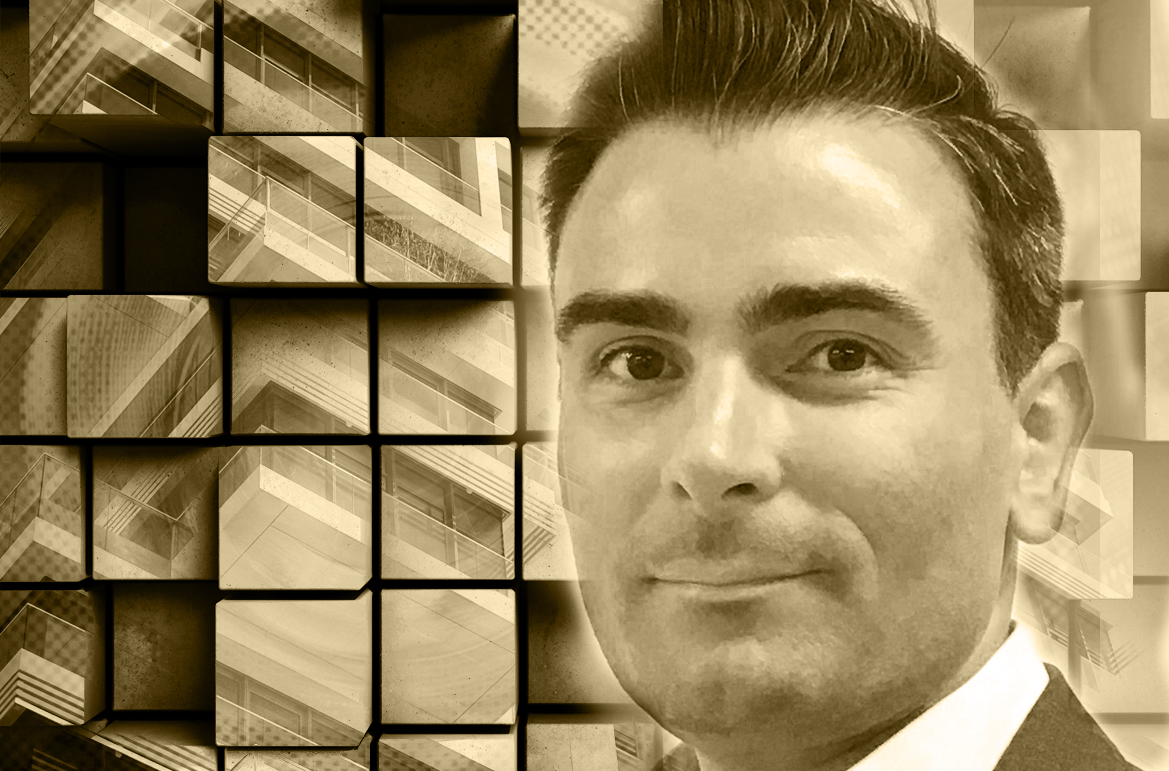 Jonathon Ivory is managing director of Atlas Residential, a US-owned company that wants to build 10,000 build-to-rent units in the UK, with three sites already under construction. He explains the risks and challenges involved in blazing a trail in this burgeoning sector of the market.

You are being quite brave in embarking on a drive to build new multi-unit blocks for residential rental, I say, given how dormant the build-to-rent market in the UK has been for decades. (I mean brave in the sense that a civil servant like Sir Humphrey in Yes Minister would use the term – as in career-threatening if wrong.) But Ivory, a former real estate investment banker, a profession that rarely takes a backward step, is having none of that.

“Can I pick up on your point about being brave? We don’t think that’s necessarily the case. People have been renting, whether it’s houses or apartments, since the country has been building them. It’s just that the ownership of those apartments hasn’t been in what we call institutional hands really since the 70s. All we’re really doing is reintroducing a form of ownership that previously existed and overlaying on top of that a level of professionalism and customer service that we think residents, whether they’re British, North American or wherever, will react positively to. Everyone likes being looked after and treated well. I wouldn’t say we were disrupting or reinventing the wheel. We’re simply doing something that Brits have been used to for decades and we’re just doing it a little bit better. There’s no controversy in that.”

It is true, I concede, that you only have to look around the most fashionable parts of London to see scores of big mansion blocks that were built with institutional money for long term rental – but that was a long time ago, and the world and the regulatory framework was very different.

This concept has been around for a very, very long time. All we’re really doing is reintroducing that theme

“Exactly,” Ivory responds. “Essentially, the Victorians invented our business model. They didn’t use the word ‘institutions’ back then, but large landlords would wholly own and manage blocks before they were broken up on a long leasehold or freehold basis. So the concept has been around for a very, very long time. All we’re really doing is reintroducing that theme. People rent in this country. The rental inventory is in excess of £1.2 trillion in terms of appraised real estate value. So the asset class is vast and has existed for an extremely long time. So, as I said, we’re just introducing things like customer service and professionalism in a way that the UK consumer hasn’t really benefitted from for 30 or 40 years now.”

But isn’t that the point, I say. It’s beyond the memory of a lot of people that this was a model of how people used to live. Ivory agrees. “Right. And that skill set has left the industry. So, if you were a commercial fund manager for the Prudential in the 1970s, then you would’ve had, most likely, a residential portfolio within your remit. But obviously, once those portfolios were broken up and sold off, those skills were lost, to retail and office and things like that. I suppose people are having to relearn a trade, if you will.”

So let’s be clear, I say, about what it is exactly you are doing. You already have three projects underway in Southampton, Birmingham and Salford, with nearly 1,000 flats planned or under construction? “That’s correct. As a single landlord, we are building at scale and scale allows us to provide the kind of economies and efficiencies that we need to deliver the customer service that I was talking about. We have three sites presently in construction. One is now operational. It’s a little over 850 units with an appraised value north of £160 million. We will operate each building with an on site community manage, plus leasing and maintenance staff also on site.”

“The closest analogy I could draw for you would probably be that of a hotel, but without the nightly changeovers and the overheads of maids and food and beverage and things like that. It’s very much taking inspiration from the hospitality industry in terms of customer service and amenity. So we’ll have a gym or a fitness room and a residents’ club lounge or a cinema or something like that – whatever’s appropriate to that local demographic. And it will be run with a relatively small and efficient team on site who can deliver those services at the point of need, so that residents will know who their manager is, they will have a relationship with the staff there, they will be able to organise events through them and we’ll provide a forum for that, whether it be a jogging club or dinner parties or anything like that. We will also make spaces available to them to host events and birthdays.”

“More importantly, the upkeep and maintenance of the fabric of the building will be undertaken by an on-site team, which is really something you don’t see in our competition, which is the buy-to-let universe – Mom and Pop style, as Americans call it, pepper-potted apartments where the landlord is unable to provide the same level of service and management, simply due to the lack of infrastructure and scale that we’re afforded by virtue of the large schemes that we’re doing.”

So, if you are a tenant in one of the properties, do you pay a service charge on top of the rent? “No, we don’t charge a service charge. There will be a base rental payment. Typically, in an Atlas building, things like access to the fitness room and the club lounge and so on would all be free. What we will do is we will offer additional services on top of simply the apartment. We call that ‘other income’. It’s a separate line item or items in our operating cash flow. That is a very varied list. Again, it’s dependent on what that local demographic wants. It’s a menu of services that we will provide.”

“It might be dog walking, dry cleaning or having your room cleaned. Again, it’s a long list that is specific to each property and each resident demographic. Residents can choose to use those services or they can choose not to. If all they want to do is just stay in their apartment and pay their rent and pay the utilities, then that’s absolutely fine. If they choose to take advantage of the additional services that we’ve curated at each building, then they’re able to do so too.”

“Going back to the scale concept, essentially we’re a gatekeeper to a large community of residents. That gives us buying power. So, we can do things like go into the market and negotiate a broadband deal on behalf of our residents and then provide that service at a reduced cost to them that they would otherwise not be able to obtain as a single retail user. That’s a large part of our business and what we do is provide auxiliary services to our residents.”

This is about customer service and what the resident wants

As a tenant, what sort of lease am I going to be offered? What kind of terms am I going to be taking the place on? “We’re flexible with regard to leases. We will primarily offer twelve-month ASTs [assured shorthold tenancies] because that’s what most people are familiar with, but we will offer up to three years if the resident is interested in something of that length. And that’s something that the government is very keen to see us and our peers offer to increase that security of tenure. But even that in itself is an education piece because most landlords don’t offer those kinds of leases. We have found that residents are cautious and will maybe sign a twelve month AST initially and then when they come to re-lease, will realise, ‘actually, I’ve had a great time and experience in this community and so I am looking to stay longer and will sign that longer lease’. But again, we’re flexible. This is about customer service and what the resident wants. So, to the extent that we can provide that, we will.”

And what if I at one point say, ‘I want to buy this place’? What happens then? “The answer is, of course, no. What we don’t do or are very unlikely to do is sell off individual apartments. We think that will compromise the value of the asset. So, when these buildings trade, and I speak now to our US experience, they typically trade to other institutions as a whole block, either as a single community or it might be part of a wider portfolio. That’s typically where the trading occurs.”