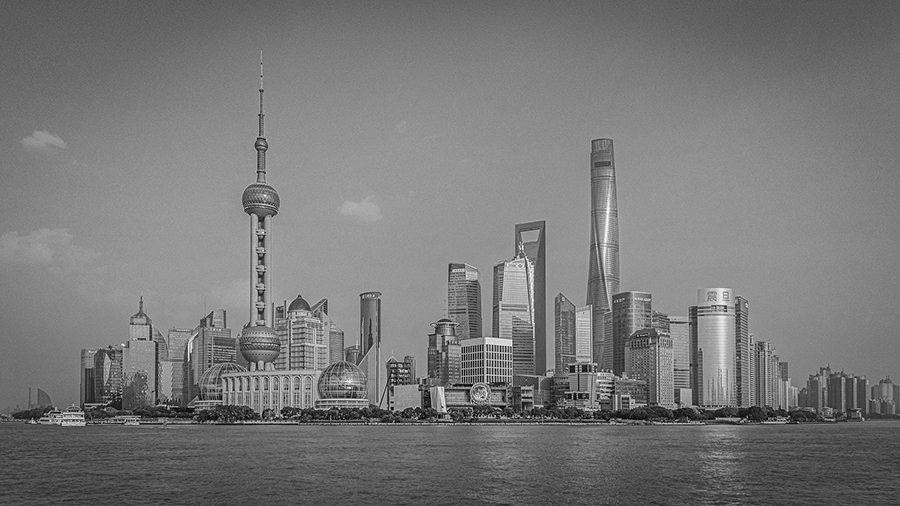 China is huge: 1.4 billion people live in a country covering 3.68 million sq mi, with over 850 million people living in cities. Half of this urban population resides in roughly 130 metropolises with more than a million inhabitants. Thirty metropolises alone have more inhabitants than Berlin. In fact, Shanghai itself has almost seven times more inhabitants than Berlin and Shanghai’s population has grown by three-and-a-half ‘Berlins’ since 2000. What is more, Shanghai’s development is rather a rule than an exception. The number of inhabitants in the 400 or so Chinese cities, for which data is available in the UN’s World Urbanization Prospects, has increased by thirteen-fold on average since 1970, with some remarkable outliers: the population in the city of Dongguan has risen by a factor of almost 60 during this period and in Shenzhen by a factor of 350. According to current forecasts, such as those by the United Nations, the development is expected to slow down, but not to end soon.

With this in mind, China raises an incredible number of serious questions and presents plenty of business opportunities for real estate professionals. Of course, entering China creates many challenges for European investors, but ignoring such a dynamic and such a big market might carry more risk for global real estate professionals than starting to learn about it. This has been the guiding principle, ever since I started to do research on China’s real estate markets 15 years ago, and also for co-editing the book Understanding China’s real estate markets, which was released earlier this year. It is true that China’s markets, and by implication its real estate markets, are subject to a large number of stringent rules, which also underlie frequent change.