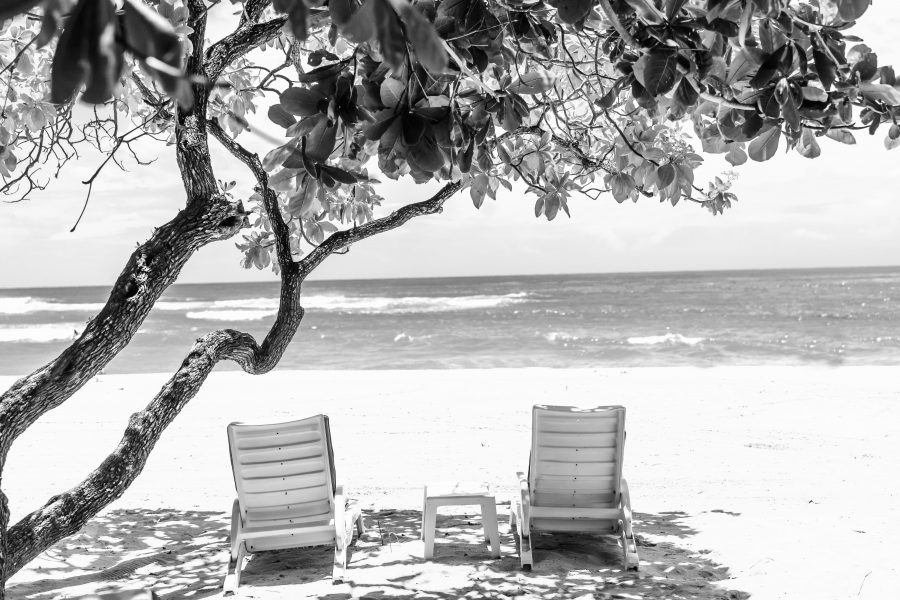 Have you been to The Bahamas?

I was just in beautiful Nassau. And there’s no description for those waters other than ‘exquisite.’

In fact, it’s hard to take your eyes off of the stunning array of blues and greens, while you breathe in the ocean scents – you never want to leave. Overall, the place presents itself as the lost Garden of Eden – even for someone who went for purely business reasons.

“The Bahamas archipelago is an ecological oasis sprinkled over 100,000 square miles of ocean… It comprises 700 breathtaking islands, over 2,000 rocks and cays, and boasts the clearest water on the planet – with a visibility of over 200 feet. You can see your toes as easily as you can the world’s third-largest fringing barrier reef.”

The website will also tell you that there seems to be something for everyone there: golf courses, hard-core shopping, historical sighting, bars and nightlife entertainment, to name a few. It seems like anyone who wouldn’t want a piece of the Bahamas would be insane.

In which case, that says some interesting – though perhaps unsurprising – things about the U.S. government.

China’s Cashing in on the U.S.’ Lack of Interest

According to CarribeanNews.com, the U.S. has declined to appoint a Bahamian ambassador for over eight years.

To his credit, two years ago, President Trump nominated a candidate. Yet Congress won’t confirm him, leaving the U.S. with little political sway in a country just 40 miles off Florida’s coast … which hardly seems wise, particularly when those waters are teeming with international intrigue.

“China has set its sights on the Bahamas and has invested billions of dollars in building new infrastructure and industry across the country. New roads, new businesses, new hotels, and booming Chinese immigration has led to many companies being staffed with more Chinese workers than local Bahamians.”

Plus, “reports show that over 200,000 Chinese are illegally smuggled into the Caribbean every year to open their shops or work at Chinese businesses, with many sending their money back to China.”

Put together, the situation is a mixed-bag blessing for the locals. On the one hand, they’re getting free new forms of interconnectivity. However, their land is being subtly (or not-so-subtly) colonized.

While no doubt aware of this worrisome dichotomy, the local government doesn’t think itself in a good position to protest considering the tens of millions of dollars flooding in. The Chinese have even built whole new ports there (another fact that should worry the U.S.).

One extremely opulent sign of Chinese money in the Bahamas is the elaborate and utterly enormous Baha Mar – an ocean-front resort extraordinaire. Financed by a Hong Kong based Chinese company, there are no words to describe how big, bold and beautiful it is.

Look up pictures of it online and try not to drool.

Then there’s the iconic British Colonial Hilton hotel. To be sure, that landmark switched hands more than once over its somewhat spotty past. Originally built in 1901, it was gutted by a fire at one point and had to shutter rooms at another. Today though, it’s open for business thanks to none other than the Chinese.

Addressing that building in particular, Bahamian Prime Minister Perry Christie said his “government’s objective has been not only to secure a qualified buyer to upgrade and operate the Hilton Hotel, but one with the means to proceed forthwith to develop the vacant property to its fullest potential for the greatest economic benefit to both the investors and the local economy.”

Which, apparently, is China.