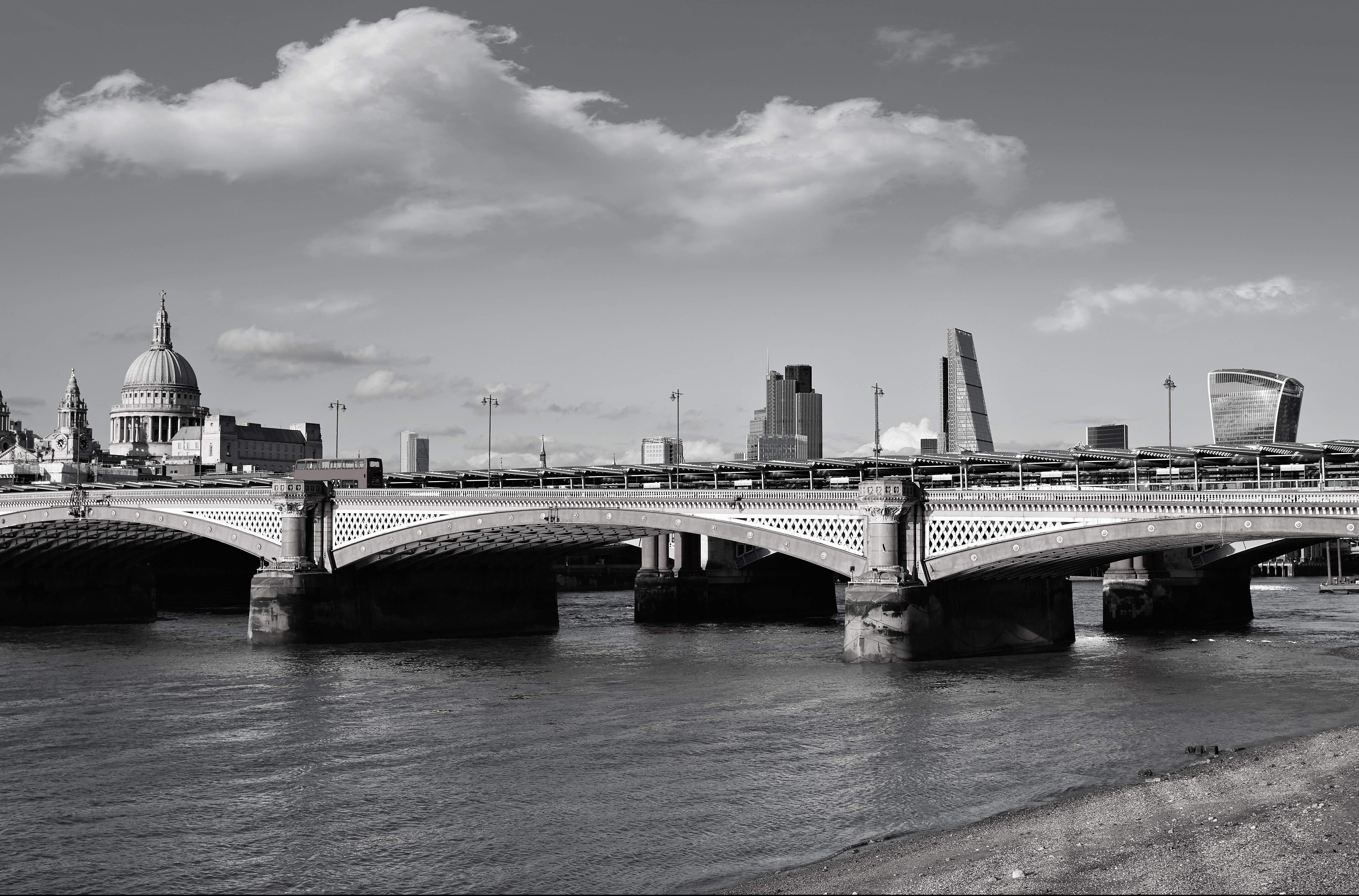 Earlier this year at Zaha Hadid’s memorial service, as speeches, including one by her friend Lord Palumbo (all ill-assisted by unnecessary artificial amplification), echoed incoherently around the great vessel I was reminded how St Paul’s still holds so much of the city’s memories and mythology. For the state, for those like Zaha who have become Londoners and for the many who have never even visited the city, St. Paul’s is the city. The Blitz, the last great fire of London, is remembered by Herbert Mason’s much retouched photo of Wren’s St Paul’s (burning or standing depending on whether you read Beaverbrook or Goebbels’ propaganda machines) in exactly the same way as 17th century paintings recall the silhouette of medieval St Paul’s.

The import of history to (and made evident in) architecture is very apparent from our newly built Clerkenwell rooftop (a white collar factory built atop a much older blue collar factory). Here we construct ideas for new buildings that seek to establish a relationship to the city of London and to offer delight through the intertwining of architectural details, the details of architecture and of architectural history. Just as the Post Building references St George’s, so 240 Blackfriars, located in Southwark, is defined by the view north across the bridge of ancient Blackfriars. Its glass skin is pin-striped not to accommodate the regulation insulation but in reference to the idea of facade as city cloth: the brash new city of Southwark putting a single finger up at the City of London!

And it goes on. At the White Collar Factory, the client and team are seeking to invent an idea of architecture as a delightful infrastructure of public space for the ‘factories’ of white collar workers whose activities drive new economies. At the Bower, we are engaged with making a new London Street as much as we are in reinventing a slab and a stump into a series of generous interconnected layered volumes. After all, as the briefest glimpse of the city’s history shows, whilst buildings come and go, streets remain.

As we look from Clerkenwell across the much-layered city we first see a perfunctory but intriguing bust of Nelson atop an anonymous warehouse (more research is required there). From there we look onto the lavish hat of Golden Lane (where Cedric Price is said to have danced); and then beyond to the memorable silhouettes of Barbican. The old conclusion was the wall of towers that now extend to the surprise Shard – that is real pinnacle; and in Southwark! All of which reminds me to remember when designing how we need to reconsider the necessity of making an architecture of detail that adds to the legend as well as the life of the city.