Confessions of a valuer, chapter 14: aircraft carriers and yellow paint – The Property Chronicle
Sign up for FREE now to get the weekly Property Chronicle Bulletin and never miss out on the latest insight from our expert contributors 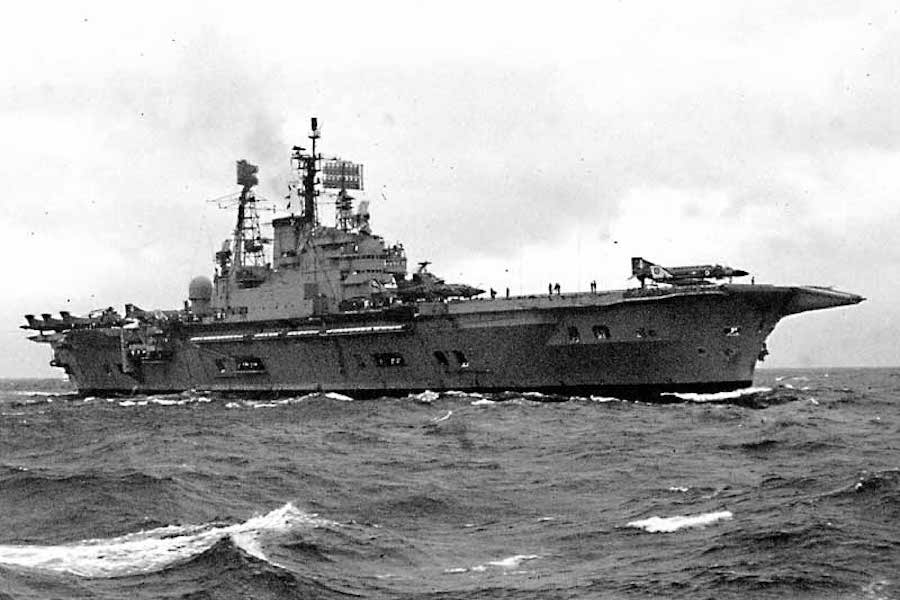 Note: Figures and facts are changed from the truth for simplification purposes. The essential detail is absolutely true.

To conclude boring the bejesus out of you regarding sordid rent reviews, I’ll jump ahead seven years to 1979. The Tardis better work bringing me back next month.

Never one to tell clients where to go, I met them, and they gave the history.

Twenty years earlier, they had decided to set up a port in Scotland not far from Stranraer, where there was a port operated by British (Low Speed) Rail. They had feared that a real competitor might set up nearby. One place close by was viable – a long pier at Cairnryan that projected at an acute angle into Loch Ryan through which fairies had to pass to get to the Irish Sea and Northern Ireland.

The Disunited Kingdom (left), and the Battle of Cairnryan (right):

In 1959 Cairnryan pier was used by a firm of shipbreakers. My clients had negotiated a lease for 99 years covering just the first 1,000 ft of this pier from high-water mark, plus land preventing alternative access, plus a road leading to it. The rent was £25,000 per annum, reviewed every 20 years.

“OMG!” I said. “Why didn’t you ask me to advise you back then?” They replied, “You were only 12 years old at the time!” I reluctantly conceded this point, although my olde school (Colchester Royal Grammar School) would have loved to have got rid of me.

Their problem: an increase for 20 years without review.

My problem? I asked one question. “Now that you’ve spent mega money on building your port, how much would you pay now to stop a real competitor?”