Confessions of a valuer, chapter 8: a matter of chance – The Property Chronicle
Sign up for FREE now to get the weekly Property Chronicle Bulletin and never miss out on the latest insight from our expert contributors 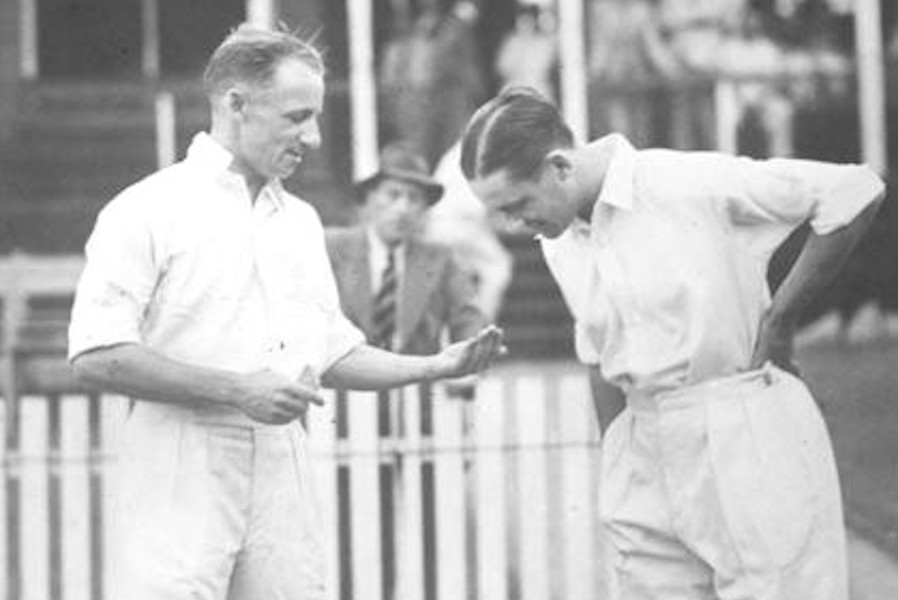 I had started my career at the bottom of the pile – although I was generally a pile in the bottom. ‘They’ say you make your own luck. I wish I knew who ‘They’ are, because in my case it was pure luck that saw me in the right place at the right time under the right people.

For the cricketers pictured above – that wasn’t a matter of luck: England were bound to lose because a) it was Bradman and b) Gubby was short-sighted, wore black shoes, wore his belt too tight, and parted his hair funny.

But to return to my surveying career…

At the top of the pyramid at the British Land Company was the charismatic John Ritblat (JHR). He had somehow managed to pass the exams to become a chartered chappie but had promptly forgotten, as useless to him, most of what he had been required to learn. His abilities were not in the chartered chappies syllabub.

His personal syllabub was:
1. Engineering ‘sale and fleeceback’ transactions (we called them ‘fleecebacks because rent was above rents on open market lettings);
2. Novel (at the time) company transactions including a reverse takeover that led to the acquisition and control of the British Land Company;
3. Selecting and motivating the key people in the organisation.

… which was made up of sale and fleeceback transactions…