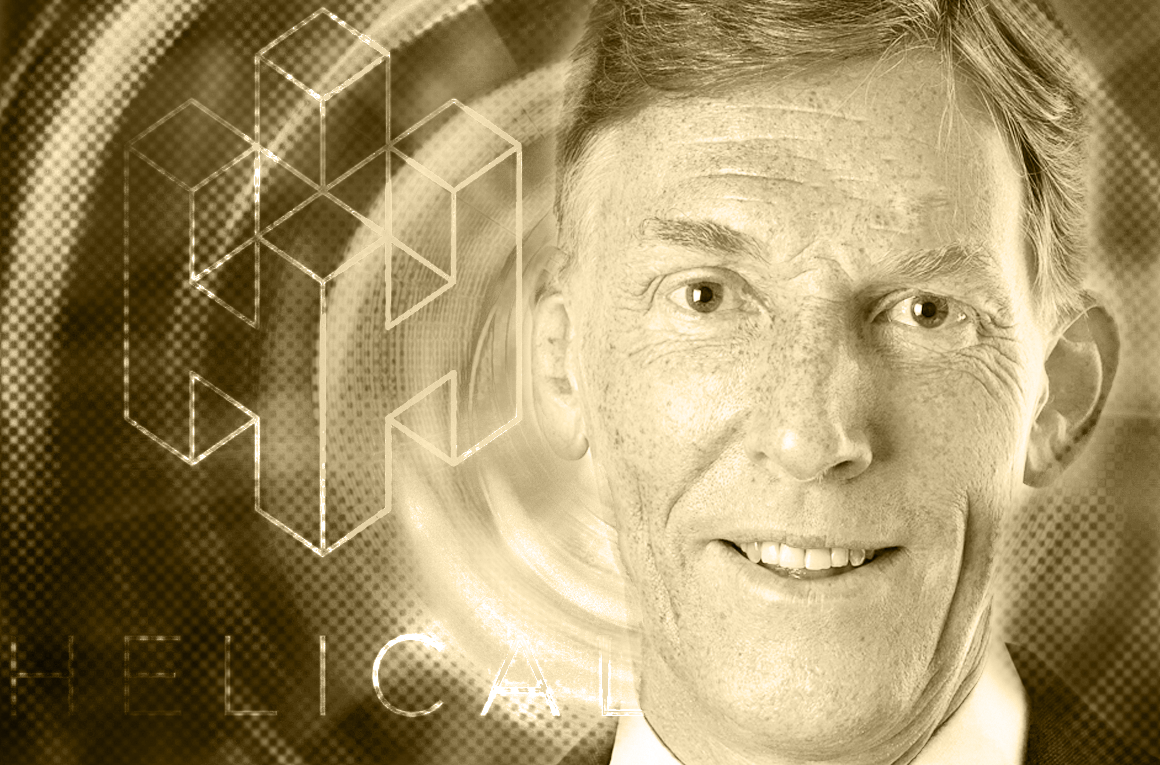 Gerald Kaye is a 20-year veteran at Helical plc (formerly Helical Bar) and has been CEO since July 2016. His office overlooks Hanover Square, which today still looks like a bombsite, thanks to the ongoing Crossrail construction work. Were it not for the construction site, however, he could look directly across the square at the Knight Frank office where he started work in the property business some 40 years ago.

What drew him to a career in property, I start by asking? “I suppose I got into the property business because I was brought up in lovely countryside and my mother’s cousin was a land agent. I thought it sounded like a good way of life. I ended up at Reading University doing what was then called the Estate Management course, now called Land Management. I soon realised however that if I wanted to be a land agent, it might not be as well remunerated as if I went into the commercial side. So I stayed doing commercial and that is how I ended up working in Hanover Square for Knight Frank. It was Knight, Frank and Rutley then. I was on their graduate scheme and worked there for four and a half years.”

His big break came when he did some work for John and Peter Beckwith, who were clients of the firm and on their way to becoming among the most successful property developers of their generation. They asked him to join their company, London and Edinburgh Trust. It went public in November 1983 and Kaye joined in March 1984. He was 26 and, he says, “I think they thought I knew rather more than I did”.

What was he hired to do? “I don’t know what my title was. I’m not sure I necessarily had one. But I joined and basically started doing a number of developments, mainly office developments in London and the South East. It was a case of you sunk or you swam”. He obviously did okay? “Yes. They gave me a great opportunity and gave me a lot of responsibility. I don’t know what they saw in me, but it was a wonderful experience and I learnt a lot.”

The 1980s was a great time to be in property. “Margaret Thatcher had begun to get the economy back into shape by 1984 and Big Bang was about to happen in the City. It was a period of strong growth in the property market. There was a lot of new development and a lot of demand in the City from the new banks that were being created, all wanting new, big trading floors and that sort of thing.”

I ask for the names of some projects that he worked on. “The first big building we did was 51 Eastcheap, which was about 80,000 square feet. We let it just before we finished it to Clyde and Co, the lawyers, for about £45 a square foot. They moved out 25 years later and I’m not sure the rent had changed at all in that time! The area has changed and the buildings around it have also changed. So it doesn’t look great now. It’s looking rather forlorn. I think somebody’s about to do something to it. It needs to be refurbished.”

His next big scheme was called Nightingale House, which was just off Berkeley Square at the top end of Curzon Street. The Beckwiths “maxed out the site” because the previous building wasn’t using the space properly. “They’ve now got consent to knock it down and build an even bigger residential building there. Whether they’ll do that or refurbish it as offices, I don’t know. The top end of the residential market is quieter now.”

What did Kaye learn from the Beckwiths? “Well, they were very entrepreneurial. I certainly learnt a lot. One of my fellow directors there was a man called Chris Hoddell. He was an agent, had his own firm of agents called Hoddell Stotesbury. I learnt a huge amount from him. I always say I learnt more about property from him than I did from anybody else. He was very clever on how he financed the deals that we did. They were mainly financed with the institutions. It enabled you to do a larger development programme than if you used your balance sheet alone.”

As so often in the property business, timing the cycle proved to play an important part in the Beckwiths’ success. In April 1990, “by luck or more likely good judgment”, says Kaye, London and Edinburgh Trust was sold very close to the top of the market to a Swedish pension fund. What were the signs that the cycle was coming to an end? “It got to the stage where we couldn’t buy any sites, which we’d been able to do relatively easily before. I just couldn’t make the numbers work. It was in the very early days of using computers to do development appraisals. We had a man who had this very clunky programme which could automate the numbers, where previously we did it manually. I remember he came in one day and said it’s not surprising you can’t buy anything because everybody else’s programme has set the profit [target] to 0%!

“We were running on a 15% profit target. Because the market was growing so quickly, all these other people thought that the rents would grow so much that they’d still make a profit. Of course, that always leads to disaster. The banks lent far too much money and there was huge oversupply. Then there was the recession. ’91 to ’92 was very, very tough. A lot of property companies went bust.

“We were fairly highly levered, but others were in worse shape. The banking was done slightly differently then. You’d have a syndicate of banks who would lend on a particular property deal. So far more banks were involved. What would then happen is you’d have a bank from somewhere around the world who would want their share of the financing back and they’d collapse the whole structure. There was no real control over what was going on. It hit a lot of property companies pretty hard.”

After the takeover of London and Edinburgh, Kaye stayed with the now Swedish-owned venture for four years,  went to Brussels in 1992 and ran the trust’s European arm. “We had developments in France, Spain, Italy, Germany, Austria, Holland. I was flying around. It had been set up before I got there and the timing of these buildings being completed wasn’t great. There was a pretty serious recession going on from ’92 to ’94. So, I worked that out and we tried to sort out a lot of the issues.”