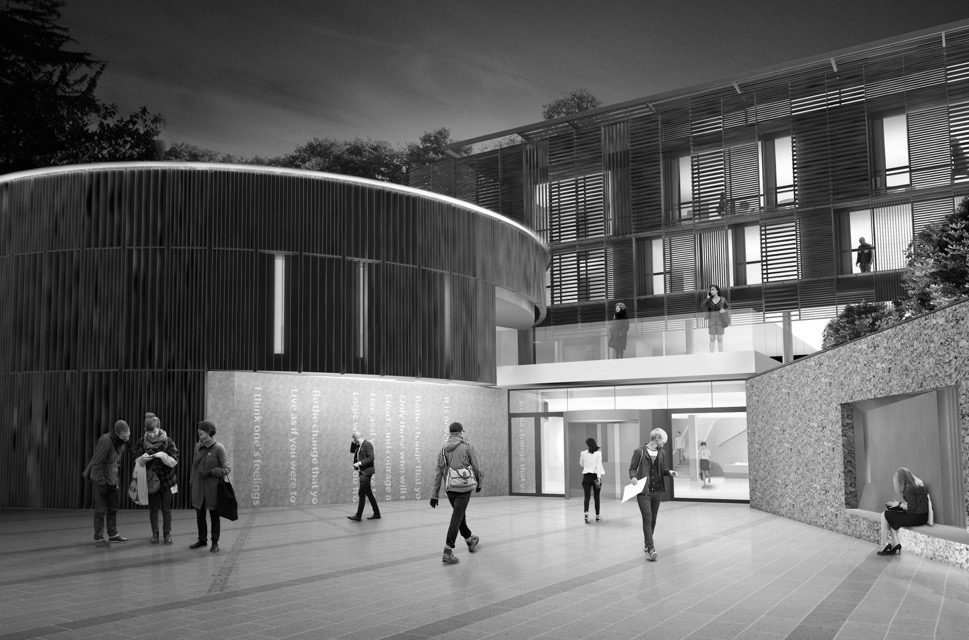 This week, I took part in a thought-provoking debate in the new Blavatnik School of Government in Oxford. The evening was hosted by engineers Hoare Lea and titled ‘Designing the Future – Ideas for a Better Environment’. One of the five topics under discussion was the notion of shifting the emphasis from designing buildings to perform satisfactorily for human comfort, to putting human comfort at the centre of building performance. The two are not mutually exclusive, but when it was set out so simply it made a lot of sense.

Human comfort involves a heady mix of stimulation for the senses: temperature, ventilation, natural daylight, artificial light, ergonomics, noise (sometimes defined as ‘unwanted sound’) and so on. A single failure in this mix – think badly lit restaurant or a music venue with poor acoustics – and the experience is ruined. I once ran a student project based on sensory architecture and it produced some of the most unexpected and inspirational moments in my teaching life.

Back in the real world of practice, architects and engineers have been slaves to building regulations for so long, and they preoccupy creative minds. There are 16 sections, each with Approved Documents for guidance, and these cover technical areas of research within the design for areas such as fire safety, ventilation, security, conservation of fuel and power, drainage and waste disposal, noise transfer, access, etc. In other words, the building regulations (amongst a plethora of other regulations, standards and guidelines) aren’t particularly sexy but do shape the buildings we buy, work in and generally inhabit.

Most people think of approval of building regulations as the next passport or stepping stone to getting something built after planning permission. Sequentially, that is correct, but the rigour involved in testing and evolving a design against the regulations is exacting. It is mathematical, scientific, and involves a highly co-ordinated approach between designers, engineers, specialists and cost consultants.  At the end of the process, the building receives building regulations approval based on theoretical evidence of its performance in use.

In reality, however, a building is only a vessel for occupation; it doesn’t always even get used for the purpose it was designed for. Moreover, users are often baffled by the technology it provides, leading to misuse and disappointment. Imagine handing a new car over to a customer without proper demonstration – or at very least an easy handbook.

So the idea of the human being as the origin of design, in all its variations, may sound like an obvious thing to do for those outside the construction industry. Yet the building itself as a safe and environmentally friendly place to inhabit is currently the driver. Louise Wille, a Hoare Lea Sustainability Consultant and the speaker on this particular subject, used words that don’t find their way into day-to-day discussion in our industry: ‘wellbeing’, ‘mindfulness’, even ‘happy’.