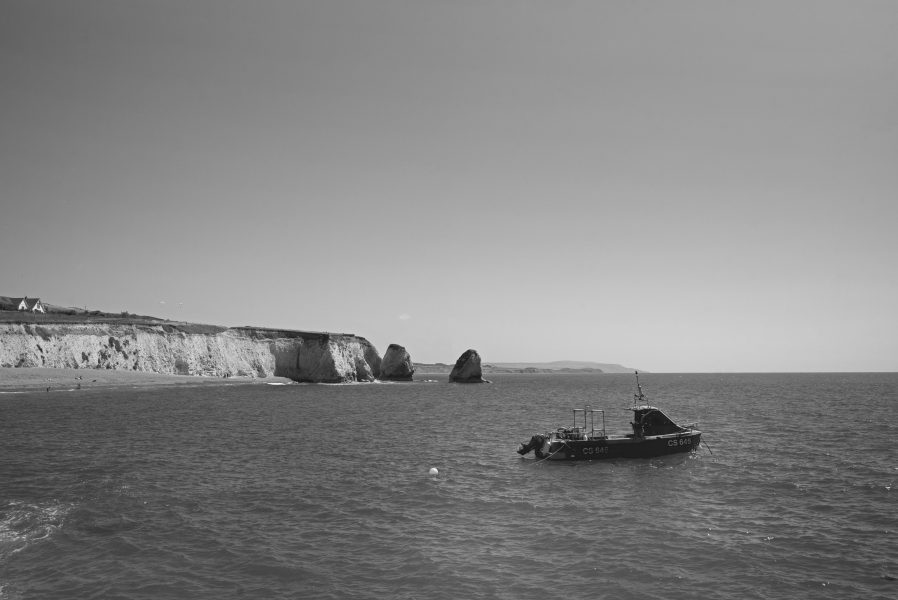 It’s time for another stroll, enjoying the stunning views and butterflies of this southern English isle

It’s not every day that you head to the station and buy a single ticket to Lymington Pier. This is the point where a walk becomes an adventure, as you set off to cross the Isle of Wight on foot. The train practically pulls onto the ferry itself, which awaits your arrival at the end of the pier. Before you know it, you are edging out of Lymington with Yarmouth clearly in your sights, 40 minutes away. Enjoy a coffee on the boat as you contemplate the day’s walk along the east-west ridge visible before you. Get into the spirit by reciting Tennyson’s ‘Crossing the Bar’, a poem he wrote on the ferry to Yarmouth.

On landing at Yarmouth, resist the temptation to dawdle in the town and head off along the River Yar. Tennyson’s Monument soon comes into view on top of Tennyson Down. You will be walking in the footsteps of the man himself. Get ready to be inspired! The law of averages dictates that you will have the wind at your back as you head up to Mottistone Down, picking up the Tennyson Trail as you go. Enjoy 360° views as the Isle of Wight gradually reveals itself.

Before long, you will be cresting Compton Down and looking across to Brook Hill House, which once belonged to JB Priestley, novelist, playwright and social commentator. English Journey, which he wrote in 1934, was an account of his travels around England. His summary of the Isle of Wight hits the nail on the head: “Certainly, a lovely Island, at least when you leave Cowes, Osborne, Ryde area, which has little charm. The rest of it is the English south country at its best in miniature with an Island quality added. Tennyson is its poet, Victoria its Queen… The Island population… The Downs above the Channel; the sub-tropical Undercliff… sunsets and The Needles.”

No part of the walk disappoints. As you near Newport, it is Carisbrooke Castle that draws you in, sitting high on a prominent hilltop that dominates the centre of the island. Try to imagine the castle sitting there all on its own (without Newport) and allow your mind to wander back to the Middle Ages, when England was under threat from the French and then the Spanish. King Charles I himself was incarcerated here in 1648 prior to his execution. As you get closer, ponder the fate of Princess Elizabeth, his daughter, who died a prisoner in 1650, aged just 14. Then as the day draws to a close, the cosy bar at the Wheatsheaf Hotel is the perfect place to relax and reflect on a day well spent.

Let’s not beat around the bush! Day two requires careful attention to the map. Vespucci Adventures has curated a walk that will reveal parts of the Isle of Wight even the locals don’t know thoroughly. The paths are not well signposted but the route is navigable, tried and tested. Pick up your picnic at Newport’s M&S before you set off. Arreton Barns is perfectly situated for a coffee stop after about an hour and a half.