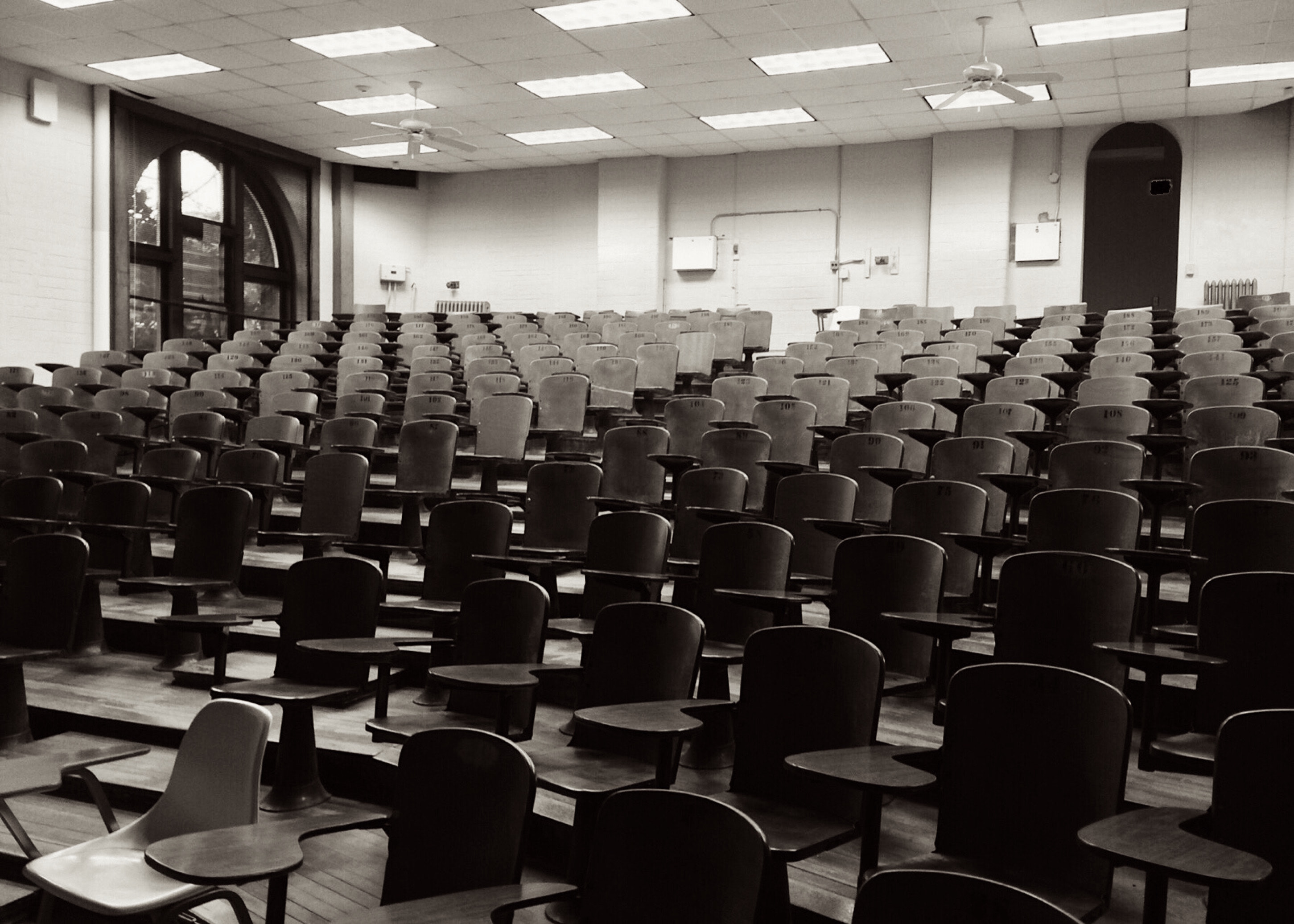 If you’ve seen the film Forrest Gump, you’ll probably recall that the central character ends up the multi-millionaire owner of a shrimp-fishing business and an investor in the nascent Apple computer company (I hope he held on to those shares!). And all with an IQ of just 75.

To what extent does income relate to intelligence in the real world? Or, at least, how does it relate to the best proxy we have for intelligence: level of education? We thought it would be interesting to explore this question, particularly as we are adding education and income data into version 2 of the REalyse platform.

Taking the County Durham town of Hartlepool as a random example, we can see in the below graph that there is a clear positive relationship between the level of education (as measured by the percentage of the population in each ward with a university degree) and weekly income. 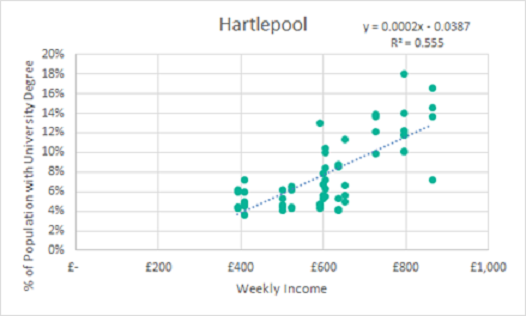 The trend line shows that for every 1% increase in the number of people with a university degree, there is a corresponding £50 increase in average weekly income.

Lining up weekly income with house prices in Hartlepool shows a tighter relationship (nb There are fewer matches in the below graph because we are comparing Middle Layer Super Output areas [MSOAs] as opposed to wards, of which there are more.)

Here it seems that for each £50 increase in weekly income (£2,600 per year), there is a corresponding £10,000 increase in house price. This makes sense if we apply a typical 75% loan-to-value (LTV) to purchases. Each additional £2,600 of individual purchasing power (net of tax) would equate to £10,400 in leveraged purchasing power. 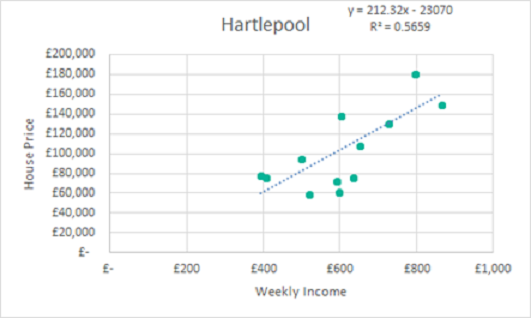 So there are no big surprises here. We would expect to see ‘more-educated’ areas with higher incomes and consequently higher house prices. It is, however, interesting to note the areas below the trend line that have relatively low house prices compared to the level of income. These may emerge as areas of price increases in the future.

Moving to another part of the country, this time Kensington in West London, we find that there is a far less clear relationship between income and education, although both the level of education and earnings are significantly higher (see below graph). Could this be the ‘topping out’ of the education effect on earnings as a result of diminishing returns? Or perhaps it signals that the income of those living in Kensington has less to do with their education and more to do with other factors? That said, for every 1% increase in the population with a university degree, there is a £200 increase in average income, with a much higher dispersion in the levels of education. 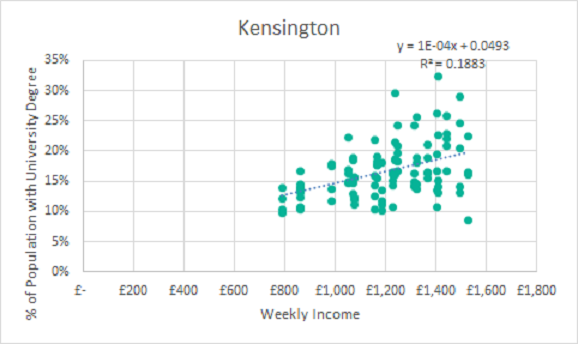 When looking at house prices in the area (see below graph), we find that each £200 weekly (£10,400pa) increase in income is matched by a £315,000 increase in house price, nearly 30x more. This relationship doesn’t make much sense in the normal context of increasing income and purchasing power, unless purchasers are leveraging to 97%, which is unlikely.