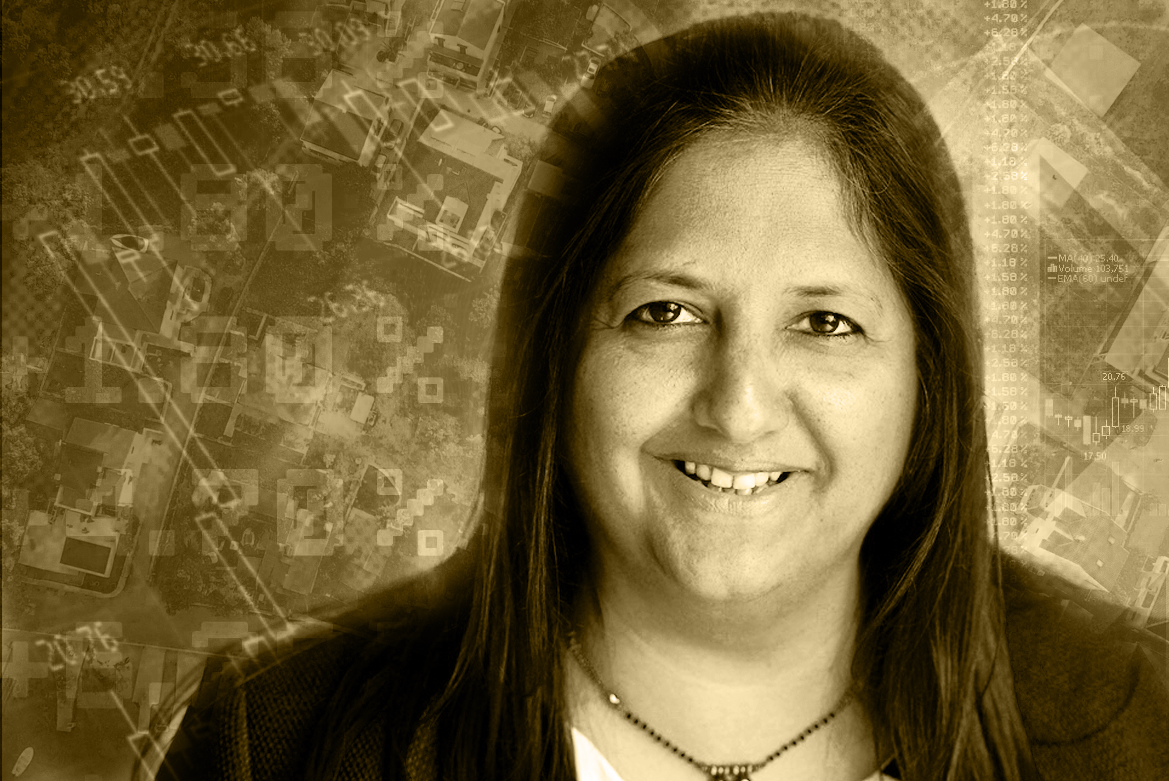 Butterfield Mortgages Ltd is the UK property finance subsidiary of the Butterfield Group, the 150 year-old Caribbean bank, which is also listed on the New York Stock Exchange. Its CEO, Alpa Bhakta, is a phenomenon. She entered the financial sector aged 16 – and has been there, seen it and done it; and done it with verve and passion. Today, her core market is mortgage lending to High Net Worth clients (HNWs) buying residential property in London and the prime home counties. Such is the demand, Alpa has to keep hiring;and “we are picky because we need skills and personality. Everything we do is about relationships”.

“In 1988, the Holborn Circus branch of NatWest Bank employed around 120 people. It was a different era. In today’s branches you are lucky to meet even one bank employee”.

Alpa was 16 at the time and, against the wishes of a strict Indian family, she took her first step into the workforce. Alpa’s father did not want her to leave school. He wanted her to be an accountant. But Alpa says “yes, I missed out on the experience of going to college as a young person, but starting work at NatWest aged 16 was the best thing I ever did. I learned the nuts and bolts of financing”.

Simultaneously with joining NatWest, Alpa enrolled to study – two nights per week for two years – for the BTEC National in Business and Finance. This covered everything from accounts through marketing to dealing with people.

At NatWest, Alpa started at the bottom in “the machine room”, processing cheques and the like. From there she moved to looking after clients’ accounts and troubleshooting – followed by a spell at NatWest’s Premier Centre, where customers needed to be earning £50,000 a year to be included.

Alpa stayed nine years at NatWest Holborn Circus, which even then was unusual. “But there was no scope to move functions”.

“Life was simple. Client relationships were built on mutual trust and no one had heard of KYC”

Like all of her jobs, they have tended to come to Alpa rather than the other way around and, in 1996, through a contact and word of mouth, she joined Crédit Agricole Indosuez (CAI) and its Private Banking Division as an assistant to one of their managers. The team specialised in East Africa and, with her origins, it was assumed that there would be a cultural fit with the share dealing client base. “Life was simple. Client relationships were built on mutual trust and no one had heard of KYC” (i.e. know-your-customer). The term is used to refer to bank and anti-money laundering regulations which govern these activities; it is the process of a business verifying the identity of its clients.

After 12 months with CAI her manager unexpectedly resigned and Alpa was left to run all client relationships which her predecessor had been doing for more than 10 years.

Alpa managed a difficult situation very well. However, the Private Banking division of CAI was in a state of flux in terms of its staff – and there were question marks about its stability.  These were all sources of concern – compounded by the fact that Alpa had recently married and bought a house. Fortunately, she was presented with – and accepted – an opportunity to join Generale Bank in 1999 prior to it being acquired by Fortis Bank that same year. This was also hot on the heels of Fortis acquiring MeesPierson (and its mortgage book) in 1997 from ABN AMRO in what increasing looked like an international game of banking Pac-Man.

After almost a decade at NatWest, Alpa had four employers in so many years. But Fortis was growing fast and was very keen to develop the private bank. “We were based in Appold Street and, at the time of the takeover, there were only two ladies in the mortgage department and three mortgages on the books”. But it rose exponentially with Fortis. “We started helping Belgian clients buy property in London and I morphed into a relationship manager”. Business was good and growing. Alpa’s clients were HNWs who were buying UK assets with multi-currencies. “Many were traders – and it was an exciting product”.

“At that time – and now – I meet every client face-to-face. Everything we do is about relationships”. Similarly, “my ethos is to understand and deliver – and, if you can’t, then work with them until you can find a solution”.

“I meet every client face-to-face”

In fact, Alpa had learned and developed the foundations of this tenet very early at NatWest, where she says the training was first class. But it was refined at Fortis by her first acknowledged mentor – an ex-school teacher in her 50s, who had joined Banking as a secretary. “But she was much, much more than that. She was also used to children and open to nurturing and training. Brilliant”.

Eighteen months in to her Fortis tenure, the first of her two children was born (a girl now aged 17). A year and a day later, number two (a boy now aged 16) was born. Here, again, the presence of her mentor was a significant support in a sharply male-dominated work force. “I was the only person in the department with young children”.

Alpa was similarly fortunate on the home front. “I had my in-laws living with me; and my parents around the corner. Without them it would have been impossible to work and have a family”.

“As for my business day, I worked flat out from 10am through 4pm with half an hour for lunch; and I got more done than in a full day”.

But “it all changed big time in 2007-08. Lehman Brothers went bust in September 2008 and there was nowhere to hide”. Yet “we had just three repossessions in 12 years and on only one did we lose money”.

Nonetheless, “the loan book came under stress. It was assumed that there would be a 40% fall in property values. As always, though, we met every single client face-to-face”.

In 2007, Fortis was the 20th largest business in the World by revenue but, like many, it encountered severe problems in the Global Financial Crisis (GFC), which began in 2008. To be fair, much of this stress arose because it had joined forces with RBS and Santander in a consortium bid for ABN AMRO. Ultimately, its fate was sealed in 2009 when it had to be bailed out by the Benelux Governments – and, very quickly, its Belgian banking operations were sold to BNP Paribas  “and my unit  became BNP Paribas Fortis”. By this time my manager had retired and I was now Director of Property Finance.

“My ethos is to understand and deliver – and, if you can’t, then work with them until you can find a solution”