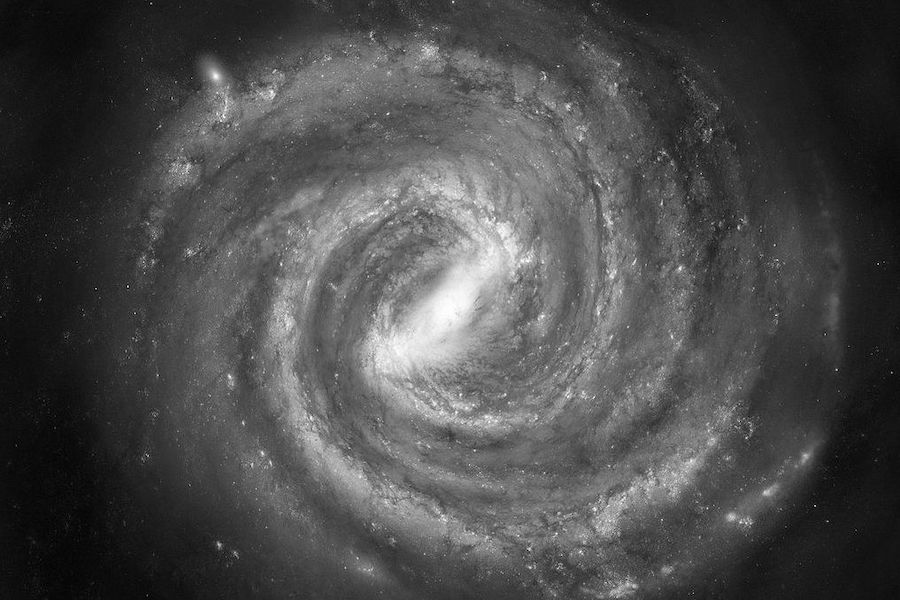 So that we don’t take real estate, economics and investing too seriously and to keep our daily lives in perspective, here is our very own Property Chronicle NASA astrophysicist and his column Nothing Really Matters.

This article was originally published in May 2019.

Based on tons of scientific data and decades of research, here is an artist’s impression of the Milky Way Galaxy, as seen from above the galactic “North pole”. Credit: NASA. All of the basic elements have been established including its spiral arm pattern and the shape of its central bulge of stars. To directly answer this question, however, is a difficult, if not impossible, task. The problem is that we cannot directly see every star in the Milky Way because most are located behind interstellar clouds from our vantage point in the Milky Way. The best we can do is to figure out the total mass of the Milky Way, subtract the portion that is contributed by interstellar gas and dust clouds ( about 1 – 5 percent or so), and then divide the remaining mass by the average mass of a single star.

From a number of studies, the mass of the Milky Way inside the orbit of our sun can be estimated to an accuracy of perhaps 20 percent as 140 billion times the mass of the Sun, if you use the Sun’s speed around the core of the galaxy. Radio astronomers have detected much more material outside the orbit of the Sun, so the above number is probably an underestimate by a factor of 2 to 5 times in mass alone.