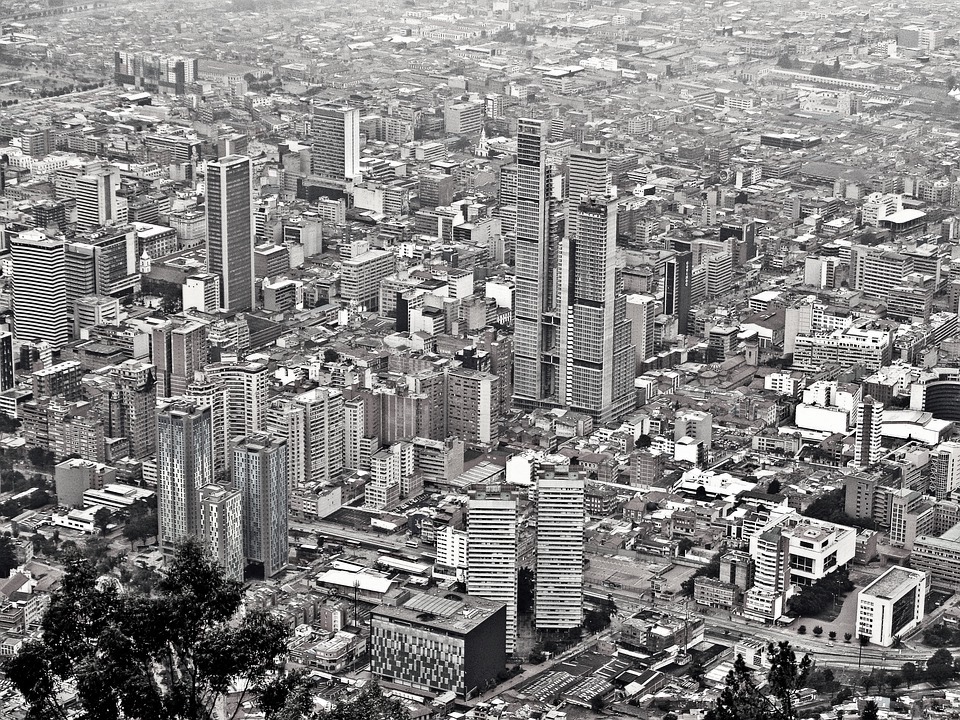 Much as I believe in Samuel Johnson’s maxim, that a man bored of London is bored of life, I still find an escape from London invigorating. It offers clarity as well as new insights. Accordingly I recently escaped with a few friends for an ‘Archi-tour’ of Columbia and Chile.

Bogota is a magical city. Located in a salt lake plateau at a dehydrating 2600m. A city built around a lust for the mythology of El Dorado where the infamously violent Spanish traded salt for gold, pound for pound. The legacy of violence survived until very recently when, after many decades of kidnapping and murder as a fixture of everyday life, an unlikely truce was reached. A truce where the conservative and liberal politicians, the military, the students (always a lively group in South America) and the Communist and the Narco guerrillas negotiated with the US and it’s Drug Enforcement Agency in a deal of funding in return for guns and the extradition of key drug barons.

Now, with the high value activity of the drug industry business chain – and the associated extreme violence – moved to Northern Mexico (cocaine production remains still an important part of the rural economy) Bogota is a very different city.

The bus-based rapid transport system could be a good UK import. It is hugely busy and slices through the traffic jams that are familiar to residents of any metropolis. They complain that it is packed but that is the price of its success. The kit of parts bus stop pavilions and pedestrian bridges are the best looking I have seen anywhere, until I arrived in Santiago that is. And this simple infrastructure avoids the delay caused by the laying of tram tracks.

We could learn much from the consistent use, in very different ways, of a locally quarried red clay. A constant that binds the architectures of the city together. This, along with the simple detailing and single glazing – appropriate to the temperate climate – suggests architectural coherence where there is none. And that is all for the urban good. The outstanding result is a red silhouette of encircling towers set against the green of the surrounding Jungle.