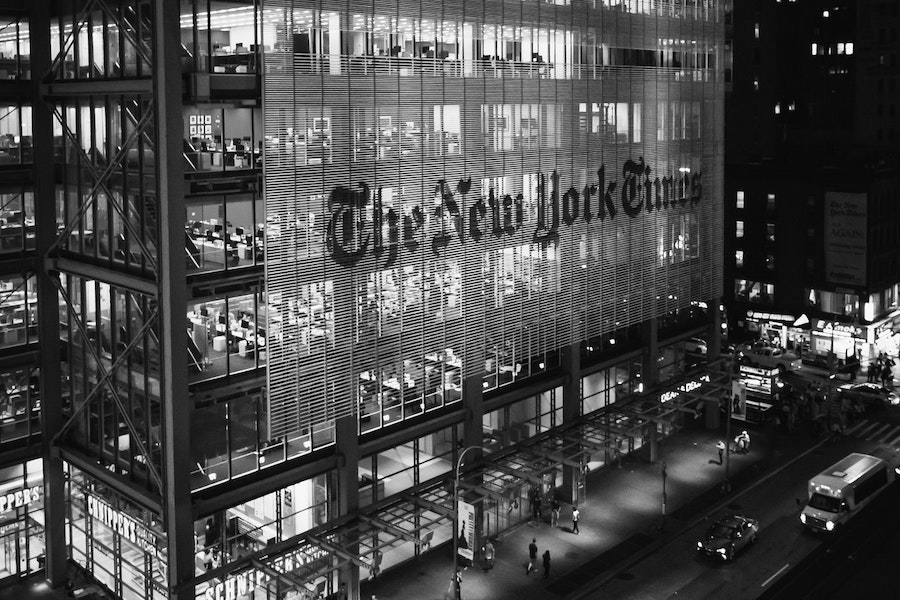 The paper of record in 2020 shifted dramatically to the most illiberal stance possible on the virus, pushing for full lockdowns, and ignoring or burying any information that might contradict the case for this unprecedented experiment in social and economic control. This article highlights the exceptions.

The first shocking sign of the placing of a persistent bias was a podcast with reporter Donald McNeil on 27 February. This was the beginning. It was grossly irresponsible. He asserted that half the American public would get this disease and that it would have a case fatality rate of 2.5%, or 25 times as deadly as flu, hence 4.8 million dead people. No consideration of demographic gradients in risk and no knowledge of viral basics such as the trade-off between severity and prevalence. Even if you leave aside the fog of fatality misclassification, he exaggerated the risk by 12 times but still spoke with a sense of certainty designed to create panic.

Host Michael Barbaro himself seemed shocked: “I thought you were here to bring calm, Donald.”

“I’m trying to bring a sense that if things don’t change, a lot of us might die,” he said. “If you have 300 relatively close friends and acquaintances, six of them would die.”

The primal fear of disease is thus thrown into massive overdrive, following 100 years in which public health tried to bring rationality to the topic.

That podcast was followed by an op-ed by the same journalist/pundit: “To Take On the Coronavirus, Go Medieval on It.” It seemed incredible that such a responsible outlet would advocate the overthrow of a century of public-health wisdom and even immunological basics, but that’s what they did. At this point, the New York Times was fully committed to the narrative that we must dismantle society to save it. And there it has been for nearly a year of unbearably biased coverage.

Even within the blatant and aggressive pro-lockdown bias, and consistent with the way the New York Times does its work, the paper has not been entirely barren of truth about covid and lockdowns. Below I list five times that the news section of the paper, however inadvertently and however buried deep within the paper, actually told the truth.

1. “Your Coronavirus Test Is Positive. Maybe It Shouldn’t Be” (byline: Apoorva Mandavilli)

I’m still stunned that the paper did a study that confirmed what people have suspected, namely that a high cycle threshold used on PCR testing was creating the appearance of a pandemic that might have long receded. The testing mania was generating wild illusions of millions of ‘asymptomatic’ carriers and spreaders. How severe was the problem? Read this and weep:

“In three sets of testing data that include cycle thresholds, compiled by officials in Massachusetts, New York and Nevada, up to 90 percent of people testing positive carried barely any virus, a review by The Times found.