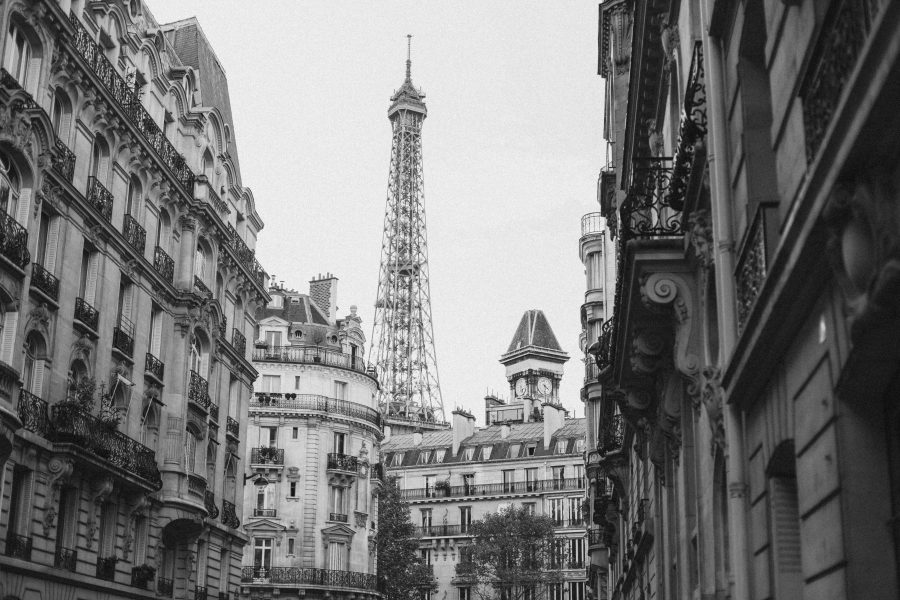 Continuing this series on his life in property, Oliver Ash tells us about settling into his new life in Paris, and the peculiarities of some of his colleagues.

So I got the job at Hampton’s in Paris. The golf connection seemed to have done the trick. At twenty-five I was going to jump head first into a new life across the Channel in the City of Light. I could scarcely believe it and in the cold light of day it was all a bit daunting. I announced the news to George Kendall as soon as I’d received a signed contract. He was generous as ever, wished me well and told me that frankly it was about time I left the Country House department at Raffety’s and experienced something which moved a bit faster. Commercial property surveying in Paris seemed to fit that bill. I set about finishing off several sales instructions and prepared to leave. However all my plans were put on hold when I learnt (over the phone while in a client meeting) that my mother had passed away suddenly. I will spare this story the details of the harrowing weeks which followed and in any case thankfully I can’t recall very much of it. I was finally ready to move in October.

In those days there was no Channel Tunnel. My first working trip to my mother’s old country (before she adopted England and England adopted her) was made by train and ferry. It took most of the day. I was met at Gare du Nord by friends of my sister who had kindly agreed to put me up for a few days while I searched for a flat. We drove through Paris to Villiers in the 17th Arr. All the streets and all the buildings, seemed identical. How the hell was I going to get to know my way around so I could work in this city?

The following day I arrived at Hampton’s office. Clive Llewellyn showed me around and introduced me to my colleagues. I will come onto this eccentric collection of human beings later. More importantly it didn’t take long to realise that my French language skills were going to need a real kick up the backside. A few awkward phone calls had confirmed that the urgent priority was to learn essential, real estate French for words such as ‘lease’, ´rent’, ´office building’, ´ground floor’ and of course ‘commission’. Over the next few weeks I read up as much as I could in French. I enrolled on a course of Real Estate Law at the Institute of Construction and Housing in Paris, although I have to admit this was so mind-numbingly boring and incomprehensible that I abandonned ship after three lectures. In the office and at home, in the small flat I had found to rent in Clichy, I studied leases, sales contracts, letting brochures, the formalities found in different forms of professional correspondence and absorbed as much knowledge as I could.

Helping me in this challenging, educational venture, designed to increase my productivity to a minimum level of usefulness as soon as possible, was the man whose office I was designated to share, a fellow negotiator called G. He was about forty with a bronzed complexion and kindly smile, which I subsequently came to see as condescending. He had been asked to mentor me and give me the practical skills to earn commission in what was, in October 1983, a really difficult market. We were coming out of the recession of the late seventies, which had swept Mrs Thatcher into power in UK while the French, as ever making a point of doing things differently to the Brits, had just elected a true socialist, François Mitterand, as President. But I digress.