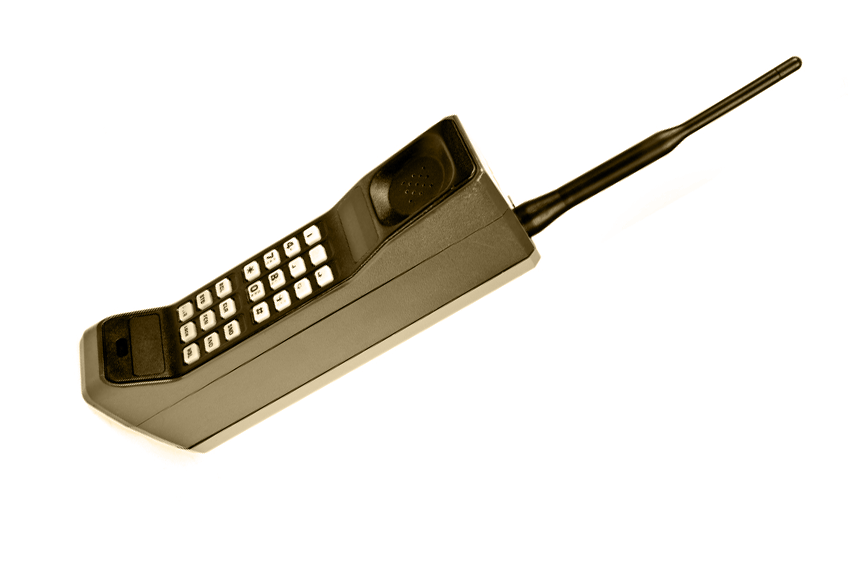 A new generation now realised that what goes up can come down. 1988’s falls took until 1998 in London property to fully recover.

Lessons learned in London over that period included the fact that even well off people didn’t want to live in rabbit hutches. Very occasionally these days you can still see glimpses, in unmolested properties from late 80s developments, of what unimaginative developers expected people to put up with. Just because a flat had a second bathroom it didn’t excuse an 8ft square bedroom, and one that was usually without cupboards.

The sluggish central London market started to come out of its torpor in the mid 90s and there was excitement in the air with new technology, to invest in and use. Mobile phones became the focus of many an agent – and as soon as you used one you wondered how the hell we functioned without them. They were very expensive, shiny, new and big, making them difficult to hide. Many a smart BMW was seen with smashed windows and an empty phone cradle. Frankly it was yet another must have for agents who competed for the smartest and the race appeared to have been won with a phone SO small you could barely see it being used. Smartphones were still ten years away.

Some enlightened developers spotted that London was coming alive again and realised that they could probably get a premium for cleverly designed ‘look at me’ property. And get a premium they did – guys like Mike Spink cleaned up whilst the ‘tosh it out and look for 20%’ mob failed to spot what was going on. Many developers hadn’t made themselves popular, bearing in mind that it’s only a fool who can’t make money in a fast rising market, and were even more stumped when they suddenly found properties they thought they could buy cheaply were being bought at retail prices – many simply couldn’t see what was happening, such was the competition amongst this new breed.

Turning houses upside down with living space on the top, early basement extensions, removing ceilings in top floor flats to give a feeling of space, early gadgets like lighting and heating remote control, underfloor heating, flat screen TVs are just a few examples of where developers actually used clever design to get a premium.

For me, and many others, this era was one of the most interesting – ironically under a Labour administration – and fun given that one could still sniff out value ahead of more cumbersome rivals. Many took a long time to recognise the market’s recovery, ten years is a long time, and as we look to the next episode what happened in the next crash surprised more than a few.