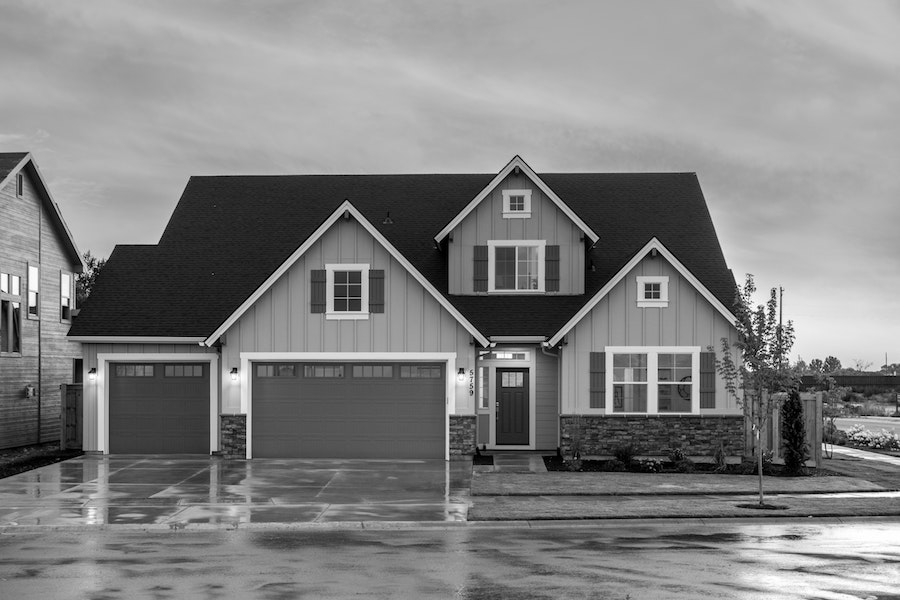 There has been much discussion and commentary concerning the presumed, hoped for, and anticipated days when we are in post-pandemic times. Questions abound, such as: When will life be back to normal? Will the rebound from the economic downturn caused by COVID-19 be a V-shaped recovery? U-shaped? Or any other shaped recovery?

Not surprisingly, the post-COVID-19 society may be unlike anything that has come before. Economic circumstances for 2020 are likely to be more dire than in any prior recent downturn.

According to the Bureau of Economic Analysis, the U.S. real gross domestic product (GDP) decreased at an annual rate of 32.9 percent in the second quarter of 2020, a decline not seen since the Great Recession.[i]Meanwhile, weekly jobless claims have exceeded one million for the 20th week in a row.[ii]

As housing is the largest asset and/or expense of any individual household, the affordability challenges for millions of how to pay for where they live will escalate to levels unprecedented post COVID-19. While it is too early to tell how the pandemic and economic environment will ultimately evolve, it is nevertheless appropriate to address the impacts of COVID-19 on the socio-economic aspects of housing.

For some, earnings and spending patterns have not been compromised by COVID-19; but this does not apply to the majority of people. Indeed, more than 40 million individuals in the U.S. have lost their jobs, and many who still have jobs have had their earnings reduced.

This financial hardship has not been uniform throughout society and places, but rather has remained highly variable by place, socio-economic class, industry, and job category. For example, nearly 68% of greater Los Angeles households experienced an earnings drop over the past two months, compared with 43% in Washington D.C. and more than 50% in New York City.[iii]

I. COVID-19 IMPACT ON HOUSING ECONOMICS AND EXPERIENCE

With social distancing, the coronavirus outbreak has led to the confinement of place-based individual experiences, which has fundamentally and profoundly altered societal spatial patterns. Activities that previously occurred in public realms have been restricted or redirected to private and personal spaces.

Urban residences — historically part of a network of connections including workplaces, coffee shops, bars, restaurants, gyms, parks, entertainment venues, hospitals, libraries, museums, etc. — have been transformed into private living places that must now fulfill many activities that previously took place outside the home. The significance of home – a shelter – has been elevated to a panoramic need that accommodates many functions at once and expanded into a spatial medium for life, compared to the previous times when work and play used to take place in collective spaces.

At the city scale, the new normal is forcing us to be against the very ethos of dense urban centers. Considering that large cities with high densities across the globe have been vulnerable to and suffered significantly from COVID-19, many have blamed high-density living for exacerbating disease transmission. This has led some to predict the decline of cities, where people are close to each other and rely on public spaces and shared transit systems.

For collective public spaces, many cities are either closing original vehicular roads to convert them into pedestrian paths or widening the sidewalks to accommodate distance among people who walk and ride bikes. Parking lots and road spaces are also being converted to become extensions of retail or al frescofood and beverage spaces that provide more distance among consumers. The debate is still ongoing about how much public space should be reapportioned to protect Americans from the coronavirus and challenges conventional norms and our perceptions of the urban environment.

For residential quarters, it seems that the once dubbed “American dream” of a suburban lifestyle with low density and a large distance among individual houses — whose appeal in recent years faded as urban areas flourished — is regaining traction and increasingly becoming a desired practical solution in consideration of current public health imperatives.

While the ultimate spatial impacts of COVID-19 on urban future is difficult to pin down at this moment, it is important to recognize that the empirical and economic implications of a lower density housing spatial pattern are insidious.On the one hand, the high density of urban environments alone is not the culprit of disease transmission. Many cities around the world with high concentrations of people have experienced a low rate of virus transmission and death. On the other hand, suburban living is not only infeasible with the current crisis of housing affordability, but also represents long-term threats to human society in the context of climate change, environmental degradation, economic competitiveness, and societal inequality.

Specifically, three critical factors mandate that we reconsider the imperative of urban densities

Land is by far the largest component of housing costs, yet too few appreciate how land, especially in areas of concentrated economic activities, represents a very significant share of housing. Land in prime real estate markets – Washington D.C., New York, Chicago, Boston, San Francisco, Los Angeles – accounts for well above 50% and approaching 80% of the house value/price/cost. Therefore, rather than houses being closer together to achieve more density with lower per unit housing costs, houses that are farther apart result in less density and have corresponding higher per-unit costs when land is utilized less intensively. This latter circumstance exacerbates the already dire situation of providing adequate affordability to low-income households.

Low urban density not only reduces the economic competitiveness of a city, but is also not conducive to a service-based economy that provides many jobs for both the creative class and low-income earners. As service-oriented industries account for 76% of the GDP in the United States, cities are economic and employment centers. If urban density is reduced, and as a consequence, there is a dramatic reduction in customer-facing and personal-service work in retail and hospitality jobs, those in the lower economic strata in a post COVID-19 world would have less employment opportunities and income resources while confronting housing costs that may be even higher than before.

Low urban density will result in increased traffic congestion and unnecessary urban sprawl along with surging costs for physical infrastructure and inefficient use of land, which will be detrimental to environmental sustainability and will reduce societal resilience to climate change. High-density cities help to minimize individual carbon footprints. The current compact urban form and high-density pervasive in the cores of major U.S. cities were deemed as a practical solution against decades of urban sprawl and car-based planning, all so prevalent before the 2000s.

If the costs of using space in which we live, work, shop, and play increase, resulting in higher housing prices in prime locations and leading to an increase of time and direct costs of commuting, the consequence will be the most burdensome on those in the lowest economic strata.

The socio-economic aspects of COVID-19 are pervasive and interdependent. COVID-19 has had profound impacts on the housing supply chain as well as the demand-side of the equation.

Many find their place of shelter is different than where they used to live prior to COVID-19. While many upper-income earners are motivated by choice to isolate in a better and safer environment, housing decisions for the majority are dictated by their economic circumstances.

Those who are more financially capable might favor less populated places, with fewer constraints on their personal mobility. For example, well-off New Yorkers have decamped to weekend and summer homes to avoid the constraints imposed on life in Manhattan. Meanwhile, of those thinking of buying a residence, many favor buying a new home over a previously occupied home. In April 2020, while existing home sales stalled, new home sales expanded, with the possibility that prospective purchasers were drawn to the purity of a new residence over a previously-occupied “used” residence, likely caused by concerns of hygiene amidst a pandemic. Along with the same rationale, among existing housing transactions, the single-family typology was largely preferred over condominiums. For existing homes, single-family home sales fell 17% in April versus March, and existing condominiums and co-op sales experienced a much sharper decline of 26.4%.[iv]

More recently, however, in June and July, the pace of house transactions in many markets has rebounded due to a shrinking inventory and historically low mortgage rates. According to the Commerce Department, new home sales reached a seasonally-adjusted annual rate of 776,000 units in June, registering a 13.8% increase and hitting the highest mark since 2007.[v]