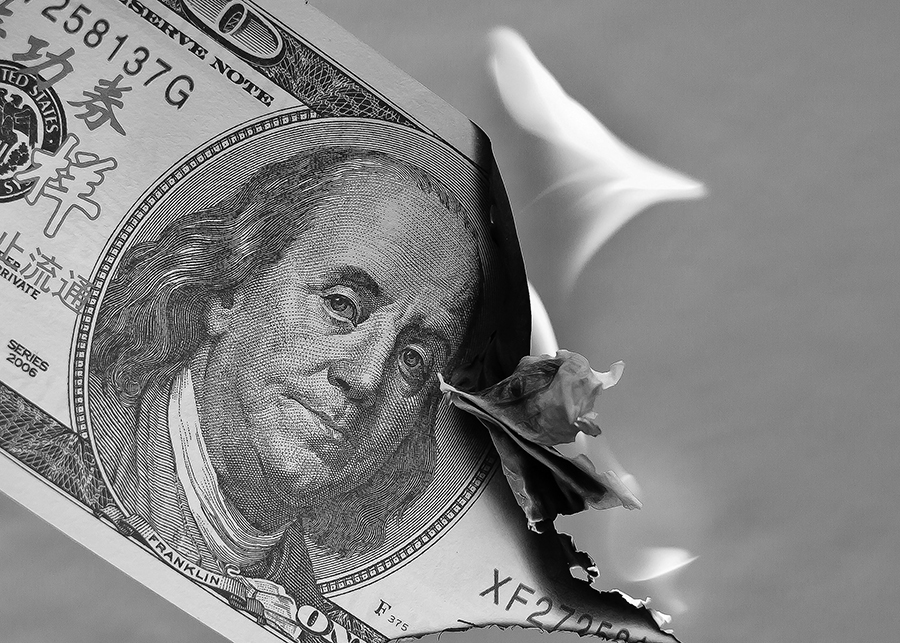 Suppose you lent someone $100 and when they paid you back they only handed you, say, $99 or $80. Would you consider the borrower to have kept his promise and contractual obligation? Or would you think that he had cheated you out of a part of the money you had lent him in good faith? Well, there are those who say that doing so is just fine, if it’s done through price inflation, so the borrower repays the lender in depreciated dollars.

Binyamin Appelbaum, who makes this argument, is the lead writer for The New York Times on financial and economic affairs. He approaches economic and social policy issues from a consciously ‘progressive’ perspective on the regulatory role and redistributive responsibility of the US federal government. Indeed, he is so ‘progressive’ in his thinking that in a recent article on the opinion page of The New York Times, Mr Appelbaum made it clear that he considers FDR’s New Deal to be, well, almost socially ‘reactionary.’

The New Deal was enlightened government reform by men in government for men out of government and designed to make it easier for the ‘little woman’ to stay at home rather than enter the world of ‘man’s’ work. Equally ‘backwards’, Roosevelt’s policies did not mandate that the private sector had to provide paid family leave or paid sick leave. How ‘unprogressive’ for Roosevelt to presume to leave such questions and issues to the people themselves, based on marketplace voluntary association and agreement.

Wanting government to do so much more and more

True political enlightenment is to use the threat of government regulatory force to make people do what ‘the enlightened’ know to be right and better for ‘the people’, than those people themselves. Some might consider such political paternalism to be examples of arrogance and hubris on the part of those in political authority (and by those who are advising them) to presume to dictate how people are to live and work and interact. But not Mr. Appelbaum.

He is absolutely delighted that Joe Biden has such big budgetary plans to rectify all the policy blinders and inadequacies that even past ‘progressive’ Democratic administrations have failed to advance and implement. Government will subsidise more of parents’ childcare costs, and the caregivers of such services will be boosted with more government-insisted upon wages and benefits. Plus, government will more widely subsidise the expense of people staying home from work to care for sick or elderly family members.

In an earlier opinion piece, Mr. Appelbaum was equally delighted with the widened definition of ‘infrastructure’ to be found in Joe Biden’s spending agenda. He said, “When we define infrastructure, we are asserting a public responsibility to make certain things possible. Infrastructure is the stuff people don’t have to worry about.” Many people may think that infrastructure means things like roads, bridges, a dam or a dredged harbour, or maybe a lighthouse. But that would clearly show that any such person was not enlightened and ‘progressive’ enough in his thinking. (See my article, ‘Biden’s ‘Democratic’ Agenda of Paternalism and Planning’.)

What Joe Biden and Binyamin Appelbaum mean by infrastructure is to provide “the means to address the inequalities of wealth, health and opportunity plaguing our society”, which include educating the young, caring for the old, planning the physical environment in the face of ‘climate change’, and directing and subsidising the ability for ‘people to travel in electric vehicles’. Plus a wide variety of other welfare redistributive ‘good things’. One wonders if Mr Appelbaum has ever seen or imagined a human activity not requiring the paternalistic and intrusive hand of government or the political financing of it in some way. If he does, he does not talk about it much.

So, how will all of this be paid for? Like Joe Biden, Mr Appelbaum knows the answer: significantly raise taxes on ‘the rich’, along with on big businesses and large corporations. Make them pay their ‘fair share,’ assuming that that phrase means anything other than what people like Mr Appelbaum think is the right amount according to their own subjective and arbitrary sense of ‘social justice’. Or in more direct and unambiguous language: “I think you have too much and I’m going to use government to take it by force, since I know the right uses for it better than you, especially since I know you are a greedy, selfish person who does not care about others the way I do. Thank goodness there are people like me around!”

Joe Biden’s fiscal plan calls for increasing those taxes on ‘the rich’ and on corporate America to the tune of $3.6t over the coming years. But as an article in The Washington Post (28 May 2021) pointed out, even if all of Biden’s tax increase proposals were to successfully pass through Congress, their effect in raising federal government revenues would not be fully felt for years ahead.

So, the Biden budget proposal assumes a deficit of $1.8t in fiscal year 2022, based on $6t of government spending (or almost one-third of total planned federal expenditures); and there will be budget deficits for many years after that of at least $1.3t per year. Given the current national debt of over $28.3t, if this were to be the pattern of government spending and borrowing over, say, the next 10 years then, in 2031, the accumulated national debt would reach more than $42t.

How will the federal government ever succeed in paying off this debt? Or even covering the interest payments on the accumulated debt? According to the Congressional Budget Office, in An Overview of the 2021 Long-Term Budget Outlook (May 20, 2021), by 2031, almost half of all money borrowed by the government in that fiscal year will be used just to pay the interest owed on the national debt at that time. So, over the next decade the government will be borrowing huge sums of money merely to stay current with the interest payments due on all the years of past deficit spending.