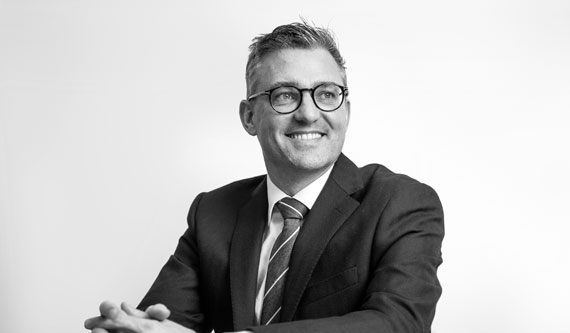 David Wood is Group Finance Director of Urban&Civic plc, an established UK property development and investment company listed on the London Stock Exchange’s main market. David joined Urban&Civic in 2010, shortly after it acquired its first asset, and helped guide the Company through a 2014 listing towards today’s market capitalisation of around £430 million.

Through its role as Master Developer, the company owns or has the stewardship over 5,500 acres in or close to Cambridge and Rugby, which will deliver approximately 34,500 new homes, in excess of seven million square feet of business space and at least fourteen primary and six secondary schools over the next 15 to 20 years.

Having qualified in audit with Touche Ross (now Deloitte), David joined Chelsfield plc in 1996. This first real estate role gave David exposure to regeneration projects of metropolitan scale, including White City and Stratford retail schemes and Paddington Basin, and when Chelsfield was taken private and sold to Westfield, Multiplex and the Reuben Brothers in 2004/5, David joined Multiplex to oversee the sub-division of the acquired Group.

In pursuit of further development experience David later joined Minerva, which was busy constructing around 1 million square feet of office and residential space in Central London.

Following a phone call from two former Chelsfield directors, Nigel Hugill and Robin Butler, who had an idea about a strategic land start-up, David joined Urban&Civic.

Q: What was your first job and what was the worst job you have ever done?

A: My first job was a shoe shop sales assistant when I was 15. It was the type of shop that would be inundated with school children and mostly mums arguing over whether they should buy Dr Martens or Clarks (often mum’s choice). It was a lot of fun mainly because the manager of the shop had such a wicked sense of humour. I learnt very early that enjoying you job makes time pass very quickly.

The list of worst jobs is very long. Looking for temporary employment during the 1991/92 recession was not much fun. I dug trenches for a plumber with bad back, greased scaffolding clips and fixed toasters – anything to earn a buck.

Q: Was finance your first career choice and what were you doing before?

A: The simple answer is No. Despite always enjoying maths I wanted to be a pilot, but colour blindness and dodgy eyesight put paid to that. Then as I approached university age an interest in marine biology started to grow.

I did eventually get my pilot’s licence and I still enjoy the wonder of our seas and oceans.

Q: Why did you choose a career in commercial real estate sector?