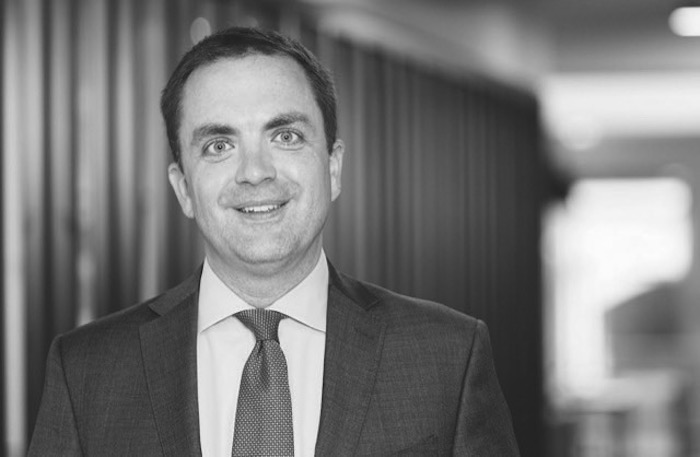 Philip is Founder & Managing Partner of 90 North, a real estate investment manager headquartered in London, with offices in Chicago, Kuala Lumpur and Sydney. Recently celebrating it’s 7th birthday, 90 North was established with co-Founder Partner Nick Judd, with equity backing from James Caan CBE and Faisal Butt. 90 North has worked with both Middle Eastern and Malaysian equity looking for socially responsible and frequently Shari’ah compliant investments across the US, UK, Continental Europe and Australia.

Starting his career with Citigroup in the mid 90s, Philip has worked for both banks and investment managers, establishing Gatehouse Bank’s real estate investment team prior to establishing 90 North in 2011.

My first ever job was delivering free newspapers in the area on the weekends, which certainly kept me fit. My worst job as working on a supermarket checkout. Bright lights, smelly food and screaming children. A swift move to my local Halfords followed. Far more my scene.

Q-Was Tax [real estate?] your first career choice and what were you doing before?

Having studied Economics at university I achieved my goal of getting into banking, but wasn’t really sure where it would take me.

It chose me really. I was a Risk Manager for the Italian, Austrian and French banks that Citigroup had dealing with and was keen to be the one creating the transaction in the first place, not the one signing it off. So I spoke to HR and they suggested an Analyst role with a new real estate team in Citigroup’s Private Bank, so I did that and liked what I found.

It’s the contrast between the relative simplicity of the real estate itself, which at the end of the day is simply a box that someone either lives, works or plays in, and the detail that we need to bolt on top to make an attractive and risk controlled investment. By the time the legal, finance, tax, Shari’ah structuring, etc. has been put on top, the real estate can feel rather distant, but one site visit and you remind yourself about the original motivation to invest. You can literally feel it.

It can be rather long. Opening our Sydney office last year I try to catch up with Australia as early as possible so as not to impact too much on their evening. It’s then the European and UK business, before Chicago wakes up early afternoon. I try not to leave too late, but will be keeping an eye on the phone all evening…much to my wife’s annoyance! I don’t travel as much as most people imagine, but when I’m gone, I’m gone. So at least a week away when I travel and frequently two weeks if I’m visiting Australia.

Q-Who or what has had the biggest impact on your career?

It would have to be meeting my co-Founder Partner Nick. We nearly worked together, but then kept in touch and whilst neither of us ever mentioned it, we sort of knew that we’d end up starting a business together. We have different backgrounds and different work styles, but we share a common ethos of how business should be done and it’s truly made 90 North the success it is today. As 90 North’s brand promise states: “Doing great business. With a good conscience.”

Q-What advice would you give to people at different levels on developing their careers?

Keep pushing yourself and frankly, work hard. Particularly within a small team, if you do a good job new opportunities will be presented to you. Management wants people they can trust, so it’s really as simple as that. We look for three qualities when we recruit: Passion. Precision. Perseverance.

Q-Who inspires you and why?

My father. Growing up he instilled a strong work ethic in me and showed what can be achieved by pushing yourself. As I tell my boys, “Push. Push. Push.”

Q-What are your strengths and weaknesses?

I’d say I’m good at managing multiple items at the same time and being able to prioritise amongst them. I have to. Weaknesses? It used to be not delegating, which I’ve largely sorted, but still frequently decide to do something myself rather than leaving it with the person responsible, which may not always be the best use of my time.

Q-What do you think are the common qualities that the best leaders have?