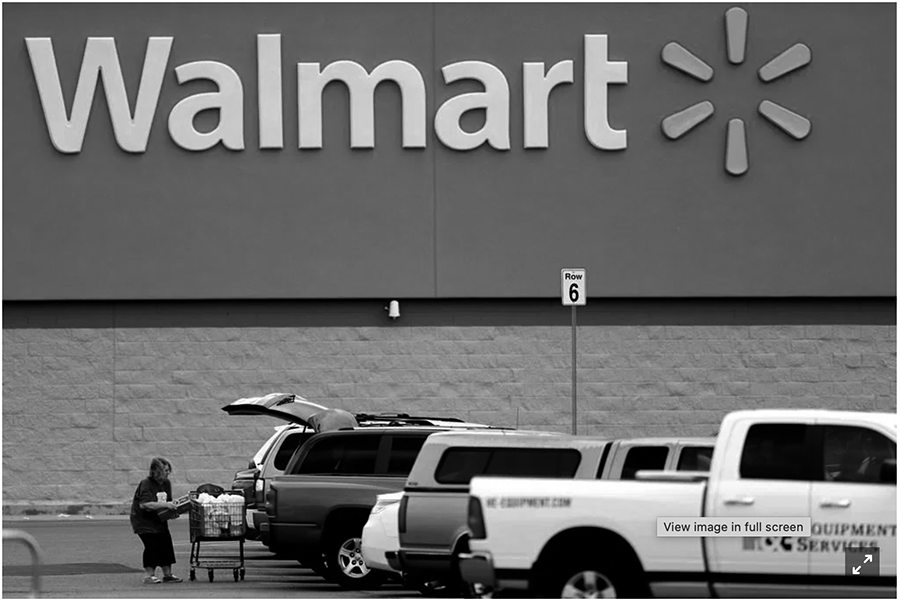 What are some of the most important dates in American history? July 4, 1776 seems obvious enough. Legislation making Juneteenth a federal holiday has shined the spotlight on June 19, 1865. Black Tuesday (October 29, 1929), the bombing of Pearl Harbor (December 7, 1941) and D-Day (June 6, 1944) are important 20th-century dates. On July 2, 1962, however, an inauspicious store opening signaled a substantial shift in the American economic landscape. That’s when the first WalMart Discount City opened its doors in Rogers, Arkansas.

1962 was a momentous year for American retail. In addition to WalMart, it was also the year discounters Kmart, Target, Meijer and Woolco opened their doors. Over the ensuing six decades, they have changed what people can buy, how they shop and, importantly, how much they pay – so much so, that the economists Jerry Hausman and Ephraim Leibtag have argued that the US has mismeasured the Consumer Price Index by not adequately accounting for the retail revolution. Creative destruction in retail, of course, has not made everyone strictly better off all the time: stores that compete with the Walmarts, Targets and Home Depots of the world have had a tough time, and many have closed their doors. Woolco is no longer and Kmart is a shadow of its former self. On balance, however, the revolution in how people shop has helped people ‘Save Money. Live Better’, in the words of a slogan Walmart adopted in 2007.

Here’s just one example. In 2011, Charles Courtemanche and I published a paper in the Journal of Urban Economics estimating that Walmart Supercenters explained about 10.5% of the increase in obesity in the US from the late 1980s to the early 2000s (we summarise the key findings here). A few years later, Courtemanche and a different group of co-authors reached similar conclusions about the spread of obesity.

In our 2011 paper, we found that the additional obesity-related health costs associated with Walmart Supercenters were tiny compared to what the average household saved because they could shop there. If our estimates are correct, saying, “we could reduce obesity by shutting down Walmart Supercenters” might be true. It is also true, however, that I could lose some of the weight I need to take off by cutting off an arm. The costs would definitely outweigh the benefits and there would be other unintended consequences as well. In a 2019 paper, we teamed up with Xilin Zhou and Murugi Ndirangu, and found that Walmart Supercenters reduce food insecurity, particularly for low-income households (here is an ungated summary we did for VoxEU).

Big Box retail studies extend well beyond their narrow effects. In 2009, Courtemanche and I published a trio of papers looking at how Walmart affected social capital, individual values and leisure activities, and the late Steven Horwitz explored Walmart’s disaster relief efforts in the aftermath of Hurricane Katrina. The ‘costs and benefits of the Big-Box retail’ rabbit hole is pretty deep. We explored it in our contribution to the 2016 Elgar Handbook on the Economics of Retailing and Distribution, and in my considered judgment, Walmart looks like a pretty substantial net positive for the world, and while its critics are still active – unionising Walmart’s 2.3m employees would provide a handsome increase in annual revenue for the UFCW and the SEIU – it looks like Amazon is taking some of the heat formerly reserved for Walmart.