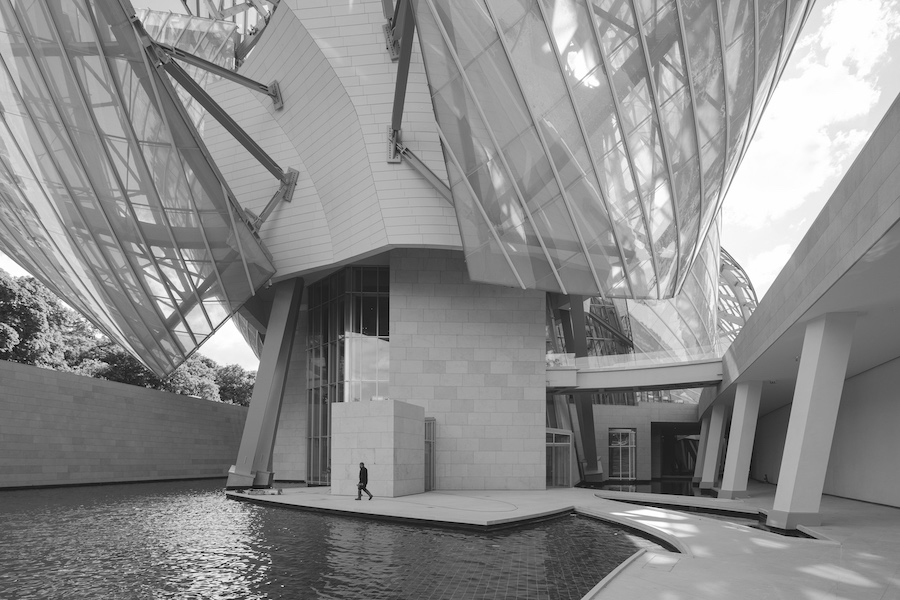 Frank Gehry’s cultural centre in the Bois de Boulogne was born into controversy but is now accepted as a phenomenal piece of architecture whose structural gymnastics defy belief.

La Fondation Louis Vuitton, a remarkable building by any standard, was designed by the illustrious Frank Gehry. The architect was invited by Bernard Arnault, chairman of LVMH, to consider designing an art museum for the Louis Vuitton Foundation for Creation on the edge of the Bois de Boulogne in Paris, and the project was first presented in 2006 with a cost estimate of around €100m. The City of Paris, which owned the park, granted a building permit in 2007.

But in 2011 an association for the safeguarding of the Bois de Boulogne won a court battle against the project, with the judge determining it too close to a tiny asphalt road that was deemed a public right of way. The City appealed and the museum was ruled to be in the national interest; legislation was passed allowing construction to proceed on the basis that it would become “a major work of art for the whole world”. The centre opened to the public in October 2014 at a reported cost of $143m – though three years later the true cost was revealed to have been nearer $900m.

Upon Arnault’s invitation, Frank Gehry had visited the garden, and imagined an architecture inspired by the glass Grand Palais. When I went to see the museum in 2015, I was taken aback by the complexity of the structure, which appeared somewhat as a geometrical solution to Gehry’s quite amazing designs. The two-storey structure has 11 galleries totalling some 41,000 sq. ft, a voluminous 350-seat auditorium and multiple roof terraces for events and art installations.