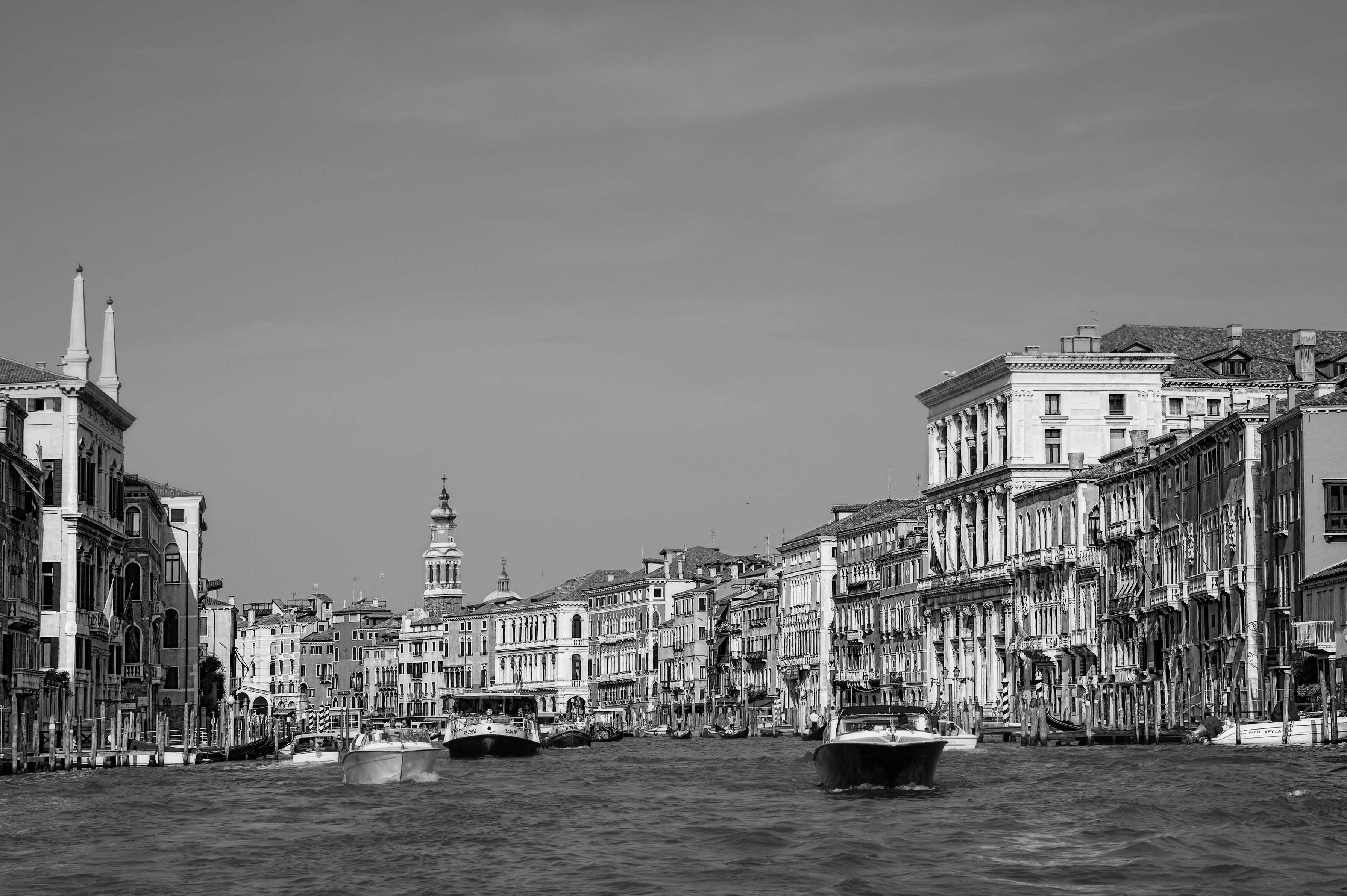 Venice is extraordinary for many reasons but it is unique because it is a city that is built on water. It has its own singular way of building; however, it is the light that has captured the imagination of writers and artists for so many centuries, the changing light coupled with the water. To me it is essential to arrive in Venice by boat. On my recent visit, I approached the ‘La Serenissima’ (the most apt name a city has ever been called) just as the sun broke through a thin layer of spring mist, revealing the city floating on the sparkling lagoon beyond.  Turner recognized this unique effect and spent many hours painting it in his numerous views of the city. And, in a way, the buildings were irrelevant, it was the light and the effect of the light on the water that he was after. Ruskin, a great admirer of Turner (so much so that he followed Turner’s exact route through the Alps, stopping at the same spots in order to experience the exact same views that Turner had) also recognised the unique effect of the shimmering and changing light in Venice. Venetian architecture, at its best, picks up and complements this phenomenon.

Venice in its early years offered the perfect refuge from the heathen goths on the mainland. As the Venetians increasingly held power over the seas, they had no need for keeps, forts or strongholds.  Knowledge of the lagoon and its rivers ensured that no foreign boats dared attack for risk of becoming stranded on the mud banks.  Their homes reflected this and a unique form of building emerged in the Venetian lagoon. Without the need for defence, but a consequent need for trade, most families lived above the warehouse. The ground floor was devoted to storing and trading goods that came from Europe and were destined for the East or vice versa. (It is no accident that the distinctive Venetian dish, Baccala, consists of a paste of dried cod from an obscure island off the North of Norway and was discovered by a Venetian boat that had got lost while sailing from the Eastern Mediterranean with goods from Crete). The living quarters were also important but were above the ground floor and were reached in the early years by an external stairs which can be still seen today in the most ancient palazzos. Gradually over time, as the emphasis of families became less mercantile and more focused on rents and as Venice became more decadent, the stairs were internalised and the Piano Nobile became more important than the trading floor below.  However, because there was no need for defensive devices in the buildings (and because all buildings built on the lagoon needed to be light weight in case they slid into the mud) a large proportion of the main façade (always facing the canal) could incorporate increasing amounts of openings, and later glass, that just was not practical in the rest of Europe. Ruskin was obsessed with the gothic architecture of Venice for a number of reasons. It is, of course, a hybrid form between East and West and its evolution is well described in his book ‘The Stones of Venice’.  But also he was obsessed with it because it responded so well to the condition of Venice; that is being surrounded by water and thus appearing to float on the lagoon.  His view was that the true architecture of Venice complemented the effect of light and water in the lagoon. For him, the Doge’s palace was the perfect example of this upside down gothic where the finest most decorative elements were at ground level and he spent hours and hours doing measured drawings of it. To him, this ancient gothic facade was like a translucent lace veil that enhanced and highlighted the constantly changing effects of the light on the water.

The stunning principal facade of the Doge’s palace consists of a soft and delicate decoration of pink and red crisscrossed stone above a fine filigree of intricately laced Istrian lime stone columns. When we examine at close quarters the individual stones that make up this colonnade we see that they are large and heavy and we are amazed at how they might have been put into place by medieval masons. However, the effect from afar is the opposite and indeed it seems almost unbelievable that this delicate screen of columns is able to support the great weight of the building above. So for Ruskin the intricate and finely carved gothic tracery was the perfect expression of the shiny delicate surface of Venice. It is perhaps no surprise also to know that, historically, the main centre for glass making in the world was situated on the adjacent island of Murano and that, similarly, Burano, another island close by, was the European centre of lace making. Both glass and lace were the perfect material expression of Venice and the lagoon.  It is my belief that the best architecture in Venice, through its long history, has picked up on this theme as well.