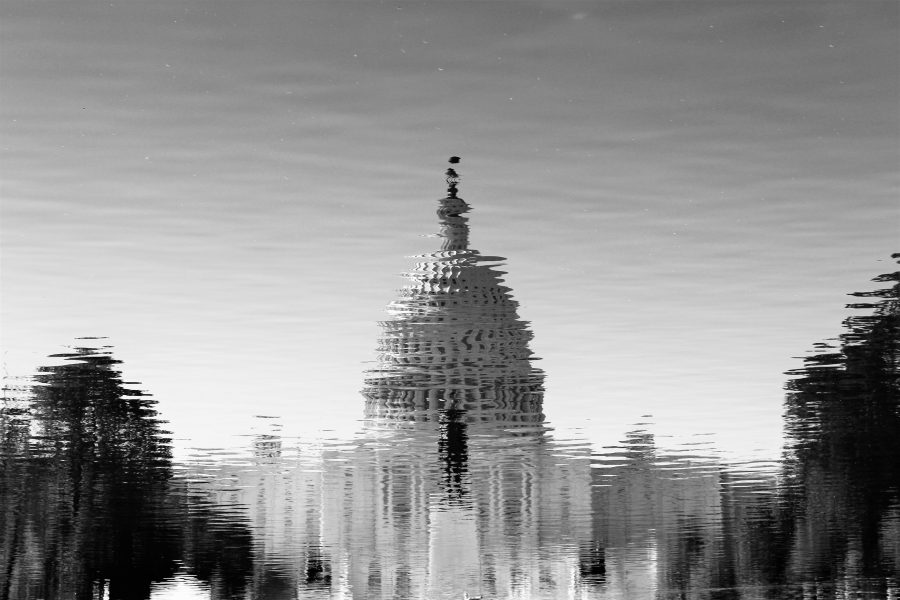 The Senate will return a 1 PM EST today to “resume consideration of the motion to proceed to S.1, Strengthening America’s Security in the Middle East Act of 2019.”  Later this week, Majority Leader McConnell (R-KY) plans to take up President Trump’s proposal to end the shutdown, but the seven Democratic votes needed to end the Democratic filibuster aren’t there.  The House will return at noon today with votes postponed until 6:30 PM EST on six bills from the Suspension Calendar.  Later this week, it will take up another appropriations bill to reopen the government, H.R.648, which the Rules Committee will consider at 5 PM today.

As the post-World War II international order continued to erode, the markets ignored the longer-term implications of a more isolated America, a world increasingly adrift and global leadership up for grabs. …

The seeds of the next major financial crisis (or the one after that) may well be found in today’s sovereign debt levels. There is no way to know how much debt is too much, but America will inevitably reach an inflection point whereupon a suddenly more skeptical debt market will refuse to continue to lend to us at rates we can afford. By the time such a crisis hits, it will likely be too late to get our house in order.

WASHINGTON — As a critical round of talks with China kicks off next week, the Trump administration is increasingly pessimistic that Beijing will make the kind of deep structural changes to its economy that the United States wants as part of a comprehensive trade agreement, according to officials involved with the talks.

The United States is now weighing whether large Chinese purchases of American goods and more modest economic changes will be enough for a deal to end a damaging trade war between the two nations and help calm volatile markets.

A Chinese delegation led by Liu He, China’s vice premier, will meet with Robert Lighthizer, the Trump administration’s top trade negotiator, and Steven Mnuchin, the Treasury secretary, on Jan. 30 and 31. The two countries are racing to strike an agreement by March 2, a deadline set by President Trump and President Xi Jinping of China.

If no deal is reached by that date, Mr. Trump has said the United States will raise tariffs on $200 billion worth of Chinese goods.

I’ve never expected a sweeping deal.  I do expect the March 2 tariff hikes to be avoided and a phased future reduction of existing tariffs.