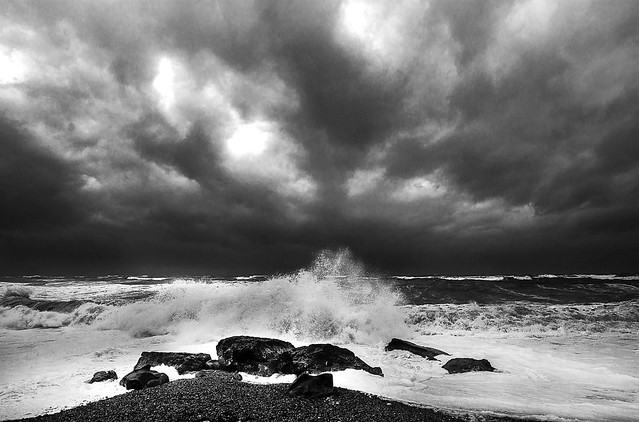 Following the deaths of property tycoon Charles Rudd and his CEO Nick O’Keeffe in a sailing accident, William Rohm has travelled to Liverpool to sign-off the life insurance claims. After meeting Rudd’s company secretary Guy Danvers, Rohm drives north along the Lancashire coast to visit Rudd’s widow and on route, receives an unexpected phone call from Evie Malone, one of Rudd’s PAs, who tells him that her boss died a worried man. Rudd’s widow then casts doubt on the Coroner’s verdict of Death by Misadventure and Rohm realises there’s more to this case than he first thought. Outside, he spots two men in parked car, watching.

The car with the blacked-out windows hadn’t followed him, he was sure of it. A mile after leaving the Rudd mansion, Rohm had seen a sign to the beach, parked-up and walked down to the water’s edge. A stiff westerly was blowing-in from the Irish Sea and black clouds were gathering out in Liverpool Bay. As the waves broke and surged onto the shore, he thought of how Rudd and O’Keeffe had drowned out there on a stormy Saturday last December and he decided that Ezra Rudd was right; there were still unanswered questions about her husband’s death. Rohm stayed there for fifteen thoughtful minutes then drove back to Liverpool. If anyone had been watching him, he would have seen them.

Back at his hotel, he had a shower, read through his emails then called his boss, Joanne Stet. She was the Claims Director and on the Main Board of the firm but she listened in silence to his news – the meeting with Danvers, the call from Evie Malone and the surreal interview with Charles Rudd’s drunk but not so merry widow. Rohm didn’t tell Jo about trying to coax information out of Mrs Rudd’s security guy, Danny. It was against the rules and could have got the firm into trouble. And he said nothing about the men in the parked car outside the gates of the Rudd estate. That would have sounded like paranoia.

“I’ll message you later, after I’ve seen Evie,” said Rohm as he tried to bring the call to a close. Time was getting on – he was due at the Artisan Club at nine.

“Okay, but don’t go looking for work, “said Jo. “The Coroner is satisfied the deaths were accidental and so are we. In the morning, tell Danvers we won’t pay for the dispute contingency then sign it all off and come home.”

“I might speak to the cops before I leave – just for the sake of completeness.”

“And maybe call a couple of Rudd’s business associates…”

“We’ve talked about this before Will. You’re our star player and we love you but the firm doesn’t like its people going off-piste. One of these days you’ll get avalanched.”

Rohm made his usual reassuring noises about making discrete enquiries then said goodbye.