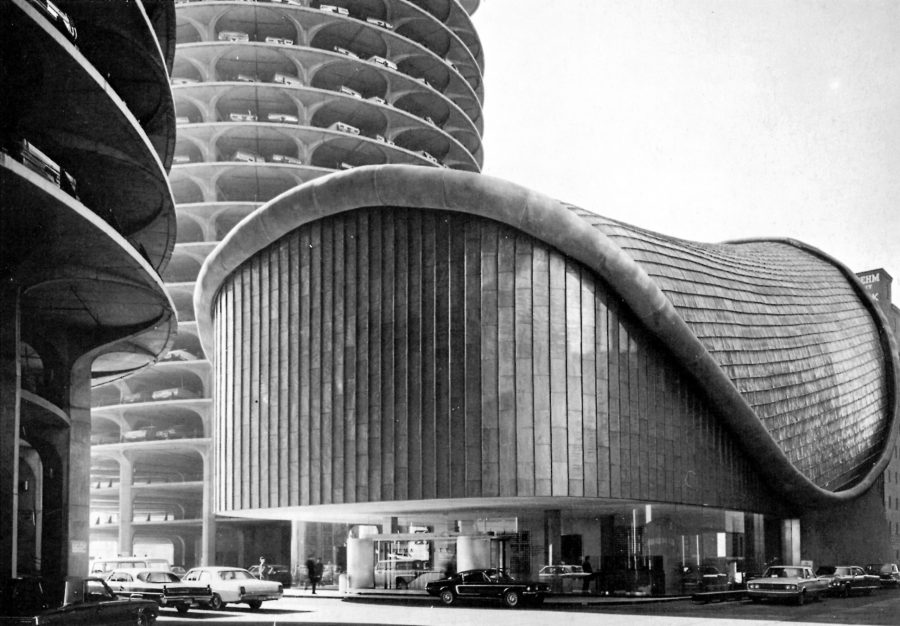 The birthplace of the skyscraper overflows with famous buildings – but none as stunning as a lesser-known piece of architecture, Bertrand Goldberg’s brutalist ‘city within a city’

A recent architectural field trip with my company, Derwent London, took us to that city that boasts the birth of what was then called the ‘cloud-buster’ – better known today as the skyscraper. Chicago was also home to the first  elevators, pioneered by the now famousOtis Elevator Company. We visited some great buildings, starting with the 100-storey John Hancock Center, designed by architects SOM and completed
in1969 at a cost of $100m. Now known as 875 North Michigan Avenue, this 2.75m sq. ft colossus is still the city’s fourth-tallest building. A trip to the building’s Willis Tower Skydeck on the 95th floor, which offers a 360° view of the city, is a must-do on any trip to Chicago.

Also worth a visit are some earlier buildings by Louis Sullivan, including the Chicago Stock Exchange (built in1894) and the Sullivan Center, which became a temple of commerce; each made a distinct contribution to the architecture of the city. Of course, you can’t discuss Chicago’s architecture without a mention of Mies van der Rohe’s amazing 860-880 Lake Shore Drive or his Illinois Institute of Technology – or, for that matter, of Frank Lloyd Wright’s various buildings. These include Frederick C. Robie House, which its architect described as the “cornerstone of modern architecture”, the redesigned Rookery Building and the near century-old Unity Temple, which is one of the last surviving Prairie School buildings intended for public use. Chicago truly is a mecca for early modernist architecture.

Spoilt for choice, I have opted for one of the city’s lesser-known architects, Bertrand Goldberg, and his spectacular Marina City complex, as one of my all-time favouritebuildings. It was by pure chance, having been advised to take the architectural boat ride through the city (a trip that I in highly recommend to any visitor), that I was introduced to this Chicago icon. Built more than 50 years ago, it scores highly as a model for socially, culturally and economically informed architectural practice. A mixed-use riverside complex, it consists of two extraordinary cylindrical, residential towers, a saddle-shaped auditorium, a mid-rise office building a plaza. This hugely ambitious project, constructed between 1960 and 1968, was Goldberg’s attempt at urban : a city within a city, he called it. The minute I saw Marina City, I was overwhelmed by its structural beauty.