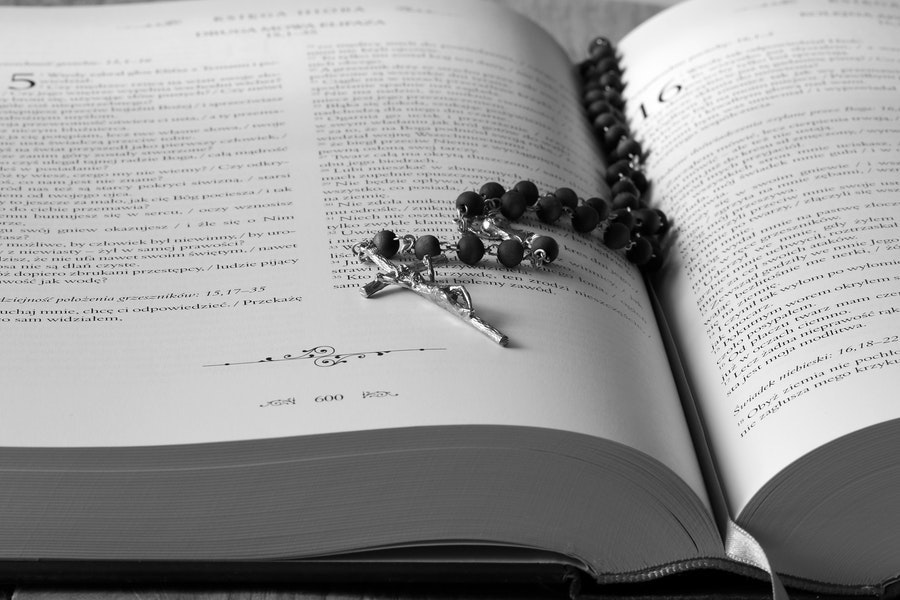 In a year of ‘special advisers’ falling on swords, the tale of Thomas Becket, martyred on 29 December 1170, can read like an overdramatized telling of Dominic Cummings’ resignation – sacrificing himself for his colleague, though comparing Lee Cain to Canon Law might be a bit of push.

But the recent purge of Boris’s inner court at Downing Street reminded me how the wheel of political power and patronage is always turning – what medieval philosophers called the Rota Fortunae.

As every British schoolboy knows – or used to know – it was whilst celebrating Vespers on 29 December 1170, around 5.30pm, that Archbishop Thomas à Becket was hacked to death by four knights loyal to Henry II in the north-west transept.

Exactly 850 years to the hour that Becket’s head was left severed on the bloodied stone floor, I stood close to the very ‘Martyr’s Door’ (the door is the original) through which the knights had barged after Becket had ordered the doors to be opened, knowing full well the fate that awaited him.

The dramatic events of that infamous night were to change British history with Becket canonised as a saint in 1173. His shrine at the cathedral swiftly became one of the most popular pilgrimage destinations in Europe.

Normally, on 29 December, the Dean of Canterbury and the Archbishop of Canterbury lead a special candle-lit evensong service in the packed cathedral, which stops off – like a passion play – at the various parts of the cathedral where the infamous events of December 1170 took place.

But this 850th anniversary year, the congregation was reduced to perhaps 80 members of the public. In the dean’s introduction to this “very significant act of worship”, which began “as darkness falls”, the Very Rev Robert Willis reminded the audience that it was because of Becket’s martyrdom that “a flowering of pilgrimage began” to Canterbury.

This year over 1,000 events were planned to celebrate the double Becket 2020 anniversary, including the loan – from the papal church of Santa Maria Maggiore in Rome – of the blood-splattered ‘tunicle’ (vestment) worn by St Thomas Becket during his fateful last Vespers as archbishop. Alas, most were cancelled or postponed including the “Thomas Becket: Murder and Making of a Saint” exhibition at the British Museum (this is now rescheduled to open in April 2021).