Millennials, your views on Brexit are not set in stone – The Property Chronicle
Sign up for FREE now to get the weekly Property Chronicle Bulletin and never miss out on the latest insight from our expert contributors 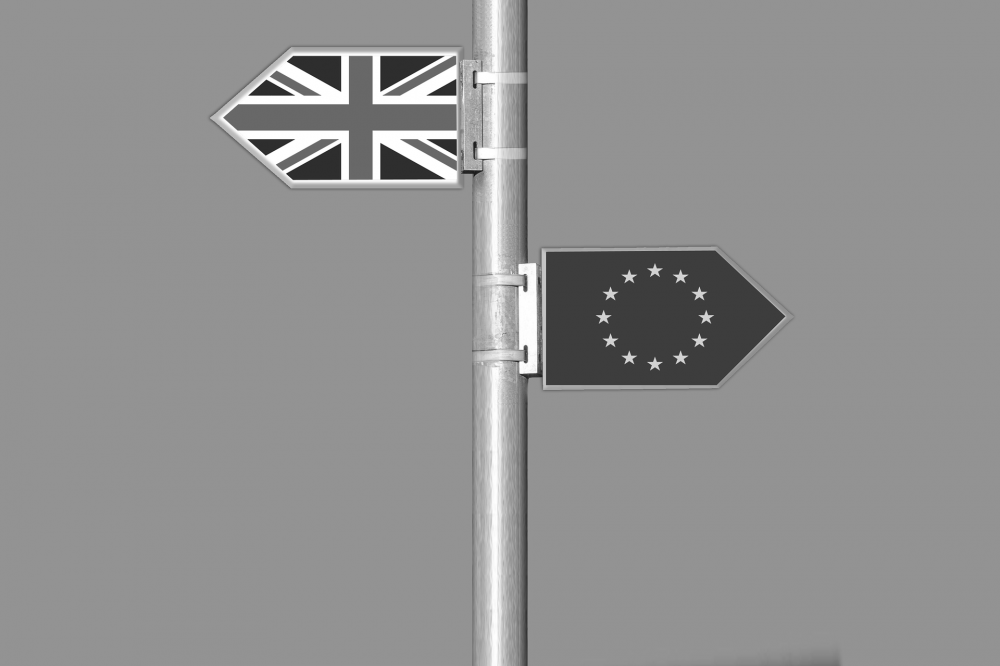 I have read and watched with careful attention the complaints made by many of you, and others on your behalf, about the Brexit referendum. For two years and seven months, the internet has been awash with complaints that an older generation has “stolen your future”. Some of these complaints are thoughtful; some are (intentionally or unintentionally) funny; many are somewhat strident. Here’s a few tweets as examples: 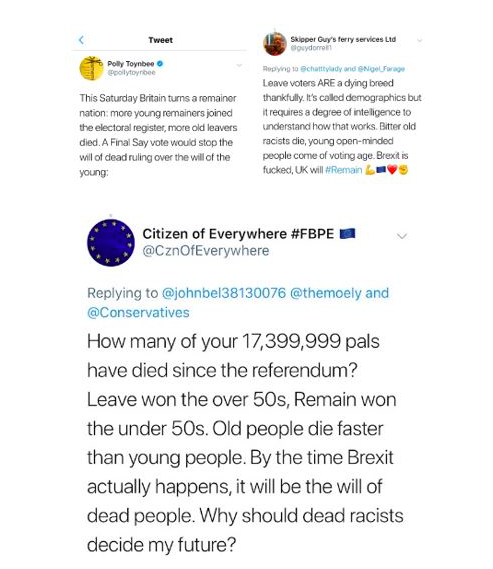 Some, as we can see, venture into the sort of language that I had thought you young lot felt was inappropriate. The ‘Deatherendum’ site was a classic example until was taken down. Some of the more absurd of these posts are written by those who are old and allegedly wise enough to know better, and not just Polly Toynbee. Consider, for example, this crassly a-mathematical post by Peter Kellner.

If you’re one of those who wishes to find such thoughts credible, you need to think again. The dynamic of who votes how, at what age, is in fact more complicated than that. Yes, apparently 74 per cent of those aged under 24 voted for Remain. But what in your youthful naivety you are failing to realise is the dynamic of maturation; of becoming your own person as you grow older, and then changing your once youthfully idealistic beliefs. Yes: it falls to me to tell you that by the time you depart this earth, probably the majority of you will have realised how much better a Leave vote was for Britain than a Remain one – and that change of mind will, indeed, happen for many of you not that many years from now.

Those of you who think that the young will conquer the Brexit-leaning majority over time rely on one single idea: that as the young grow older, their beliefs do not change. In this, you are offering a theory about human development: that youths’ beliefs remain constant throughout the rest of their lives. Well, if you’re going to have a theory, might it not be good to study the topic before claiming it’s true? You don’t have to dip too far in to learn much. In doing so, you will find out how wrong you are. Let me help you with your research with the following comments.

The long-acknowledged classic work on the subject of human maturation was by Erik Erikson who describes, I would say poetically but anyway truly, the way the human soul develops through life. Here is a nice (and brief) YouTube link that explains Erikson’s theory. One of his key points (at around minute 3:15) is that for the 40-65-year-old, the most important issue for the individual is “Generativity” – the concern of guiding the next generation – the desire to pass something on to that next generation, be that their own children, their grandchildren, or others. This desire, says Erikson, is the transcendent issue during that stage of life. This link, by the way, goes to a much-cited paper that verifies in particular (table 3) Erikson’s assertion that ‘Generativity’ increases substantially as the individual ages. The paper shows that Erikson characteristics do not differ between men and women; between the different social classes; between sick and healthy people; even, substantively, by educational attainment. But these characteristics, and in particular Generativity, do differ between younger and older people.

Two other books — Daniel Levinson’s Seasons in a Man’s Life (I recommend this article by Levinson that describes his work, which drew extensively on Piaget, Erikson, Jung and others), and Gail Sheehy’s Passages – written many years ago but still relevant – offer, for men and women respectively, a view of the changes that occur in common across all types of person, as the individual grows older. I recommend them in general, regardless of this particular point.