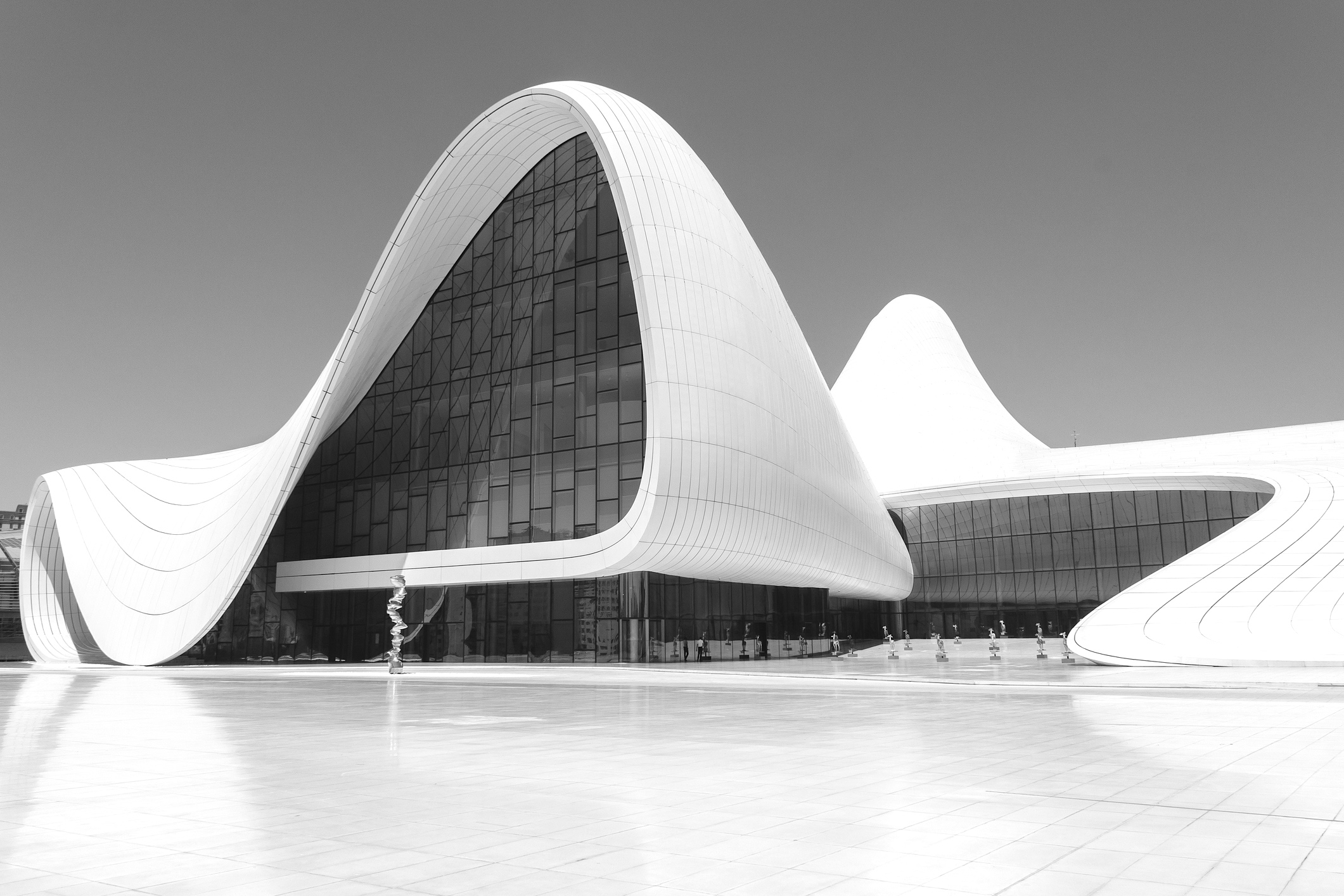 I first came across ‘Zaha’ when I was a student at the Architectural Association (known as the AA) in the early 1990s. She was always known just as Zaha. She never required a last name as everyone knew who she was. She had rock star status even then, although she had never built anything. With her forthright opinions, she imposed herself fearlessly on student ‘juries’ (that peculiar method of an architect’s training where terrified students publicly present their work to tutors and critics who smoke, drink and debate their projects into the early hours of the morning). Her fame rested on her brilliant Diploma thesis of breath-taking draughtsmanship and her winning entry for the Hong Kong Peak competition. She was also one of six star architects in the Philip Johnson curated show ‘Deconstructivism in Architecture’ at the Museum of Modern Art in 1988. (Although she distanced herself from the French philosophy of similar name, she did, however, draw inspiration from some of the early Russian constructivists, such as El Lissitzky.)

Zaha was a product of Alvin Boyarsky’s revolutionary takeover of the AA which, before it could be (and fortunately wasn’t) absorbed into the larger Imperial College, London, produced so many notable and exciting architects from 1977 until Boyarsky’s untimely death in 1990. Some have argued that Boyarsky’s AA was more creative than Black Mountain College in its heyday and others have compared it to the Bauhaus. Ultimately though it was not Zaha’s surroundings, but her physical presence and enormously strong will which enhanced her fame. You couldn’t fail to notice her when she walked into the room.