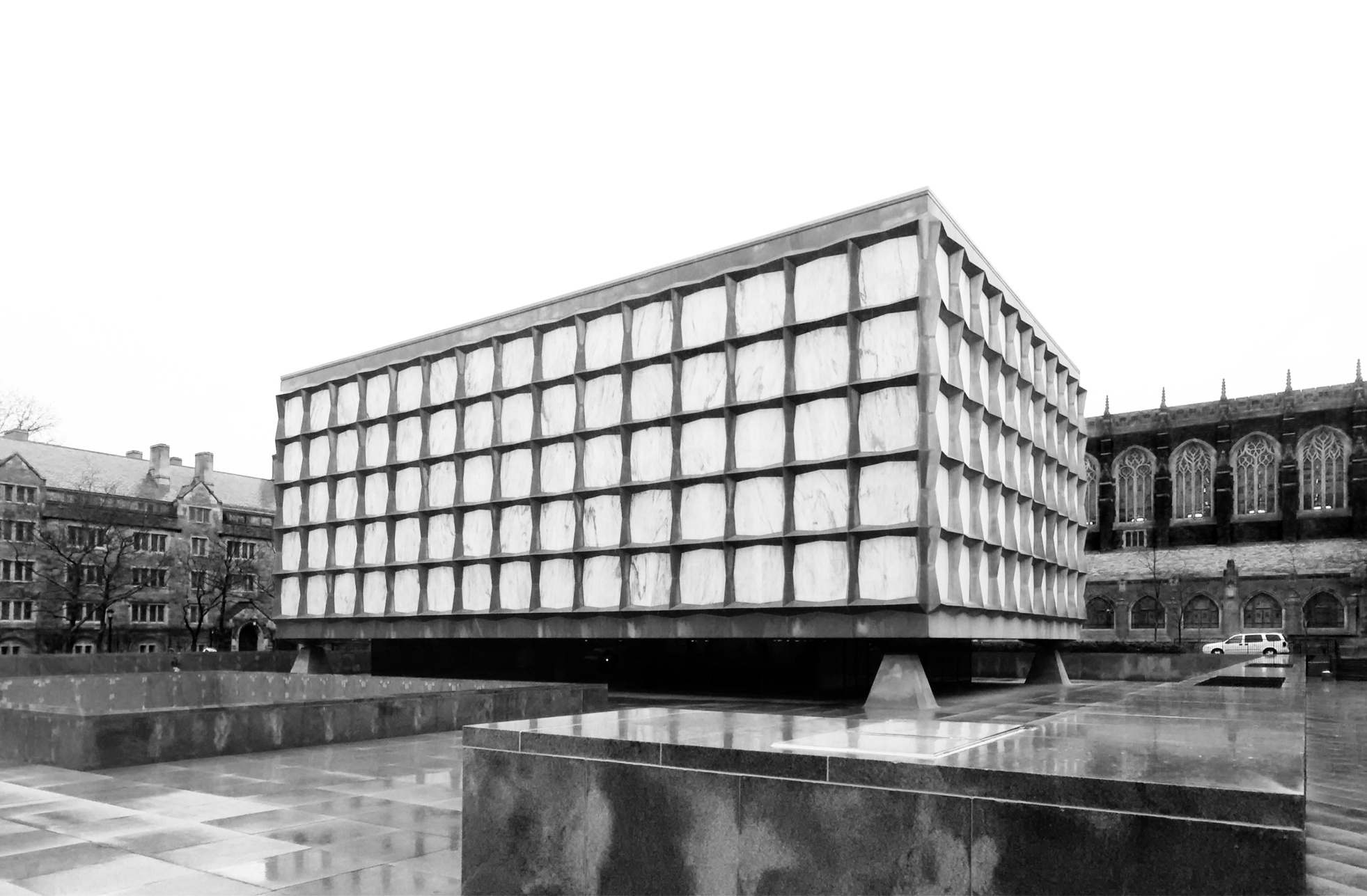 My visit to Yale was not to study a post graduate degree but happily for me to look at the extraordinary range of Modernist Architecture over the length and breadth of their campus.

I was aware that Yale, which boasted one of the best architecture schools in the United States, had commissioned some great Architects from both the late 19th Century and also the 50’s & 60’s which included amongst others Louis Kahn (Yale Centre for British Art, 1974), Paul Rudolph (Art & Architecture Building, 1963), Eero Saarinen (Ingalls Hockey Rink/The Whale, 1958) & Philip Johnson (Kline Biology Tower, 1966).

Arriving by train in New Haven and walking towards the Yale campus, I first spotted Philip Johnson’s impressively dominant and commanding Biology Tower. It was at this point I realised I was in for a great architectural adventure! None of the buildings disappointed and whilst all were completely different from one another in both style and use, each one in turn, left an everlasting impression.

Whether viewing Rudolph’s scintillating form of Brutalism, Kahn’s beautiful symmetry or Saarinen’s architectural gymnastics, nothing could have prepared me for what has now become one of my favourite top six modernist buildings. I was ambling towards the centre of the campus along a serene and tree lined approach when I beheld a ‘jewel box’ of a building that hovered over the plaza it stood upon.

Here was a building of breath-taking beauty; a unique building unlike any other. The Beinecke Library remains a significant building that houses a significant library of historic and valuable collection of rare books and manuscripts and the literary archive of Yale University.

Located on Yale University’s Hewittt Quadrangle, the building was designed by Gordon Bunshaft of Skidmore, Owings & Merrill and completed in 1963. Established by a gift of the Beinecke family, the library is financially independent from the University. It remains one of the largest buildings in the world entirely dedicated to its collection of rare books and manuscripts.