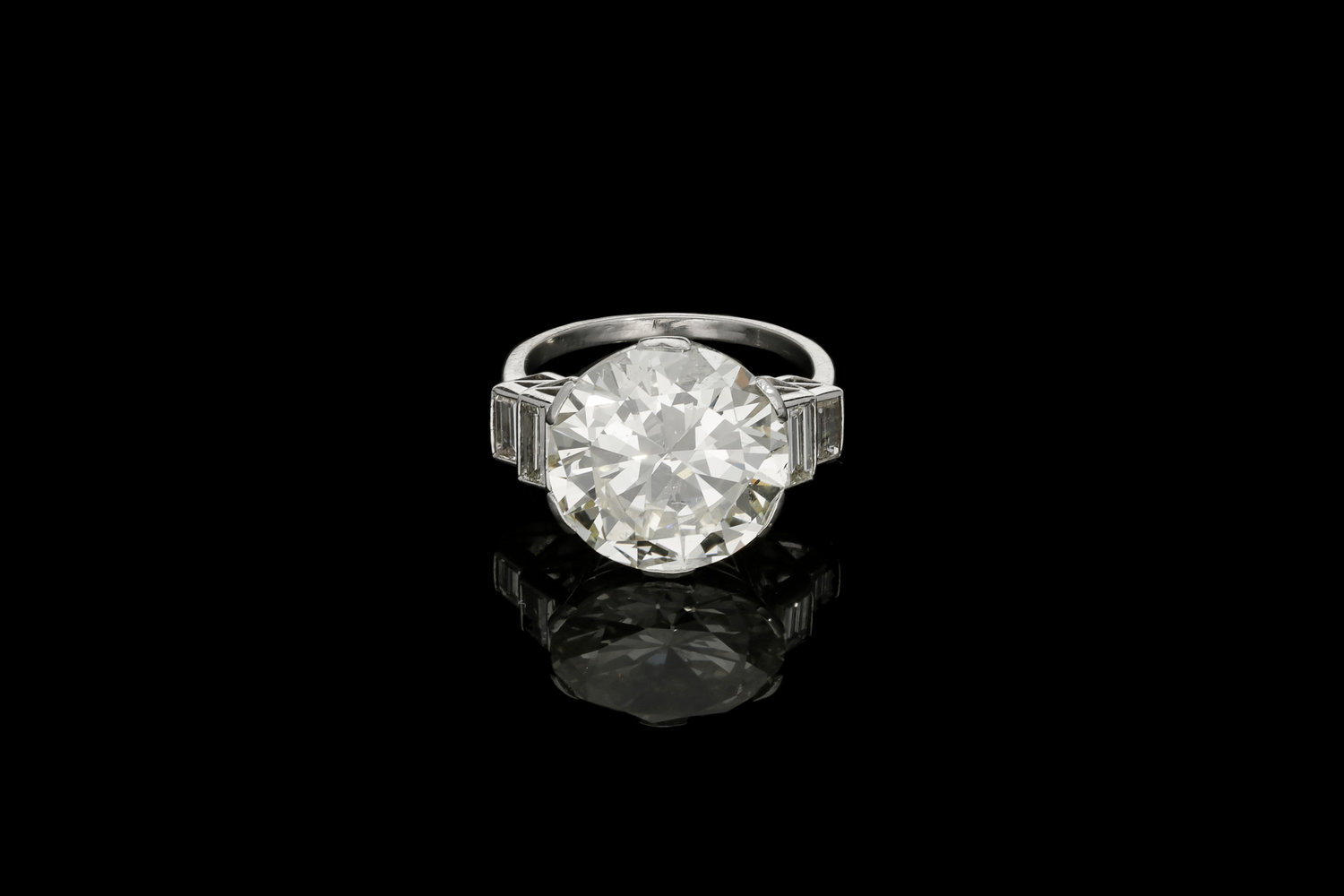 In today’s fluctuating markets, investors scour for low risk, high return opportunities. These are few and far between, the most reliable being natural resources and bricks and mortar, which themselves can be subject to uncertainty. For the more cerebral venture capitalist, a new hunting ground has emerged in the last decade, and it is yet to be picked up by the mainstream.

At the start of the 20th century the Art Deco movement was gathering pace, evolving from the flowing fluid lines and forms of the Edwardian and Art Nouveau period, into the juxtaposed angular pieces that are so easily recognisable today. It would not be unfair to suggest that the cubist movement influenced designers’ penchant for geometric lines and angles during this spell. The use of platinum as a setting enjoyed a revival in this period, due in part to the discovery of the world’s largest deposit in South Africa in 1924. The elegance of Deco pieces was also a recognition of the Women’s Rights Movement; the elaborate flora and fauna trends of the late 19th Century fell out of favour as the refined and graceful Deco style became more sought after. Jewellery that could be worn in both social and professional environments was a more accurate reflection of the progression of women’s position in society.

Fast forward 90 years and the Deco movement is as popular today as it was then, if not more so. Timeless pieces, treasures with real history and craftsmanship adorn many a shop window. Yet these are often overlooked for modern trinkets, sought out for their branding rather than their beauty. Their generic nature is their comeuppance. They lose value the moment your payment is registered, and here in lies the opportunity; in the past decade Deco period jewellery has soared by 72%. This, compared to a 27% increase in average house prices in England over the same period, just puts into perspective how sound an investment Deco can be.

This bull market is not only consistent but shows no signs of slowing. A finite supply will drive the value of this stock upward, underpinned by increasing demand from China and the Far East. If you fancy yourself a broker or trader then let the boutiques of Piccadilly be your stock exchange. The best jewellers have GIA certified gemmologists that provide accurate histories and insurance valuations for the pieces they sell. From the well-established Hancocks & Co, makers of the Victoria Cross, to the recently opened Piccadilly Vaults, potential assets sit in their boxes dazzling the eye with refracted light.