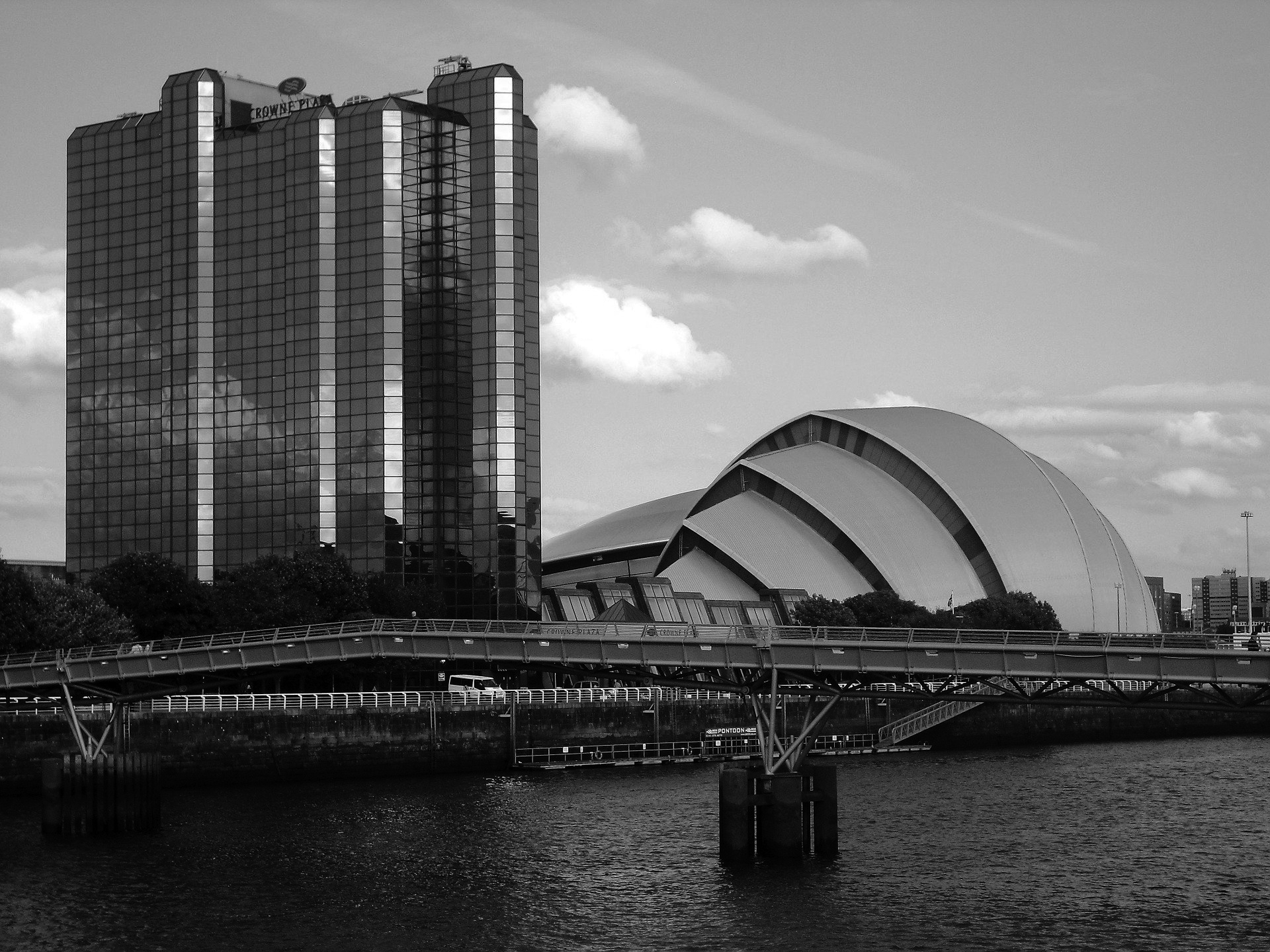 On Wednesday, I travelled hopefully to COP26 – looking forward to the delights of the LNER high speed, low carbon, full fat English breakfast.

My best laid plans went awry as LNER cancelled and the much-delayed trip left most of us standing for four hours sustained by a bag of crisps and a recycled plastic bottle of water. It was thus very much better to have arrived than to travel hopefully.

Lesson 1: infrastructure is key. The 15-minute city is fine for living, working, school and shops, but a low-carbon country needs high-speed rail links.

After visiting our Edinburgh project, I travelled on to Glasgow, looking forward to updates from the front line

Lesson 2: we are climbing a mountain, so collaboration, safety ropes and a few ledges to pause and reflect are vital.

I learned  that hotel prices were up and  people were out but masked. The ‘big decisions’ were being made in private rooms, but attendance was deemed critical as it offered easy access to people and, importantly, ministers.

Lesson 3: in-person meetings still matter – buildings matter – as the backdrop to the theatre of everyday life.

Somewhat eerily, Thursday – Cities, Regions and Built Environment Day – was also Remembrance Day. There were echoes of the absurdities of Oh! What a Lovely War, in that the struggle to get attention/money/engagement in/for the carbon challenge in your field, your interests are actually best served by talking up your carbon emissions! Those involved in transportation are claiming they produce 29% of the world’s CO2, but the suspicion of built environment lobbyists is that that they are claiming buildings too. In this perverse world, we are still in the ‘lead’ at 38% rising to 40%.