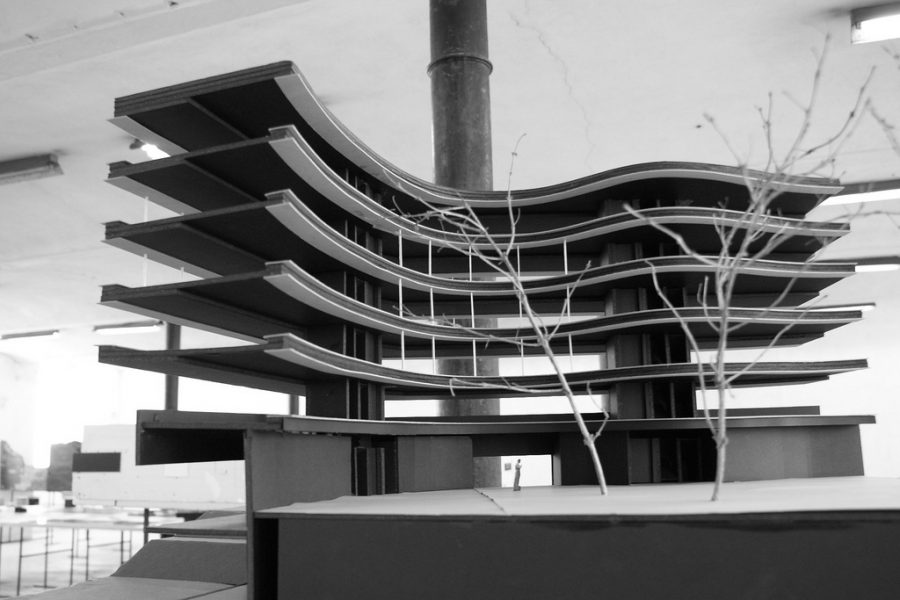 Not long after his celebrated thermal baths were completed, Peter Zumthor, the idiosyncratic reclusive Swiss architect, gave a rare lecture in the elegant basement lecture hall at the RIBA.  I had only recently qualified and I was eager to see what I hoped would be some amazing slides and details of this arch minimalist’s work.  The lecture hall was packed to the brim with barely standing room in the aisles.  We all waited in eager anticipation.

Peter Zumthor walked onto the stage to rapturous applause.  Behind the lectern a large yellow monochrome rectangle was projected onto a giant screen.  ‘Tonight’ the great man announced ‘I will…. read to you my ‘Beat’ poetry.  Accompanying each poem will be a colour slide that particularly connects to the poem that I will read’.  As it became apparent that this was not some sort of elaborate joke, there was an overwhelming sense of bemusement which gradually turned to disappointment as Zumthor launched into one verse of obscure poetry after another.  Zumthor was no Jack Kerouac and gradually the audience drifted away.

Zumthor is a tough architect to like.  His reputation as a reclusive hermit is, he admits, hard to eliminate.  He rarely publishes his work. He would rather people visit his buildings than look at pictures of them in books.  His studio is in the very remote location of Haldenstein, an obscure valley in the South East of Switzerland.  He is notorious for vetting clients and making them wait.  He has shunned interviews in the past and has no website.  He prefers to summon journalists to his mountain retreat which also contributes to the myth.  He is an architect’s architect but he even tests those architects who admire his work.  He is a purist and expects everyone else to be too.

It is a dream of many architects to build a building in one material only; and with his thermal baths at Vals, Zumthor has almost achieved it.  Vals is a small village, with naturally occurring hot springs, in Graubunden (one of the twenty six cantons in Switzerland) about two hours’ drive South East of Zurich.  The baths are monolithic and made from layers of the local gneiss stone, quarried a kilometer up the valley.  The building seems to rise naturally out of the ground in the forest.  Both the material and the design play with the hot water, the reflections and the steam filled air. But there is nothing compromising about this building.  Even the spaces inside are built of this hard grey stone in a sort of geometric cave system.  The program for the baths is uncompromising too.  Each successive room dwells on one particular sense.  One room is for touch, one for smell, another for sound etc.  If one talks, which is strictly forbidden, an assistant appears out of nowhere to remind one that one is not allowed to speak.  Relaxation takes hard work and concentration please – these are the rules.