A pristine Roman sculpture, almost too good to be true – The Property Chronicle
Sign up for FREE now to get the weekly Property Chronicle Bulletin and never miss out on the latest insight from our expert contributors 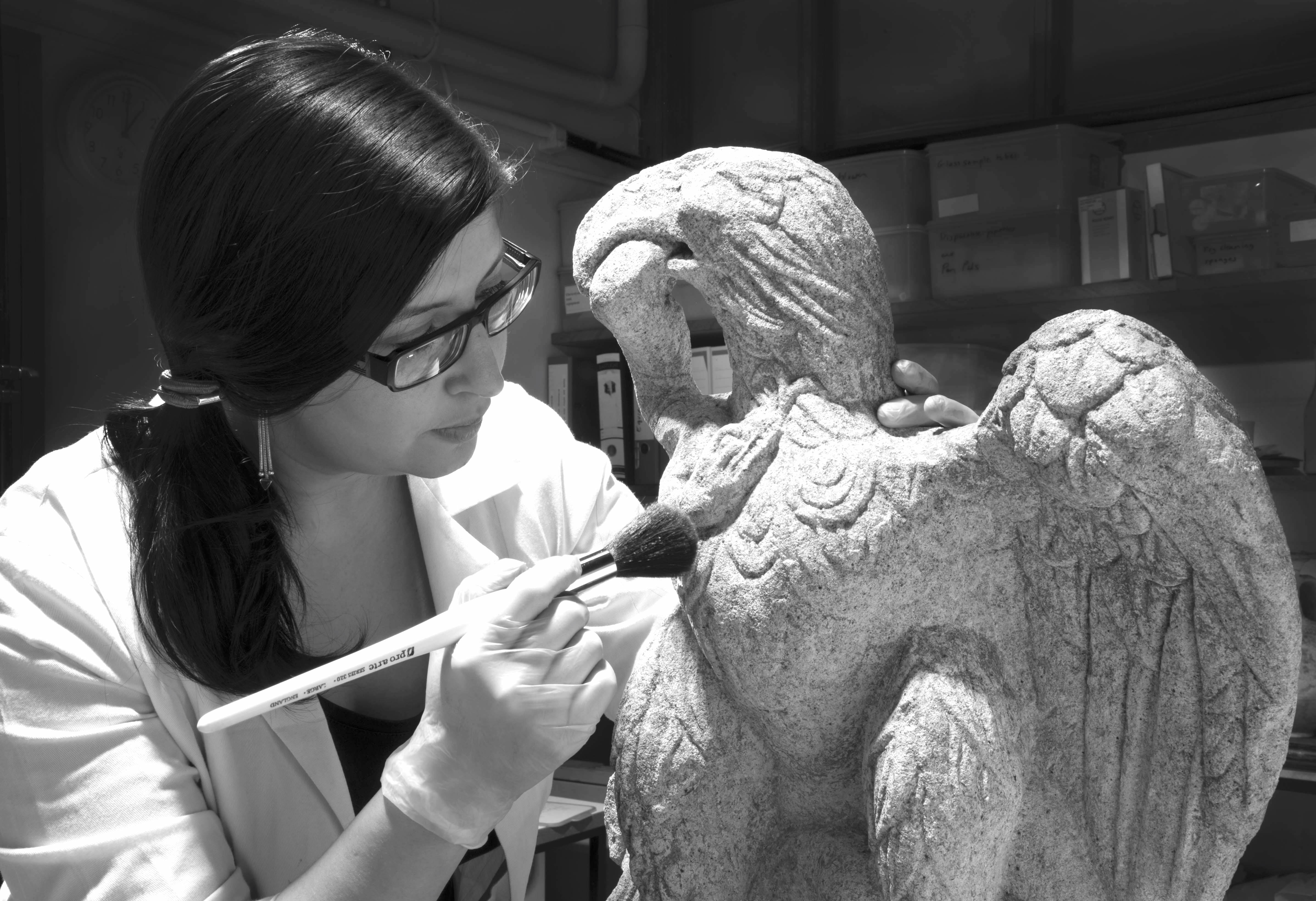 In 2013 archaeologists from MOLA discovered an extraordinary Roman sculpture on the last day of excavation for the development of Motel One. In this article the astonishing story of the sculpture is revealed.

Working on a site in the City of London, ahead of development of a 16 storey 291 bed hotel by Scottish Widows Investment Partnership (SWIP) and its development partners Endurance Land, the archaeologists from MOLA were at first hesitant to announce the discovery and to proclaim its Roman origins, owing to its almost unbelievable preservation.

Having consulted world-leading specialists the team confirmed that the sculpture, in the form of eagle firmly grasping a writhing serpent in its beak, dated to the 1st or 2nd century AD.

Depictions of eagles and serpents are typically Roman but the closest comparison to this sculpture comes from Jordan. The symbolism is thought to represent the struggle of good, the eagle, against evil, the snake. This theme is common in funerary contexts and an important Roman cemetery is known to have been located on the site of the new hotel.

It is believed that this statue once adorned a rich mausoleum, the foundations of which were also uncovered during the excavation. The lack of weathering on the statue corroborates this theory, as does the absence of detail on the back of the sculpture; suggesting that it once sat it an alcove.

Described by experts as ‘amongst the very best statues surviving from Roman Britain’, the skill of the craftsman is apparent; with the forked tongue of the snake and the individual feathers of the eagle still clearly discernible today. Some 65cm tall and 55cm wide, the sculpture is made from oolitic limestone from the Cotswolds. A well-known and celebrated school of Romano-British sculptors worked in the area but to date examples of their exquisite work has been scant and fragmentary.