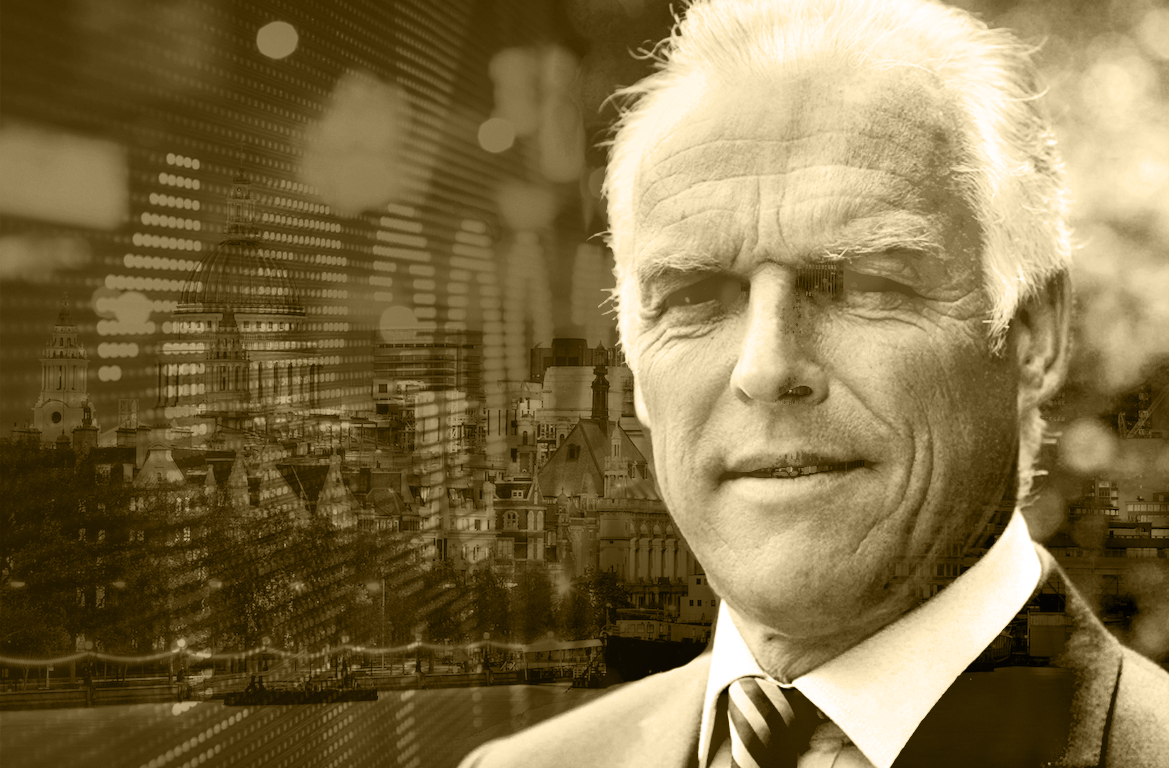 Jonathan Davis is an author, columnist and professional investor, editor of The Investment Reader and a regular contributor over many years to The Spectator, Financial Times and other publications.
www.independent-investor.com

It only takes a few minutes in the company of Andrew Baum, recently appointed as the first real estate professor at Oxford University’s Said Business School, to realise why he now prefers to be an academic rather than the successful full-time property professional he trained to be. His heart is in teaching and research and in having a platform to “speak truth to power”, however unpalatable that truth may be to the natural conservatism and vested interests of the property world or the head-in-the-sand attitudes of truth-averse politicans.

Before venturing into such topical issues as the shortage of housing in the UK (“scandalous”), or the merits of a development land tax (definitely “interesting”), I start by asking Prof Baum how he came to be involved in property in the first place. The “simple answer”, he says, is this: “My father was a chartered surveyor and I couldn’t think of anything better to do. I remember being interviewed for a law degree at LSE and King’s College, and feeling completely alienated by the conversations that were going on in the corridors by the students that were doing the degree. Their conversations seemed to me to be way too intellectual and well beyond my capacity to think.”

“My father was a chartered surveyor and I couldn’t think of anything better to do.”

“So I was put off law in my interviews and I ended up, through the clearing scheme at the ripe old age of sixteen, going to Reading University to do what was called Estate Management. Why I was in such a hurry, God only knows. The school I went to put me through O Levels in four years, rather than five, and it seems like I’ve been on an accelerated timetable ever since. I never walk, I always run, and life just seems to be short of hours.”

It took several years for him to realise that teaching and research, the life of the property academic he now enjoys, was for him. “My dad had given me some work experience in Leicester City Council’s property department, and I graduated at nineteen and got a job working for the district valuer at the Inland Revenue’s property department, valuing farms for estate duty.  Then I got a job at Reading Borough Council, in order to get back close to the university, because I think I’d realised by that time that being a teacher was probably something which was more appealing to me than being a committed, full-time property professional. So, I went back to the university and I taught at Reading for ten years, always doing something on the side – rent reviews, valuations, structural surveys of houses, whatever I could find, but enjoying teaching immensely. in the end, I felt that I’d accidentally stumbled across a career that combined the things I wanted to do with something that was slightly more remunerative than being an English teacher”.

So you have had a good deal of practical experience, at least, I say? “Well, a little. I did a lot of structural surveys of houses and most of them were probably professionally negligent because I didn’t really know enough about them! I can’t imagine I was very good at it. But you learn by doing. So, I was learning my trade by doing real work, while I was teaching and enjoying being in the classroom.” For the past thirty years, in aggregate, he reckons he has worked more hours in the professional world than in academia. What he calls his “reasonably serious” professional career includes founding two successful property research firms, acting as CIO of Henderson’s property business in the 1990s and launching one of the first fund of funds in real estate, a venture that subsequently became CBRE Global Investment Partners.

That raises the question, I say, of whether – and if so how – property is an academic discipline which can be taught. “Yes, it absolutely can be taught,” Baum says, “because property is a multi-disciplinary subject. To be a really good property advisor, let’s say, you need to understand finance, economics, law. It’s pretty easy to put together a syllabus that is reasonably intellectually demanding. You wouldn’t say it’s a property degree, but it would involve all of the things that you need to be comfortable with.”

“A property advisor needs to understand the law of contract, the law of property, financial models and how you use them to value pieces of property [Prof Baum is the author of several textbooks on the issue of property valuation]. You need to understand land economics and why some parts of the city are more valuable than other parts of the city. And then they will tell you that you need to understand construction as well, but I never really understood that. I think economics and finance are the basic building blocks that you can teach in property. But then you need to add those things together with practical experience to become a really valuable advisor, that’s for sure.”

But that is not the way it has always been taught, I say, reflecting on my time at Cambridge University when Land Economy was the favourite degree subject of beer-loving rugger players and would be members of the Blues boat, not always known for their academic prowess. That is probably true, says Baum: “I’m sure forty years ago, they’d have said that rowing was probably better taught than finance in Cambridge.”

But the Cambridge degree, he notes, has always been more about economics and the environment, so “the market has moved forward to meet them, in many ways, because sustainability and energy use are all concepts of environmental value and are relevant. That particularly chimes with undergraduates who want to feel that they’re doing the right thing, as well as just training to be somebody who’s going to make some money.”

What then are his plans for the newly created real estate programme at the Said Business School in Oxford which he now heads? Having been a part-time professor at Reading University for more than 20 years, and having spent five years teaching a finance course to Land Economy students at Cambridge, he says the objective is to combine teaching and directing a real estate MBA elective with research into important issues of national or strategic importance.

The first fruits of this effort was a pioneering collaborative study into ‘proptech’, an investigation into the ways in which new technology has the potential to change the way that property is owned, managed and used – a subject which as Prof Baum notes in his introduction, offers great opportunities to entrepreneurs in an industry “plagued by inefficient processes and uncecessary transactional costs defended by self-interested professionals and institutions”. The real estate business, he adds, “is not known as an industry which embraces change”.

Universities are a force for good in the world

Apart from teaching and research, his new job also involves “trying to build something from nothing, which fundamentally involves trying to raise money, in order to be able to hire people to work with me and to take it over from me in the coming years. I accept the responsibility that it’s something I have to do. It’s something I did at Reading University as well and it’s something that I believe has to be done. It’s a lot easier in the US because people’s propensity to give is much, much greater in the US than it is in the UK”.

“But we need private funding for world-class institutions. I’m proud of our university system. I’m proud of the fact that we’ve got five of the top twenty universities in the world. I think it’s a remarkable statistic, despite everything that successive governments have done to damage our position by restricting flows of immigrants into our university courses and not giving them any right of remaining, for example.”

“We have to do everything we possibly can to support our university system. Because it’s one of the few things that I believe is still a force for good in the round. Universities generally haven’t been vilified in the way that the police, MPs, the Church, journalists even, pretty much everything else has been brought down by scandal. It’s not really happened in the universities yet. I very much hope it never will.”