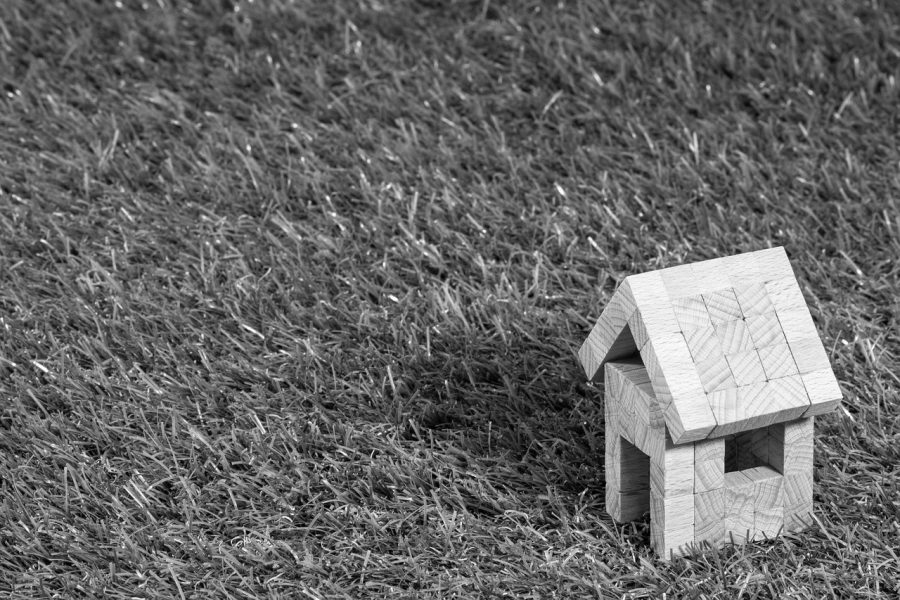 It appears mid-term elections should not substantially change the pro-growth policies being pursued by the current administration, thus moderate economic growth should continue for the next few years. While US GDP growth has trended above the 2% average experienced since the great recession, slowing growth in Germany China and Japan may moderate US growth in the future. Full employment may push inflation and interest rates moderately over the next year. Demand growth continues in all the property types, with mild oversupply in apartments and hotels. We expect slowing supply growth due to labor shortages and higher construction costs. 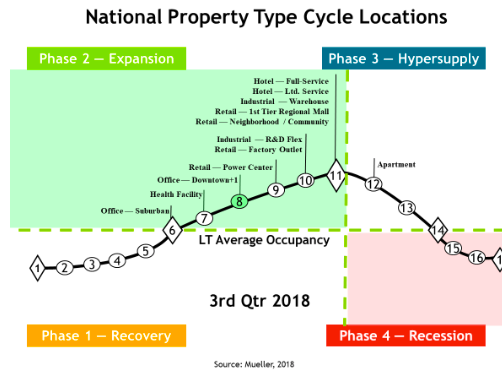 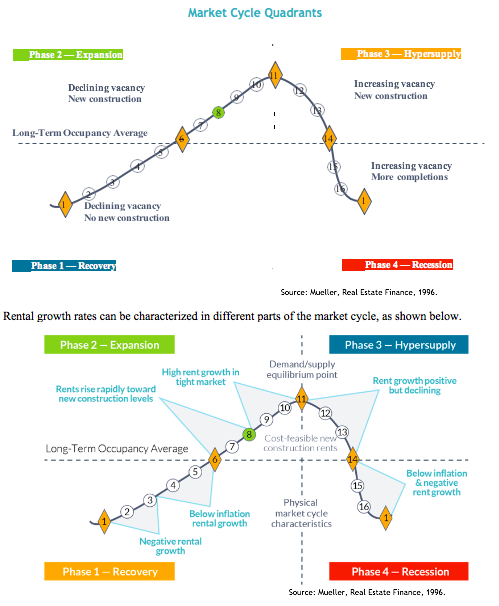 The national office market occupancy level increased 0.1% in 3Q18 and was up 0.1% year-over-year. Office employment growth was constrained by full employment, as firms found it difficult to hire from a smaller hiring pool.  New supply is moderate, as higher construction and financing costs are creating better rationalization.  Short term rentals like WeWorks is leading new demand for space as small start-ups need the growth flexibility and larger firms realize that the tax code now favors short terms rentals that do not have to be accounted for as debt on their balance sheets like long term leases. National average occupancy has moved to point #8 (the cost feasible rent level) so expect more new construction. All but five markets are now in the growth phase of the occupancy cycle! Average national rents increased 0.5% in 3Q18 and produced a 2.2% increase year-over-year. 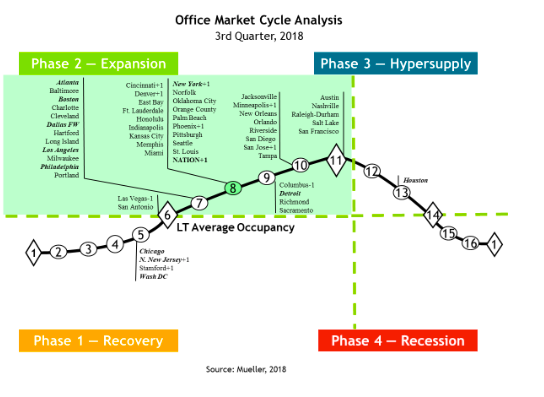