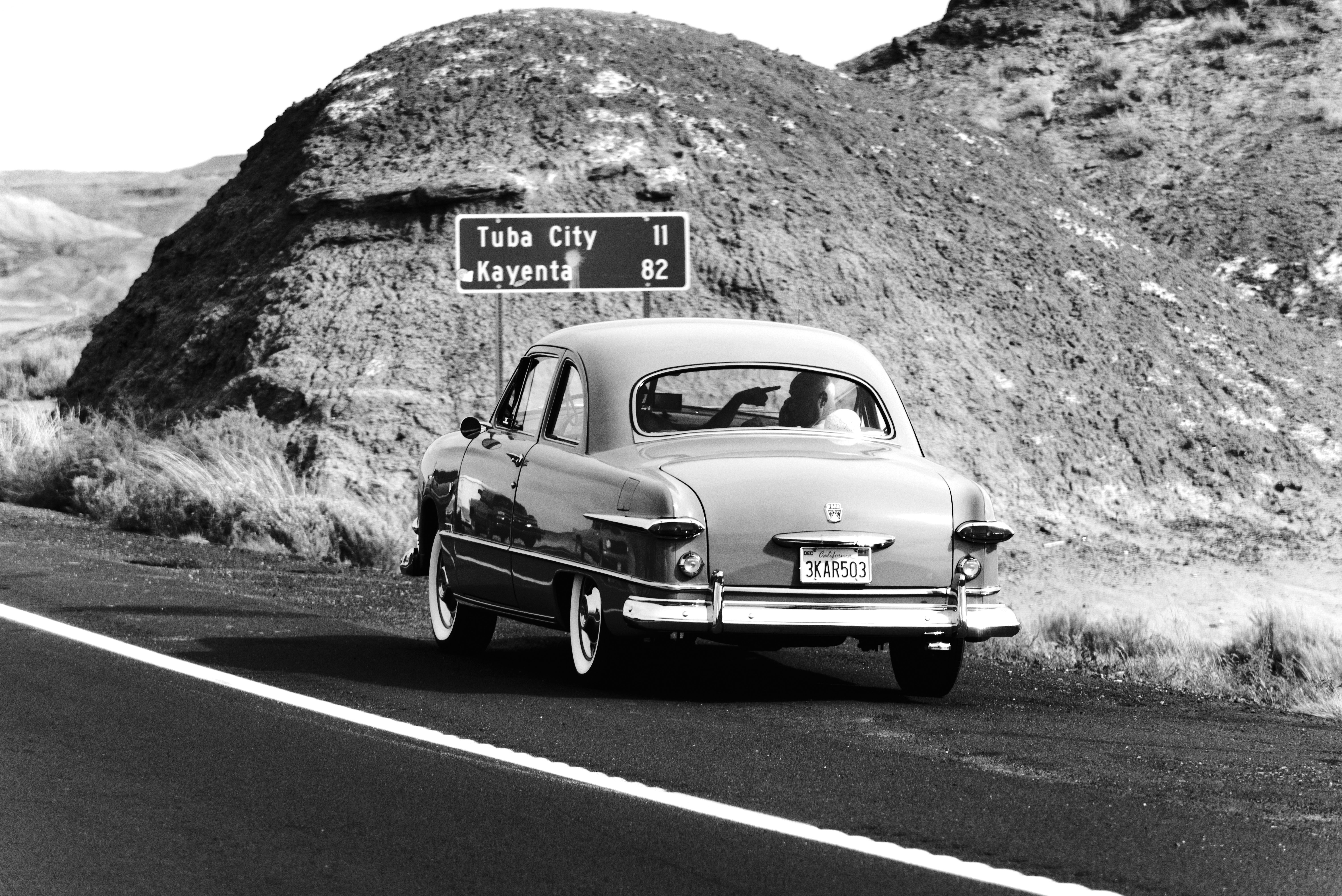 In the latest in a series of extracts from America Inc: The 400-year history of American capitalism Bhu Srinivasan recounts how the transformation of American roads led to the development of department stores and the decay of cities.

In the summer of 1960, a green GMC pickup truck with camper attached was delivered to John Steinbeck’s home in Sag Harbor, New York. Years after writing The Grapes of Wrath, he had countered his country’s migratory pattern west by leaving California to settle in this former fishing village on Long Island. Having crossed middle age, and insulated by financial success and literary acclaim, Steinbeck had felt a need to reconnect with America. To once again see and feel his country in the flesh, rather than through news accounts and television footage, Steinbeck embarked on a road trip with his dog, Charley.

After a few days on the country roads of New England, doing his best to avoid interstate highways, Steinbeck was forced to take his green truck onto I-90, “a wide gash” through the wilderness that seemed to him the new “carrier of the nation’s goods.” Efficient but without distinction, the interstate led him to lament the possibility of driving from New York to California “without seeing a single thing,” as the highways were completely removed from local life, a sterile arterial system made up of endlessly paved tar with new, long freight trucks speeding along. The national sameness both struck and distressed him, evoking the feeling of an America lost, of efficiency as the paramount cultural thread as infrastructure changed the landscape.

The nation’s most dominant industry at the turn of the century, railroads, had finally ceded its supremacy in moving commerce. In 1945 railroads carried five times the freight of commercial trucks. In less than twenty-five years, revenues from shipping via tractor-trailers — each one the size of a single rail car — exceeded the railroad’s. This made perfect sense. With each new housing development in suburbia, entire local economies needed to be built around it. Movie theatres, shopping centres, and chain grocery stores, along with local services such as doctors and dentists, started filling out the commercial ecosystem. Instead of quaint town centres with intersections and sidewalks, the new commercial centre of America was typified by large parking lots. In the back, suburban stores often had loading bays that made it efficient to pull up a giant truck. Rather than unload railroad freight at a hub onto local trucks, a preloaded freight truck sent across the country point to point was far more cost-effective in many instances.

This had repercussions for old small towns, communities that already had thriving Main Streets of cobblers and toy stores, bookstores and furniture showrooms. Starting in the late fifties, retailing spawned the idea of the discounter. Just as the railroads had once enabled catalogue merchants like Sears and Montgomery Ward to erase the markups on goods due to distance, the interstate highway opened up logistical possibilities to this new class of entrant.