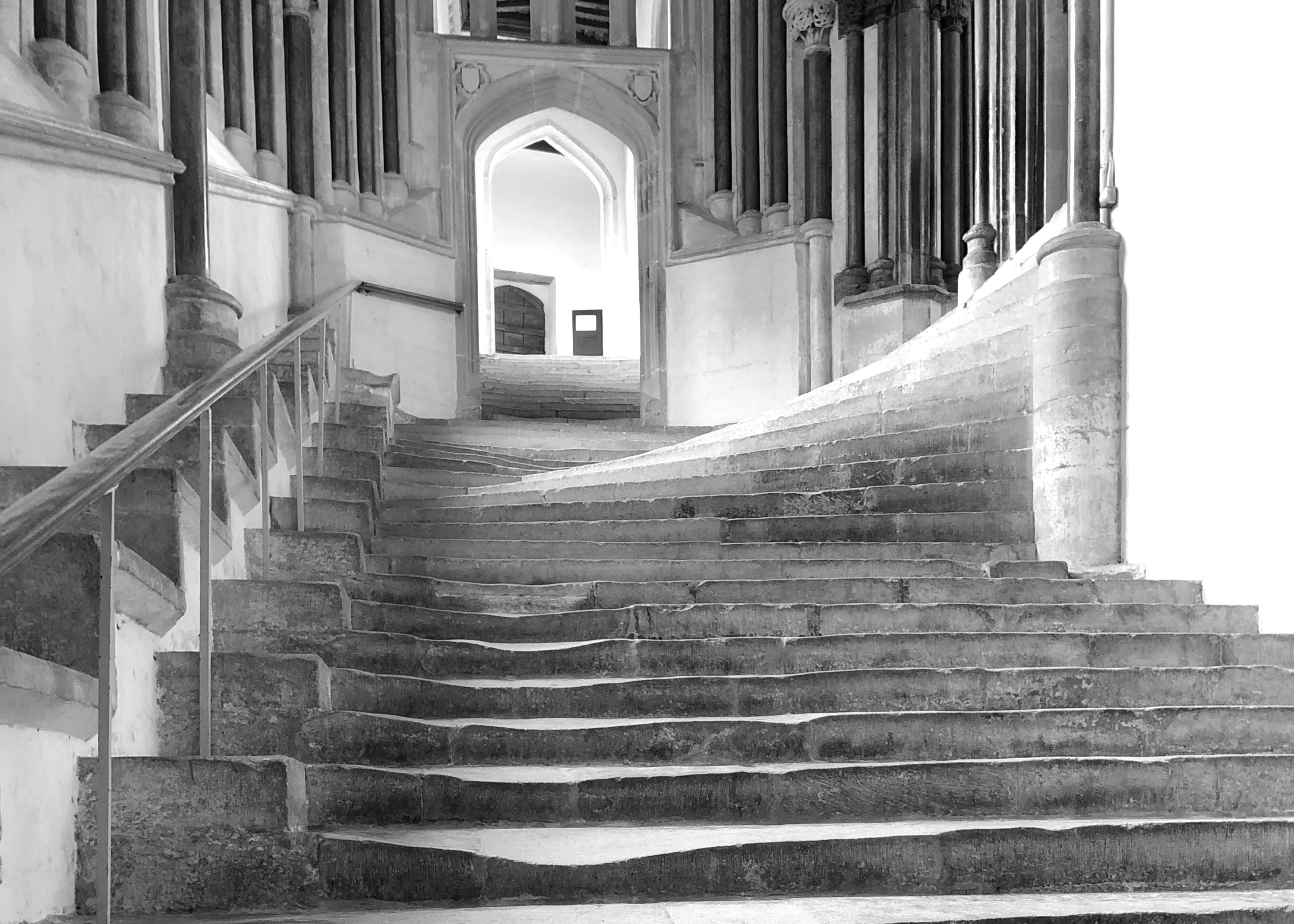 A few days ago I escaped the metropolis and headed for an impromptu but long desired trip to the West Country. I knew little of my destination except that there was a particular flight of stairs, that I knew only from a black and white photo, that seemed to be very well worth the time and the journey. Indeed these steps to heaven had inspired the promenade architectural of a house I once designed overlooking the Bristol estuary, sadly, at least for  me and I like to think the client, it remains unbuilt. Anyway for an architect schooled in the life of physical experience and touch, rather than reliance on the rich but unedited imagery of the internet, I saw this trip as validating the idea for use elsewhere.

The city did not disappoint. I travelled hopefully and found in defiance of the old adage, that it was in fact much better to arrive. I drove swiftly straight to the city’s two squares, one a dipping formal lawn the other an idiosyncratic yet most legible street expanded to accommodate an ancient market. For the city, as all small cities should, began as swiftly as it ended, with none of the tedium of urban sprawl or fashionable edge lands. As a result the populace, indigenous and visitors alike ensured that the busy looped high street was alive and all seemed to enjoy the civilising effect of chance and courteous encounter.

The West front of the Cathedral was magnificently distinguished by it’s Purbeck stone columns that framed the many fine carved stone  figure that were stacked, like a very refined cabinet of curiosities, from the first floor to the sky. Only the two figures accessible above the main doors had been defaced (literarily)  by Cromwell and the puritans of his aspiring Commonwealth. Perhaps, in the race to spread the excesses of their particular brand of democracy (that all too soon degenerated into corrupted absolutism and  pious misery) on the the greater populace elsewhere.