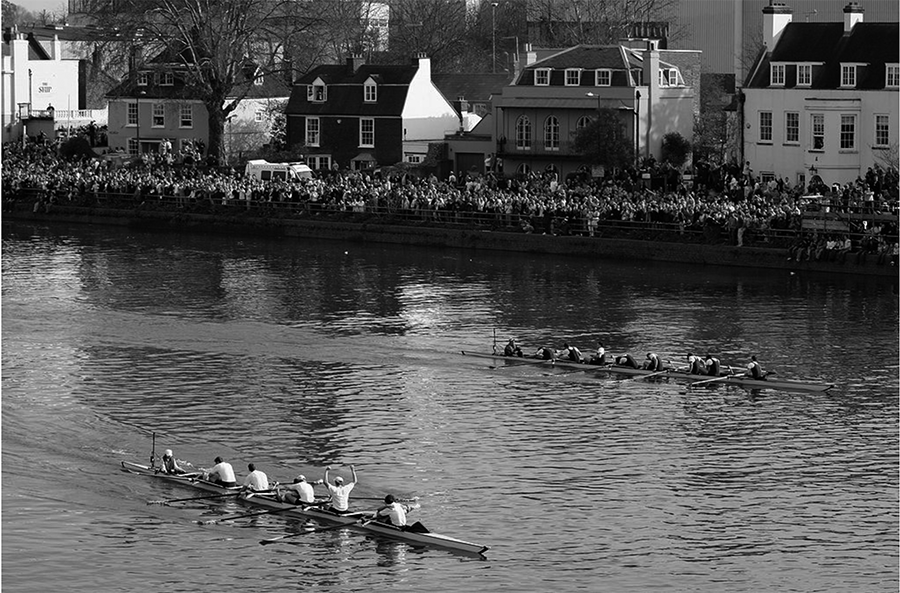 What do you mean, which boat race? There is only one: the Oxford Cambridge Boat Race on the Thames.

The Boat Race experience is binary. Seven months of training alongside academic work, six days a week, several hours a day and in the end you’re a winner – or you’re a loser. All of those gruelling morning starts, soul crushing sessions on the water and body shattering ergo tests distilled into 4¼ miles, every agony endured justified several times over for those who get to Mortlake first and worth not a jot to the laggards behind them. How many strokes laid down in training for each and every one taken during the race? Andrew Cotter is sure to remind us come 3 April – just as sure as he is to rhapsodise on the unmitigated elation of victory and the bleak desolation of failure. There are no prizes for second place. Such is Boat Race lore.

And yet those tropes entirely fail to capture my own experience of trialing with Oxford University |Boat Club (OUBC), which could be characterised as anything but ‘binary’. As an athlete – a term stretched to the limits of its meaning by my use of it in self-description – I fell well short. Forget the distinction between being in a winning or losing Blue Boat, I spent the season scrapping with heart and soul for the last spot in Isis. Finally, on a cold, dark evening of racing in February, I was not so much edged out of that coveted seat as flung unceremoniously over the saxboard by a fellow ‘college rower’. Going overboard that season wasn’t something I did exclusively metaphorically, either.